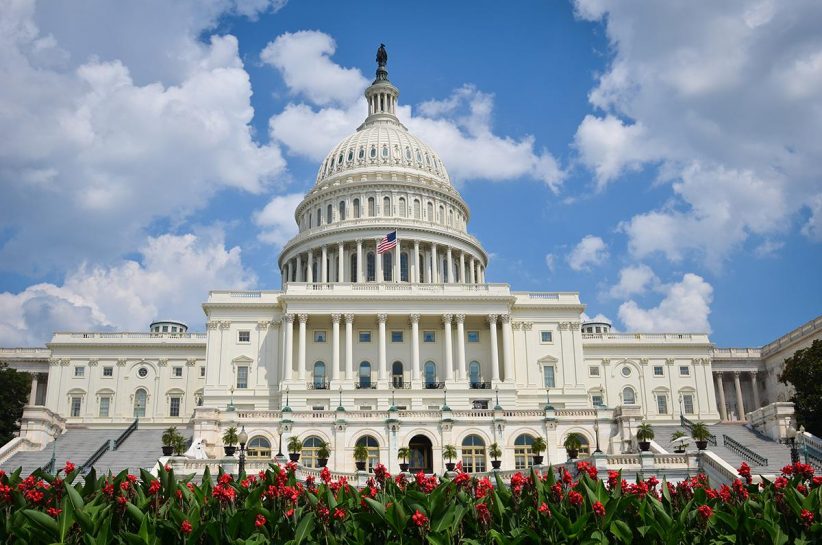 The US House of Representatives voted overwhelmingly on Tuesday to recognize the 1915 Armenian Genocide. The House voted 405-11 in favor of the resolution, which is not legally binding, however groundbreaking.

The House vote was widely covered by various international media outlets.  CivilNet has gathered some of the leading pieces which have covered the events of Tuesday in detail.

The passage of the legislation, by a 405-to-11 vote, is the first time a chamber of Congress has officially designated the 1915 mass killings of an estimated 1.5 million Armenians at the hands of the Ottoman Empire as a genocide. Lawmakers had previously shirked from supporting such a resolution to preserve the United States’ relationship with Turkey, a NATO ally that has steadfastly denied that the atrocities amounted to genocide.

Livid at Turkey’s bloody military assault in northern Syria, some lawmakers saw an uneasy parallel between the Armenian genocide and the bitter warnings from Kurdish forces that the withdrawal of American forces would lead to the ethnic cleansing of their people.

“Recent attacks by the Turkish military against the Kurdish people are a stark reminder of the danger in our own time,” Speaker Nancy Pelosi of California said in a speech on Tuesday.

It’s taken almost 100 years just to get one half of the U.S. Congress to acknowledge and affirm that such an atrocity took place and that, as stated by the nonbinding resolution, the U.S. government should no longer associate itself “with denial of the Armenian Genocide or any other genocide.”

With that, Turkey lost its already wavering support on Capitol Hill, and the dam burst with a flow of proposed sanctions, which also were approved by the House on Tuesday, and new momentum behind the long-stalled effort to officially recognize the Armenian genocide.

House Speaker Nancy Pelosi (D-Calif.) smiled, pausing for five seconds and shrugging her shoulders, when asked if Trump’s move had eased the way toward recognizing the genocide.

Rep. Ilhan Omar, D-Minn., on Tuesday refused to support a congressional resolution recognizing the Armenian Genocide, saying it was important first to condemn the preceding “mass slaughter” of “hundreds of millions of indigenous people,” as well as the “transatlantic slave trade.”

Omar, in a statement explaining her vote of “present” on the resolution, also seemingly suggested that the century-old mass killings of Armenians by Ottoman Turks may not have occurred at all. She asserted that “accountability and recognition of genocide should not be used as a cudgel in a political fight” but should instead “be done based on academic consensus outside the push and pull of geopolitics.”

“If we ignore history, then we are destined to witness the mistakes of the past be repeated,” the House speaker, Nancy Pelosi, said, urging support for the resolution on Tuesday. “Recent attacks by the Turkish military against the Kurdish people are a stark reminder of the danger in our own time.”

The California Democrat Adam Schiff, a sponsor of the resolution, said in a statement: “The House declared that it will no longer be party to the cause of genocide denial. This is a vote I have fought for 19 years to make possible, and one that tens of thousands of my Armenian American constituents have worked, struggled, and prayed for decades to see.”

The US House of Representatives has voted overwhelmingly in favour of recognising the mass killing of Armenians by Ottoman Turks during World War One as a genocide.

The issue is highly sensitive and comes amid deteriorating US-Turkey relations. Presidential hopeful Joe Biden said the vote honoured the memory of victims.

Turkey’s President Recep Tayyip Erdogan said the “worthless” vote, which was held on Turkey’s National Day, was the “biggest insult” to Turkish people.

Never in 35 years had such legislation been considered in a plenary sitting in the House. US representatives adopted Tuesday, October 29 with an overwhelming majority of 405 votes out of 435, a resolution recognizing as genocide the massacres of Armenians perpetrated under the Ottoman Empire more than a century ago. The result of the vote was welcomed by applause in the chamber.

In the wake of this vote, the elected representatives of the two parties adopted in the House a resolution asking President Donald Trump to impose sanctions against Turkey for its offensive in northern Syria.

Double punch from the House of Representatives in the US towards Ankara, two weeks after the visit of Turkish President Recep Tayyip Erdogan to the White House: the deputies of both parties have approved almost unanimously a resolution that recognizes the Armenian genocide and another that asks President Donald Trump to impose sanctions and other restrictions on Turkey and other Turkish political and national leaders in light of the offensive in northern Syria.

The House of Representatives of the United States voted, by a large majority, for a resolution recognizing the “Armenian Genocide” [in quotations by Rai News]. The unprecedented vote was welcomed by applause in the chamber. This is the first time such a resolution has been passed in the United States.