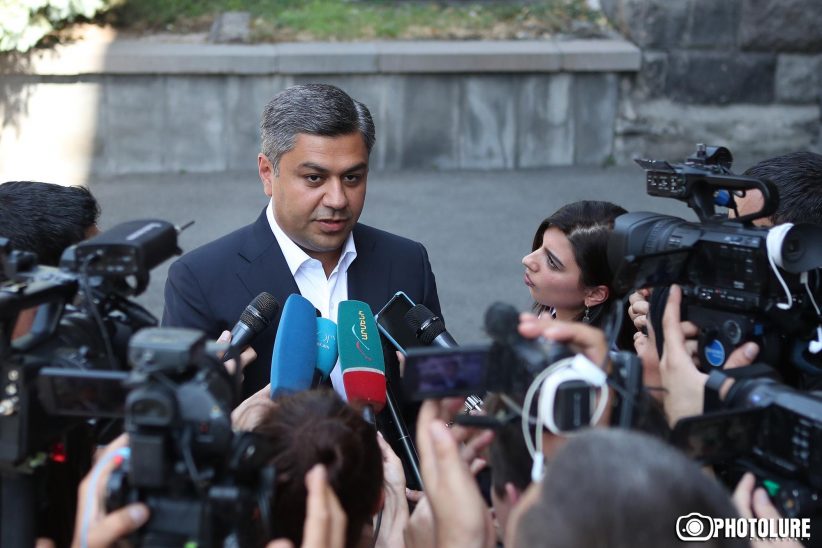 In an interview with 168.am news website, the former Director of the National Security Service, who was dismissed from his position in September, when asked whether the activities of organizations in Armenia connected to George Soros posed any danger to Armenia, Vanetsyan responded: “In short, yes.”

The Open Society Foundations, founded by George Soros, a Hungarian-American billionaire, investor and philanthropist is an international grantmaking network which has sought to advance educational, social, media and health initiatives. The Armenia branch has an office in Yerevan and has run numerous projects in the country since 1997.

These comments came on the back of Vanetsyan’s second resignation yesterday, as Head of the Football Federation of Armenia.

During the interview, Mr. Vanetsyan refused to answer a number of questions, including whether his personal security is in danger, whether Pashinyan played a role in his resignation as NSS head, whether there is a possibility of a second revolution, if there were orders to arrest former President Serzh Sargsyan during his tenure, and whether Armenia and Nagorno Karabakh are in a state of danger.

Artur Vanetsyan was then asked why he was not responding to certain questions. To which, he stated that there will come a time when he will openly answer what he thinks “has happened, is happening and will happen” in Armenia.

Thereafter, Vanetsyan was asked about speculation whether the former Intelligence Chief may reenter political life. He answered, “I have served my homeland all my life. I served as a NSS officer, (…) I must continue to serve my homeland. And time will tell how this service will be expressed. It depends on the demand and the events that will take place. As for your question about my future work, I am a free man, not constrained by anything and I will decide about engaging in politics or public affairs.”

Finally, when asked whether he thought he would be arrested. Vanetsyan bluntly answered: “What for?”

Armenian MP from the ruling My Step faction, Sargis Khandanyan rebutted Vanetsyan’s claims, saying that “he is trying to repeat and reproduce the messages often voiced on the street by some prominent anti-government circles.”

Khandanyan said Artur Vanetsyan has worked for many years in the National Security Service, and headed the agency for about a year. “How is it that he is only now concerned about the danger of the Soros Fund?” said Khandanyan.

The MP went on saying that, “we know very well who demonstrates against this Fund, we remember their past, and I think that it’s not honorable for a recently made General to repeat the manipulative statements of these people.”