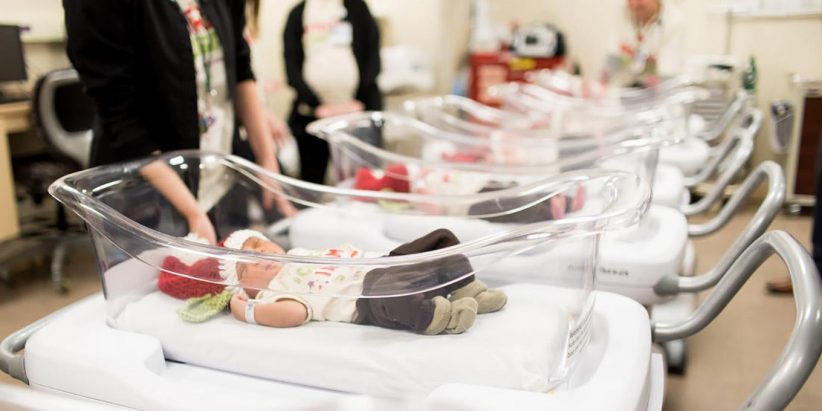 The uncovering of an illegal adoption ring in Armenia has led to the arrests of four, including Razmik Abrahamyan, head of a maternity hospital in Yerevan and the former chief obstetrician of Armenia.

Furthermore, Arshak Jerjeryan, the Deputy Director of the same hospital, Liana Karapetyan, a director of a Yerevan orphanage and an unnamed woman were also arrested, as stated by the State Prosecutor.

According to Hetq news website, Abrahamyan said he was suffering from his own health problems when speaking to reporters after appearing in a Yerevan Court. He told a Hetq reporter, “I don’t feel well.”

Abrahamyan, 76, has been charged for two counts including the illegal separation of a child from their parent as well as bribery. Besides this, he has already had corruption charges levied against him in April 2019.

The National Security Service of Armenia launched an investigation into the matter in November, claiming that they were looking into 30 cases that had occurred between 2016-2018.

The cases further involve claims that Abrahamyan deceived and pressured women to give their newborns up for adoption.

The allegations state that new mothers were either being told that their babies had died or that they were sick, encouraging the women to give them up for adoption.

An investigative committee announced that over 30 newborns had been illegally adopted to Italian foster parents from mostly unmarried women who were encouraged to not terminate their pregnancies but carry them out for the full term.

According to Azatutyun news website, one of the mothers involved, Haykuhi Khachatryan accused Abrahamyan of lying that she had had a stillbirth, when in actual fact her baby had been given up for adoption.

This, in addition comes on the heels of Abrahamyan pleading guilty to bribing former Deputy Minister of Health Arsen Davtyan whilst the scheme was taking place.

During a government session in January 2019, Ararat Mirzoyan, then first deputy prime-minister raised the alarm stating, “There are suspicions that some Armenian children, legally or illegally, are being adopted by foreigners and sent abroad, and that there might be cases where they are deprived of one of their kidneys, for example.”

Mirzoyan went on saying, “I tried my best to unravel (this) and I constantly had the feeling that something was wrong. (…) This is just the tip of the iceberg.”

Though the investigation has uncovered no evidence thus far that any organ harvesting took place.

Furthermore, during the same session, Artur Vanetsyan, then Director of the National Security Service, dismissed Mirzoyan’s claims, saying that “such a thing never took place.”

The scandal has rocked Armenia as many were in disbelief that such an organized crime ring was operating in the top medical establishments of Armenia.

Prime Minister Nikol Pashinyan also accused the previous Republican Party (HHK) government of creating the necessary environment and elements to allow for such an illegal adoption ring to operate.

The Armenian government moreover has announced that it will work to have the adopted infants returned to their respective mothers as well as reforming the adoption system to ensure that such schemes will not reoccur.