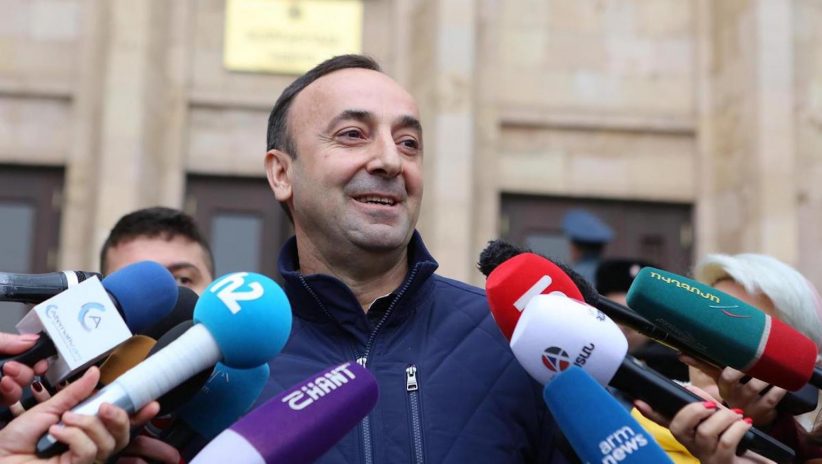 Armenia’s Special Investigative Service (SIS) conducted a search of the residence of the country’s Constitutional Court President Hrayr Tovmasyan on January 24 in Yerevan.

Tovmasyan was interrogated by the SIS multiple times, starting in December 2019, on charges related to “abuse of power”. The criminal case is connected to Tovmasyan’s tenure as Minister of Justice from 2010 to 2013.

According to the Criminal Code of Armenia, Tovmasyan could face a sentence of six years in prison, in addition to being removed from his position as President of the Constitutional Court.

Following the search, Tovmasyan told journalists, “Those in power today are attempting to get rid of me as President of the Constitutional Court. And all this is being done very unjustly.”

Tovmasyan has so far refused to testify, denouncing the charges as a political move designed to force him to resign.

“The real purpose of all this is political, (…) it is not in the interests of anyone in the country,” he noted.

When asked whether Tovmasyan had spoken to Prime Minister Nikol Pashinyan, he bluntly responded, “I haven’t and I have no intention to.”

Prime Minister Nikol Pashinyan’s “My Step” parliamentary faction has been working for some months to remove Tovmasyan who is widely seen as an ally of former President Serzh Sargsyan’s Republican Party, and as an impediment to reforms.

In May, Pashinyan outlined his stance on the issue of judicial reform, “The Armenian people perceive the judiciary as a remnant of the former corrupt system (…). The fact that the judicial branch of government does not enjoy the people’s trust means that it is not sufficiently legitimate.”