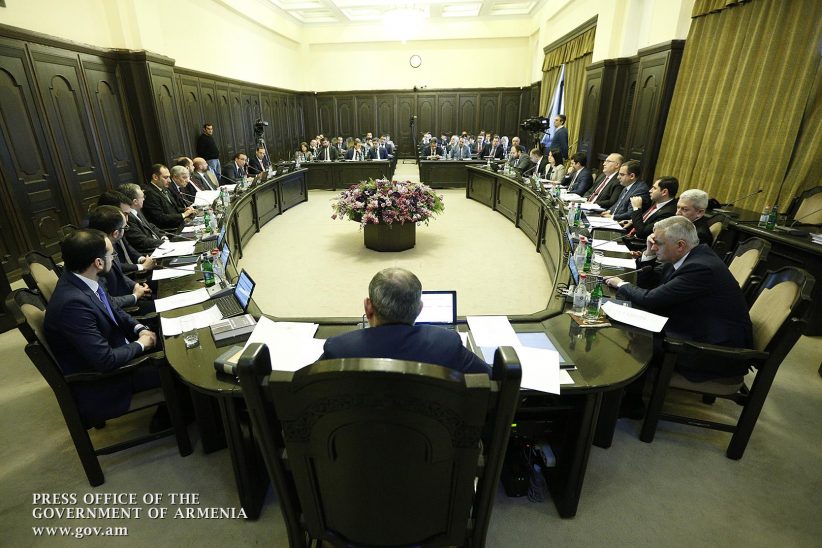 The story of a pen Prime Minister Nikol Pashinyan received as a gift from the head of the Constitutional Court has once again shown that this government has a problem when it comes to public communication.

Instead of sending clear and understandable messages to the public, discourse is often inadvertently pushed into the field of primitive manipulations, becoming “good raw material” for a number of media outlets as well as  individuals who wait for this type of content.

Over time, the lack of proper public communication is becoming more and more apparent.

Cases of the government’s mishandling of public communications

The Noravank Scientific-Educational Center was closed and in it’s place, the Orbeli Center was opened. In no way did the public understand why one low-quality center was replaced by another one. No explanation was provided.

The “Come Home” program, aimed at encouraging Diasporan youth to come to Armenia, was criticized and shut down shortly after its inception, and instead, the “Step Back Home” program was launched. These two programs are essentially the same. The media and public are not aware why the change was made.

The Center for Strategic Initiatives, a private-public partnership that works to enact policies to attract investment, was closed. Armenia’s government said that policy-making should be done within the ministries, not by a separate body, and that the salaries in that center too very high. To date, it has not been clarified whether groups within the ministries have been formed to develop similar policies.

The government decided that the efficiency of its work depends on the salaries of its officials and employees. It is decided that the gap must be filled with bonuses. Of course, an important step in the fight against corruption is the abolition of backdoor wages in an envelope. But it turns out that the bonuses were issued secretly. And the government, instead of explaining the purpose of its decision in advance, tried to avoid the discussion. The public does not yet know what the criteria is for public servants to receive bonuses, or whether there is any criterion at all.

The Ministry of Education decided that Armenian language, literature and history should not be mandatory subjects in higher education institutions for non-specialised students. The decision may have had reasonable justifications but the public was not made aware of them. Nor was it preceded by a public discussion. Not to mention  what a “ripe topic” it became for the media manipulators.

The Health Minister, who is one of the reformers in this government, presented the concept of mandatory health insurance  — a program that was developed without prior public discussion. And, strangely enough, it turns out that there were probably no discussions with other government agencies either. The Minister of Finance publicly opposed the reform.

The decision to close maternity hospitals in rural areas became another topic for media manipulators with comments like “they are leading the nation into destruction” and “they do not want the population of the country to grow” and so on. The ministry appears not as a proactive campaigner and reformer, but as a reactive respondent to crises. And in this conundrum, the most important point as to why it is essential to improve the quality of maternity care, at least in terms of demographic growth, is pushed aside.

In October 2019, the prime minister announced that Armenia will plant 10 million trees by the same time the following year. Another good intention. But again there is no study behind it, no calculations on where to plant, what kind of trees to plant, what  the production capacity of Armenian nurseries are, where will they take that many saplings from, who will plant them, where the money will come from. Armenia’s 2020 budget allocates only $863,000 USD for this large-scale project. In comparison, in 2019, $894,000 USD were allocated to the same initiative. How does such an ambitious program for 2020 have a smaller  budget than that of last year? It might have been more appropriate for the prime minister to have a fleshed out plan before making such a statement.

The prime minister announced that by 2050, Armenia’s population will reach 5 million. Let’s put aside that the United Nations Population Fund (UNFPA) forecasts a population of 2.81 million in Armenia by 2050, compared to the current 2.96 million. With what vision, what action or plan will help  reach this unrealistic figure? Of course, some steps are being taken, such as the one-off payments for newborns. But was there a demographic strategy behind this statement, or was it again just a casual statement?

The government decides that the slaughter of cattle must be done in slaughterhouses only. However, it turns out that there are not enough slaughterhouses, and logistical issues and social consequences are not considered. A few days of demonstrations by meat vendors and villagers, and the implementation of the decision is delayed until June.

The prime minister’s top advisers, including on foreign policy, leave office with no explanation to the public. The same is true of the sudden decision to dismiss his spokesperson. No explanation, while anti-government propaganda successfully links it to the PM’s New Year’s speech, when he read the same text twice because of a technical error. It would have gone unnoticed if the people in charge knew a little about the Streisand effect.

Yerevan municipality receives garbage trucks from the private sector, including from one of Armenia’s tycoons, Samvel Alexanyan. The one-year garbage crisis in Yerevan is being resolved. But instead of simply explaining the importance of the donation, the mayor pretends to be unaware of who the private donors are. Is there a problem in clearly explaining to the people that the private sector also has a social responsibility towards the country? Every day hundreds of thousands of citizens buy from the same Samvel Alexanyan supermarkets. Isn’t it logical for him to have his share of social responsibility towards those same citizens?

The topic of the Amulsar Gold Mine’s operation remains one of the most debated and most unclear for the public. Between serious public dissatisfaction in the case of mine exploitation, and major financial losses for the country if mine exploitation is banned, the government is unable to decide whether or not to communicate its decision to the public.

The prime minister’s call to block court entrances without a clear action plan is another one in  a series of failed communications. Such outbursts overshadow the actual judicial reforms, issues of priority are pushed to the background, creating fertile grounds for the former authorities to capitalize on it.

And the story of Hrayr Tovmasyan’s pen was the latest episode in  why such a thing cannot be done. No one doubts that Serzh Sargsyan and Bako Sahakyan were trying to hold on to power in Armenia and Karabakh through Tovmasyan’s constitutional amendments upon their final terms as presidents. And Tovmasyan had been bestowed the position of President of the Constitutional Court for those services. But as the whole nation awaits for “convincing arguments about Hrayr’s crimes,” a tale of a pen suddenly appears, and again a large-scale attack on the revolution, its values and expectations.

The public has high expectations from a legitimate government. But the government is wasting that stock of legitimacy, without getting the desired result.

The energy of positive change in Armenia cannot be wasted like this.

Read the artilce in Armenian.