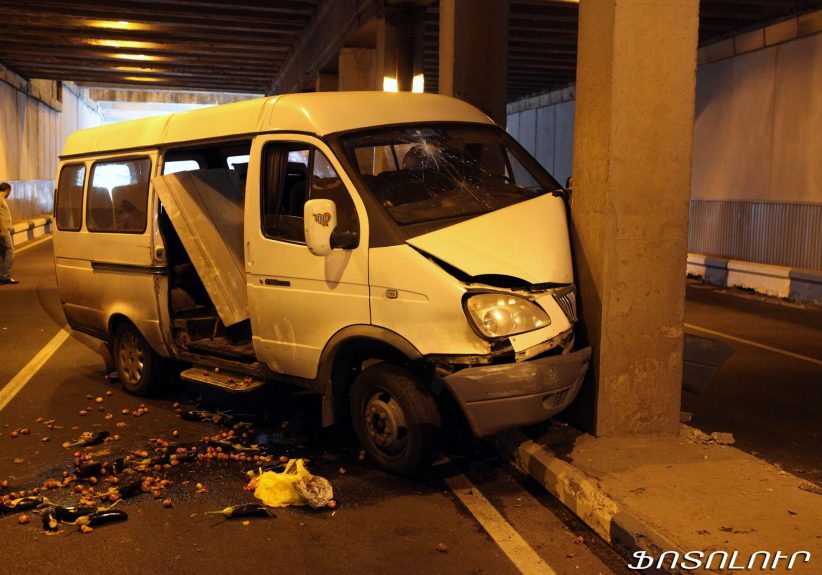 Recently-published data from Armenia’s Statistical Committee show a dramatic surge in the number of automobile accidents and accident-related injuries in the country last year. According to Armstat, as the state body is commonly called, there were nearly 5,000 automobile accidents in 2019, a year-on-year increase of nearly 17 percent, and nearly 7,000 accident-related injuries, a year-on-year increase of more than 14 percent.

Though many of the vehicles brought into Armenia in this period were then re-exported for profit to other EEU countries, particularly Kazakhstan, a significant number of vehicles remained in Armenia for their owners’ personal use. Indeed, there are now more than half a million privately-registered vehicles in the country. Moreover, many of Armenia’s passenger cars are registered in Yerevan, a city of barely more than one million people.

Aside from the unprecedented boom in car imports into Armenia, more lenient policing methods and a state program of fine forgiveness, both implemented following 2018’s Velvet Revolution, are also suspected to have played roles in the surge in automobile accidents. Long-standing problems with dilapidated infrastructure, inadequate public transport, and low-quality driver’s education in the country have also been cited.

Alongside a dramatic surge in accidents and injuries, the boom in automobile imports has led to unprecedented levels of traffic congestion and air and noise pollution, particularly in Yerevan. In fact, long commute times and worsening pollution have become frequent topics of discussion in the country’s press and on social media networks.

In an apparent effort to combat the issue, Armenia’s National Assembly unanimously approved amendments to the Laws On Road Safety in December 2019 that establish a point system for the country’s drivers. The system, which came into force on January 1, 2020, assigns every driver nine points per year. A traffic violation may result in a driver losing anywhere from half a point to four points, depending on the severity of the infraction. If a driver’s point total reaches zero, his or her license is to be suspended automatically.

Though experts forecast that car imports into Armenia will decline this year due to the end of the country’s preferential treatment in the EEU market, and politicians hope that the point system will deter reckless driving, it remains unclear whether either will successfully address the country’s growing problem with automobile accidents and accident-related injuries.

In picture: A traffic accident in Yerevan (Photolur).