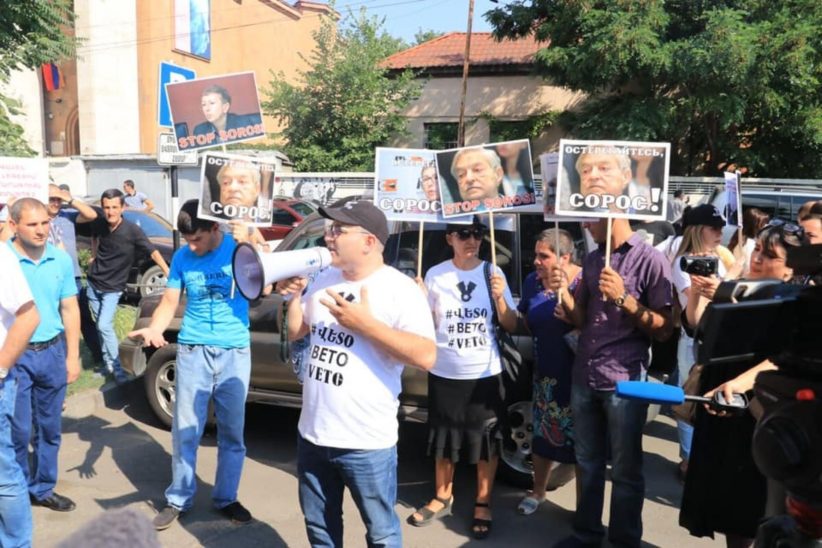 The brief detainment of several far right activists in Yerevan late last month has thrust the emergence of such groups into the country’s political spotlight. On January 28, police in Yerevan conducted a series of coordinated detentions of far right activists on weapon- and drug-related charges, which were ultimately unfounded. As a result, all the detained activists were quickly released, after which they began alleging mistreatment and excessive force by the police.

These arbitrary detentions, ostensibly to deter far right activism in the country, appear to have backfired, as far right groups have received numerous messages of sympathy and support following the incident. For instance, Armen Ashotyan, a high-ranking figure in the Republican Party, and Artsvik Minasyan, a high-ranking figure in the Armenian Revolutionary Federation (Dashnaktsutyun), both expressed their support for the activists following their detentions.

Far right activist groups became prominent in Armenia following the country’s Velvet Revolution in 2018, which provided a political opening for numerous groups sidelined under previous administrations. The most prominent far right group to have emerged in Armenia so far is Adekvad (meaning “adequate”), which originated as a Facebook page in June 2018, attracting nearly 30,000 followers. In May 2019, Adekvad announced its intentions to form a political party under the same name. Other far right groups active in Armenia include VETO, which itself splintered from Adekvad, and Kamq (meaning “will”).

Though the primary target of these groups is current Prime Minister Nikol Pashinyan and his administration, they often inoke divisive issues in Armenia’s ongoing culture wars as a means by which to criticize the current government. Like other nationalist and antiliberal groups in Europe and across the post-Soviet space, Armenian far right groups frequently engage in xenophobic, antifeminist, and homophobic discourses.

Far right groups in Armenia have focused much of their attention on targeting the offices of foreign organizations operating in the country, particularly the Yerevan office of the Open Society Foundations (OSF), an international grantmaking network founded by philanthropist George Soros. In their criticism of OSF’s activities in Armenia, Adekvad and other groups frequently peddle xenophobic and antisemitic conspiracy theories, claiming, for instance, that the Velvet Revolution was staged or masterminded by Soros himself.

At the same time, VETO and Kamq have been at the forefront of protests against Armenia’s ratification of the Istanbul Convention, which the Armenian government signed in 2018 but still has yet to ratify. The Istanbul Convention is a Council of Europe treaty that legally defines violence against women and requires state parties to take specific and concrete steps to combat gender-based violence. Far right groups have claimed the treaty imposes ‘alien’ values on Armenia and undermines ‘traditional’ gender roles in the country.

In a similar vein, Adekvad and VETO have organized numerous events targeting Armenia’s beleaguered LGBT community. For instance, in August 2018, the groups held celebratory rallies following a brutal attack on nine young LGBT activists and allies in the village of Shurnukh in southern Armenia.

Additionally, far right groups in Armenia engage in discourse that is more specific to the Armenian context, including the Nagorno-Karabakh conflict and the Armenian diaspora. Indeed, Adekvad and other groups have claimed that Pashinyan’s administration would “sell Karabakh” and even went so far as to label the education of young Armenians abroad as “the second stage of the [Armenian] Genocide”.

In so doing, these groups manipulate and instrumentalize divisive issues in Armenia’s ongoing culture wars by alleging Pashinyan’s support for liberal causes, which, in their thinking, discredits and delegitimizes the current administration entirely. In response, members of the ruling My Step faction have been fierce in their criticism of Armenia’s emerging far right groups and have even claimed that such groups receive funding from the Republican Party, which ruled the country before the Velvet Revolution.

Indeed, Armenia’s far right groups are widely rumored to receive significant financial support from figures connected with the Republican Party, though such ties have not been openly established, and the group’s leaders have consistently denied such allegations. Nonetheless, it is clear that Armenia’s far right groups have ties with figures from previous administrations.

For instance, Narek Malyan, the founder of VETO, previously served as a senior advisor to the Chief of Police under President Serzh Sargsyan. Moreover, far right groups receive frequent coverage on media outlets owned by or sympathetic to people connected with the former administrations, in addition to messages of support from Armen Ashotyan, Artsvik Minasyan, and other prominent prerevolutionary figures.

Armenia’s far right groups also parrot rhetoric that is strikingly similar to language employed by similar groups across the post-Soviet space. For instance, in campaigning against the presence of ‘foreign agents’ and the spread of ‘homosexual propaganda’ in Armenia, Adekvad and other far right groups in Armenia employ language used in controversial laws passed by the Russian government in the early 2010s.

In the short term, it is clear that Armenia’s emerging far right groups are capable of little beyond “small but noisy and constant harassment of the government”. In the long term, however, such activism does have the potential to shape the country’s political and social discourse. Indeed, one need look no farther than neighboring Georgia, where far right groups have, in recent years, been increasingly successful in mainstreaming a far right political agenda.