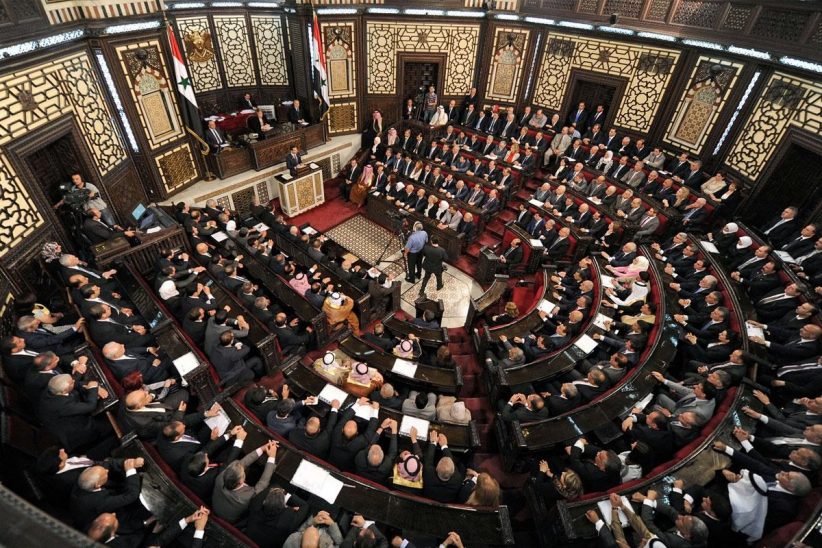 On February 13, the Syrian Parliament unanimously adopted a resolution recognizing and condemning the systematic massacres of Armenians in 1915 as “genocide.”

Mohammed Ibrahim, Ambassador of the Syrian Arab Republic to Armenia, also commented that, “Today the heirs of the perpetrators of the Armenian Genocide are committing the same crimes against the Syrian people.”

Chairman of the Arab and Foreign Affairs Committee of Syria, Boutros Mrjene, also emphasized that the massacres of the Armenians, was followed by massacres of Assyrians, Arameans and other minorities in the northern regions of Syria during World War I.

Many victims of the Armenian Genocide themselves ended up in Syria in notorious “death marches,” after Ottoman Empire officials ordered the forceful deportation of the Armenian inhabitants of Anatolia to the Syrian desert.

Since the outbreak of the civil war in Syria in 2011, relations between Syria’s President Bashar al Assad and Ankara have massively deteriorated.

The timing of the official recognition of the Armenian Genocide, also comes as a Syrian Army offensive takes place to clear Idlib province, one of the final Turkish-backed rebel held provinces of northwestern Syria.

This has further led to threats of increased military action by Turkey’s President Erdogan, who has been steadfast in his condemnation of Assad’s large military offensive which has already encircled multiple Turkish “observation posts,” in the Idlib countryside.

Syria thus became the second Muslim majority country after Lebanon to officially recognize the Armenian Genocide. This is a major breakthrough, considering that in 2009, when Syria-Turkey relations were at its peak, President Assad was one of the few foreign leaders to visit Armenia, and not visit the Armenian Genocide Memorial.

“Assad is one of three presidents who visited Yerevan and didn’t visit Tsitsernakaberd, the Armenian Genocide Memorial. Armenia’s protocol suggests that a president, who is in Yerevan on an official visit, should lay a wreath or flowers at Tsitsernakaberd. Assad was in Armenia on an official visit . He ignored the protocol to not offend his Turkish friends, Abdullah Gul and Erdogan,” wrote CivilNet journalist, Tatul Hakobyan.