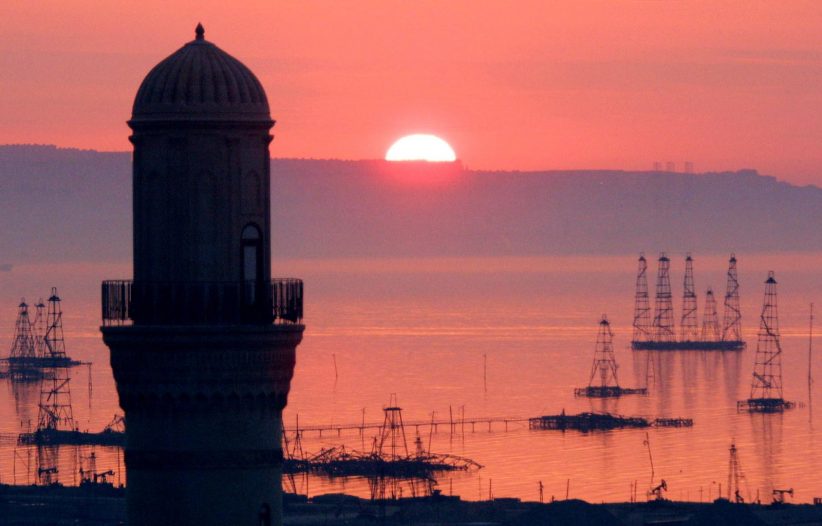 The article was published in the World Energy Weekly, a publication of French think tank Petrostrategies.

For the first time, an oil official in Azerbaijan has confirmed that production will begin a new phase of decline in four or five years’ time unless significant discoveries prolong the stable production expected by then. This was announced on February 10 by Yashar Latifov, Vice-President of the state-owned company SOCAR for field development. In an interview with Reuters, Latifov stated that “our task is to ensure stable oil production in the coming four to five years, and then a controlled decline, which will be managed by the planned expansion of exploration work at new and existing fields”. Drilling activity to ensure stable production will mainly target the fields and prospects at Bulla-Deniz, Absheron West, Pirallahi, Bank Darvin and certain onshore sites, said Latifov. Azerbaijan’s oil output peaked at 1.037 million b/d in 2010 before starting to fall. According to SOCAR’s Vice-President, the country produced 36.5 MMt (some 730,000 b/d) of crude oil and 38.4 bcm of gas in 2019, as compared to 37.5 MMt (750,000 b/d) of crude oil and 35.6 bcm of gas in 2018: a 2.7% drop and a 7.9% rise, respectively. These figures for crude oil are lower than those hitherto available: namely 795,000 b/d for 2018 and 764,000 b/d for 2019 (see PETROSTRATEGIES of January 20, 2020).

For his part, BP’s Vice-President for Azerbaijan, Georgia and Turkey, Bakhtiyar Aslanbayli, said on February 10, 2020 that the British major’s oil production from the Azeri–Chirag–Deepwater Gunashli (ACG) fields fell by 8.4% last year, from 584,000 b/d (29 MMt) in 2018 to 535,000 b/d (26 MMt). The group is still working to slow ACG’s falling production, said Aslanbayli. He further asserted that investments totaling $6 billion, devoted to the Azeri Central East (ACE) zone in particular, will help to offset the drop in ACG’s output. According to him, 300 million barrels are to be extracted from ACE by 2049. The ACG consortium’s contract, which was renewed – in a modified form – in 2017, should expire at the end of 2049. BP is continuing its exploration efforts in Azerbaijan, especally on the Shafag-Asiman offshore block and the shallow-water areas off the Absheron peninsula.

Unlike its crude oil output, which is thus visibly declining, Azerbaijan’s gas production is increasing, mainly thanks to the development of the Shah Deniz field (phase 2). Yashar Latifov thus announced that the field will yield 18.96 bcm of gas in 2020, as compared to 16.8 bcm in 2019. In the meantime, its condensate output will rise from 3.5 MMt to 4 MMt. At plateau, Shah Deniz’ two phases will yield 26 bcm/annum of gas (including 10 bcm intended for Europe) and some 6 MMt of condensate. Gas production on the Absheron field, which is currently being developed by Total, will be started up during the second half of 2021. At plateau, it will yield 5 bcm/annum of gas. For its part, SOCAR is developing the Umid gas field, where it hopes to increase production from 850 MMcm in 2019 to 960 MMcm in 2020. Unfortunately for Baku’s finances, gas prices are falling due to unbridled overproduction throughout the world, and will probably not recover substantially for quite a while.