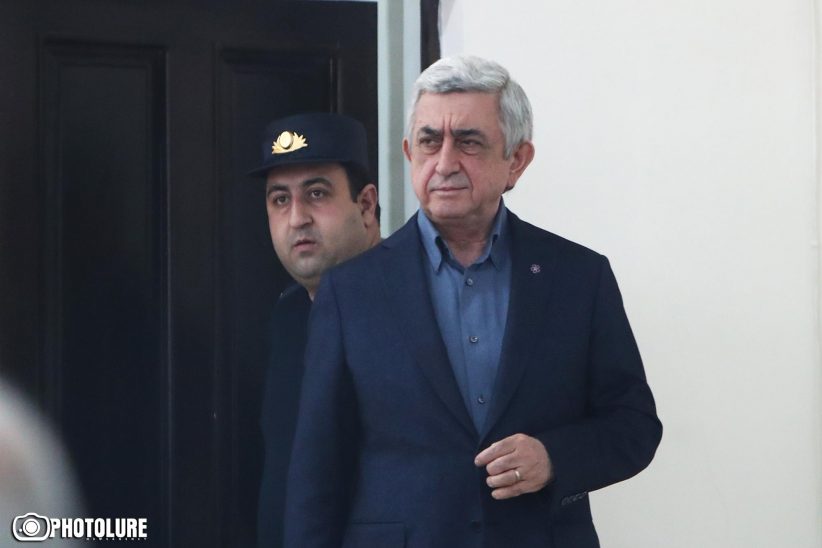 February 25 marked the first day of the trial against Armenia’s former President Serzh Sargsyan, who served as president from 2008 to 2018. Prior to the beginning of his trial, Sargsyan addressed a crowd of supporters who had gathered outside the courthouse, urging them to “defend justice” and “never forget about the security of Armenia” and claiming that “Nagorno-Karabakh will never be a part of Azerbaijan”.

Sargsyan stands accused of embezzling nearly one million U.S. dollars of state funds during the awarding of a public tender in 2013 that provided subsidized diesel fuel to low-income farmers in Armenia’s rural areas. If convicted, Sargsyan faces up to eight years in prison.

Armenia’s Special Investigative Service (SIS) claims that Sargsyan interfered in the awarding of the tender so as to ensure that a company with which he had personal ties would win. The SIS has stated that the government could have purchased the fuel from another supplier at a significantly lower cost.

Several senior members of the Ministry of Agriculture under Sargsyan’s administration, namely Sergo Karapetyan, Samvel Galstyan, and Gevorg Harutyunyan, as well as the owner of the company that was awarded the tender, Barsegh Beglaryan, face embezzlement charges in the case as well. Beglaryan is also the owner of one of Armenia’s largest petroleum importing companies.

At present, there are ongoing criminal cases against two former presidents in Armenia. Aside from the case against Sargsyan, charges have also been leveled against former President Robert Kocharyan, who served as president from 1998 to 2008. Kocharyan stands accused of attempting to overthrow the constitutional order during the events of March 1, 2008. He is currently in detention.

On that day, following a disputed presidential election, police violently dispersed protesters in Yerevan, resulting in the deaths of nearly a dozen people. Kocharyan then declared a state of emergency, imposed a citywide curfew, and brought army units into the capital. Current Prime Minister Nikol Pashinyan was himself one of the organizers of the protests and was briefly jailed afterward as a result.

In a separate development today, the judiciary announced that a decision on Kocharyan’s pending legal appeal will be made public on March 3. Kocharyan’s lawyers previously appealed to terminate his case on the grounds that the article of the Criminal Code under which he is being charged was adopted in 2009 and therefore does not apply retroactively to events prior to its adoption.

Pashinyan came to power following the 2018 Velvet Revolution, a series of mass protests that sprung up in response to Sargsyan’s attempt to retain power beyond his second consecutive term as president. Pashinyan also made numerous pledges to root out Armenia’s endemic corruption during the protests. Indeed, aside from Presidents Sargsyan and Kocharyan, legal action has been initiated against several other prominent figures from the prerevolutionary administrations, including Constitutional Court President Hrayr Tovmasyan, former National Assembly Speaker Ara Babloyan, and former Chairman of the State Revenue Committee Gagik Khachatryan.