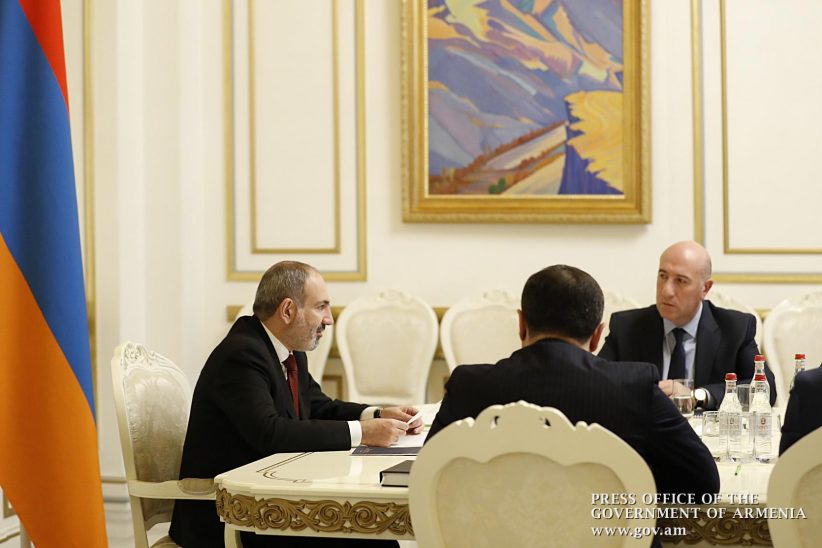 On February 26, Armenian Prime Minister Nikol Pashinyan held an anti-corruption meeting with the heads of the country’s various law enforcement agencies, during which he claimed that his administration has so far managed to recover roughly 150 million U.S. dollars in the course of investigating corruption-related cases.

Nevertheless, the prime minister underlined the continuing need to fight corruption within the Armenian government, arguing that the lack of responsiveness shown by many of Armenia’s law enforcement agencies in corruption-related cases has provided corrupt officials with opportunities to “hide evidence” or “escape from Armenia” and “will perfectly compromise [the country’s] law enforcement system”.

Finally, Pashinyan vowed to press on with the government’s attempts to implement anti-corruption reforms, noting that Armenian society, as of now, “is not satisfied with the results of the [government’s] fight against corruption”.

Pashinyan came to power following the 2018 Velvet Revolution, during which he made numerous pledges to root out the Armenian government’s endemic corruption. According to Transparency International, Armenia suffers from “entrenched corruption, strong patronage networks, a lack of clear separation between private enterprise and public office, [and an] overlap between political and business elites”.

In October 2019, Pashinyan’s cabinet approved the Republic of Armenia’s Anti-Corruption Strategy and Action Plan for 2019-2022, previously put forward by country’s Ministry of Justice. Moreover, a number of figures from the prerevolutionary administrations, most prominently former President Serzh Sargsyan, are currently under criminal investigation for embezzlement and other forms of corruption. Nonetheless, Pashinyan’s administration has made little concrete progress in enacting systematic and institutional anti-corruption reforms since the Velvet Revolution.

Indeed, during the anti-corruption meeting held earlier today, Pashinyan himself cited a recently published World Bank report examining the phenomenon of elite capture of foreign aid in developing economies. Armenia, as one of the world’s most aid-dependent countries, was included in that study.