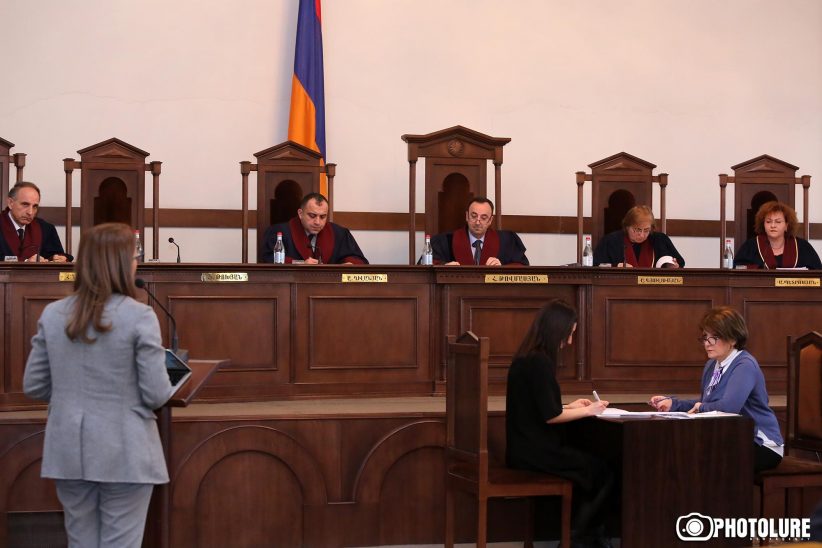 None of the judges of the Constitutional Court of Armenia have applied to an optional early retirement plan designed by the government to allow the judges to leave their appointed positions before their tenure expired and receive a pension.

The government however, which has made judicial reform a major priority, has dismissed such claims, stating that the Constitutional Court is affiliated with the previous regime.

During a debate on the law in the National Assembly back in November 2019, Ararat Mirzoyan called the Constitutional Court, “One of the last bastions of the old, corrupt and authoritarian Armenia.”

The government also justified the spending that early retirement would incur, as being less than whatever the current constitutional crisis and referendum campaign will incur.

If any of the judges had opted to retire early, they would have received a monthly pension of about $1,500, until their legal retirement age.

Many of the judges of the Constitutional Court who were eligible for this program had already declared their opposition to accepting the government’s plan prior to the deadline.

Applications for early retirement had to be submitted by February 27, 2020 to the President of the National Assembly, Ararat Mirzoyan. However, according to Mirzoyan’s staff and Minister of Justice Rustam Badasyan, not one application was submitted.

A Constitutional Referendum Is Set for April 5

A constitutional referendum is set for April 5, 2020. If approved, members of the Constitutional Court, including Hrayr Tovmasyan, who were appointed before the 2018 Armenian Revolution, by previous Armenian administrations, will have their powers suspended.

Leader of the opposition Bright Armenia Party, Edmon Marukyan had criticized the law, highlighting the impracticality of such a move. Marukyan had said it would be unlikely that any judge would apply for the scheme, adding that if any judge did accept the pension salary, then in a way, they would be proving their own guilt.

Marukyan also denounced the government’s strategy, saying that judges wouldn’t say, “I have a criminal past, give me money, I’ll go sit at home.”

The Venice Commission, an advisory body of the Council of Europe, composed of experts of constitutional law, has been following developments with regards to the standoff between Prime Minister Nikol Pashinyan’s government and some of the members of the Constitutional Court.

Although they have stated that Armenia’s judicial reform package is in line with European standards and does not curtail the independence of the judiciary, they did raise concerns back in October 2019 about the early retirement scheme, stating that, “The offer of early retirement is not objectionable,” “Must remain strictly voluntary,” and cannot “Hinder the functioning of the Constitutional Court.”

Minister of Justice Rustam Badasyan, stated that the failure of the early retirement scheme was in part due to government critics portraying it as a bribe. He also added that the main focus now is the constitutional referendum in April which will allow Armenian voters to decide the fate of the Constitutional Court.

As are all other government strategies appear to be exhausted, it remains now to be seen how the constitutional referendum will play out.

No party has declared its intention to campaign for the “no” option. But, the ruling “My Step” parliamentary faction, Aram Sargsyan’s Republic Party, Stepan Demirchyan’s People’s Party, the Citizen’s Decision Party and former President Levon Ter-Petrossian’s Armenian National Congress Party, will all campaign for the “yes” option.