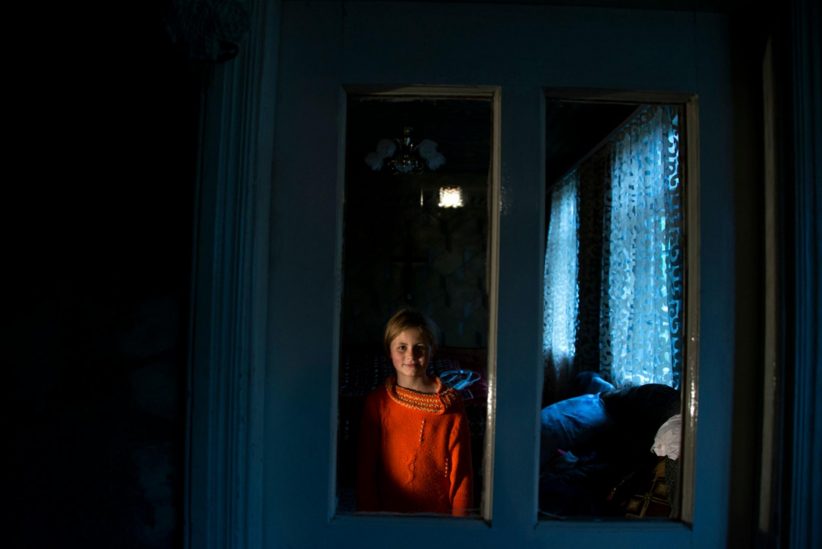 By taking us straight to the construction site, showing us the village life in Chinari, a town in Tavush province in Armenia,  or even lifting the red curtains of the theatre stage, 4Plus, an Armenian photo-story media platform, allows the viewer to merge themself and live through different stories. All of these small stories, in turn, provide a deeper glance into the wider issues of labor rights, minority rights, and women’s issues.

In 2012, when Armenian  photojournalists Nazik Armenakyan, Anahit Hayrapetyan and Anush Bababjanyan launched 4Plus, there were very few platforms where their work could be displayed. This prompted them to create this space which would embrace the photo-stories format and serve as an alternative to conventional news media. Until today, 4Plus remains a pioneer in the field of documentary story-telling in Armenia.

With the goal of empowering women and minority groups whose rights are being violated, 4Plusis committed to documenting social issues and violations of human rights.

“A story can be recounted in countless ways, however our approach is to concentrate on the individual,” notes Piruza Khalapyan, one of the board members of the platform.

Instead of showing disheartening statistics or overwhelming the reader with details, 4Plus presents issues through personal stories.

“We photograph stories about social themes that people overlook,” elaborates Nazik,  “Everyone and everything deserves to be photographed.”

The team is not afraid to publish about provocative and controversial topics that have been visually underrepresented in the mainstream Armenia media. Although some of these topics are not easily accepted by the audience, and the response is not always positive, Nazik explains.

However,  their work nonetheless contributes to the creation of a discourse on these topics. “At least people start to talk about them.”

A big focus of the website is women and their role in society. The project “Persona” combines six different stories, each of which focuses on one woman, her daily life and the issues she confronts.

“It also helps to shift the audience perceptions about these women,” mentions Nazik.

4Plus also released a short film called “An Armenian Must,” which grapples with questions about Armenian identity, specifically focusing on Armenian youth who live in Georgia. The film explores how Georgian-Armenians identify themselves as Armenian and what were the societal “musts” they believed they should adhere to.

The team admits that editing and photographing all these stories can be arduous. In each story, the photographer spends weeks shooting, then revisiting and reshooting.

“We discuss the stories with our team meticulously, making sure that every picture has an emotional aspect to it and is powerful enough to tell a story,” explains Piruza.

4Plus also organizes workshops on documentary photography in different regions of Armenia, including Vanadzor, Gyumri, Kapan and Stepanakert. As Piruza mentions, many of the young photographers are interested but do not have the skills of a documentary photographer or filmmaker. There are not many institutions in Armenia that teach and train on those subjects.

“One of our future plans is to open a photography school, where Armenian youth can get a quality education,” says Nazik.

Both Nazik and Piruza graduated from the Caucasus Institute’s program on Documentary photography organized by World Press Photo foundation in Armenia, and they explain that the education they got there is missing in Armenia.

“I always say that photography is about communication,” says Nazik, “We want to teach our youth that what is important is their ability to listen to people, to become intimate with them and only in the end, to take a picture.”

This principle is clear in their work, as all of their photo-stories demonstrate a deep connection with the people they present. By viewing these individuals more personally, and showing a fuller picture of their life and not just the very darkest aspects, a deeper understanding of the social issues can be attained and the themes that 4Plus explores can be better unraveled and presented to the general public.