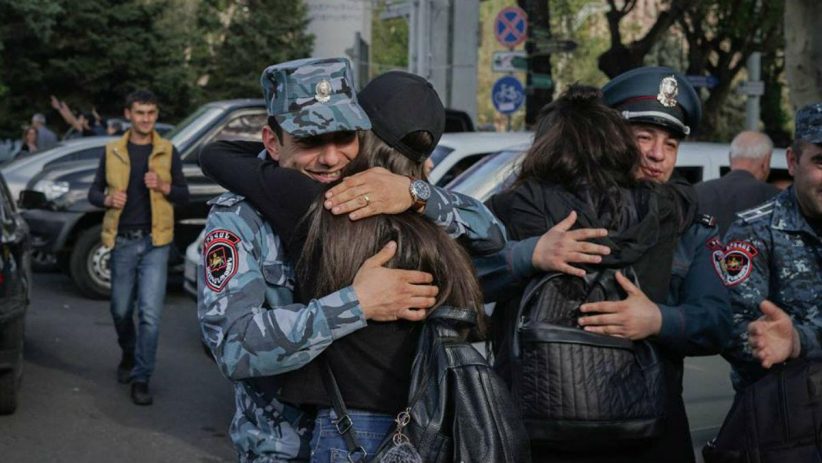 In February, Armenia’s Ministry of Justice published a draft of the government’s police reform plan, entitled the Police Reform Strategy and Action Plan for 2020-2022. Among other changes, the plan envisages the reorganization of the country’s police as a reestablished Ministry of Internal Affairs. Under the current system, the police force directly reports to the prime minister, as does the National Security Service (NSS). However, if reorganized as a separate ministry, the police force will instead report to the National Assembly.

Armenia’s security services are concentrated mainly in two state bodies, the police force and the NSS. At the highest level, Armenia’s police force is composed of a central apparatus and deliberative body, which oversee officer activity, and separate departments for each region of the country, as well as the city of Yerevan. Within officer ranks, divisions include the internal security police, the criminal police, and the patrol, or traffic, police.

Armenia’s NSS oversees national security and intelligence in the country and is the successor organization to Soviet-era Armenia’s KGB. The NSS is composed of a central administration and a network of regional authorities that oversee the body’s activities in each region of the country.

The prime minister’s direct control over the country’s law enforcement and intelligence agencies was established in 2015 under then-President Serzh Sargsyan as part of a controversial package of constitutional amendments that moved the country from a semi-presidential to a parliamentary system of government. Prior to 2015, Armenia’s police force and the NSS were subordinate to the office of the president.

Critics argue that the prime minister’s direct control over the police and the NSS, which they have labeled a “super premiership” system, has contributed significantly to a notorious lack of transparency and accountability in Armenia’s law enforcement bodies. The proposal to reorganize the police force as a newly-empowered ministry has been presented by the government as an attempt to address those issues by providing the National Assembly with oversight powers.

Last year, two proposals to restructure the country’s police force as a reestablished Ministry of Internal Affairs were put forward in the National Assembly by the opposition Bright Armenia Party. Both bills were voted down by majority of lawmakers, who framed them as “ill-timed and insufficiently considered”.

Discussions of police reform in Armenia very often turn to the experience of neighboring Georgia, which has implemented one of the most effective police reform programs in the post-Soviet space. Police reform in Georgia, which was carried out largely in the mid-2000s, involved the mass dismissal of the vast majority of law enforcement agents, a significant increase in officer salaries, the introduction of strict penalties for bribe-taking, and meaningful improvements in law enforcement infrastructure.

At present, however, it is unlikely that Armenia will be able to exactly follow Georgia’s example of police reform.

At present, however, it is unlikely that Armenia will be able to exactly follow Georgia’s example, as police reform in Georgia occurred in quite specific, and perhaps even unrepeatable, political and economic circumstances: an extremely high level of public trust in the administration of then-President Mikheil Saakashvili immediately following the 2003 Rose Revolution; a massive expansion of the state budget due to a program of privatization of non-essential state assets; and considerable financial and material assistance from the U.S. government and other international actors.

Armenia’s police force has long suffered from numerous systemic and institutional shortcomings, most notably rampant corruption and the widespread use of force, including torture and other forms of abuse. Prime Minister Nikol Pashinyan has repeatedly emphasized that he considers police reform a majority priority in Armenia. But aside from a few minor attempts, the Police Reform Strategy and Action Plan represents his administration’s first systematic attempt to reform the country’s law enforcement bodies.

Armenia’s police force has long suffered from numerous systemic and institutional shortcomings, most notably rampant corruption and the widespread use of force.

The last proposal was roundly criticized by former government officials, economists, and other experts, who expressed concerns that Armenia’s law enforcement agencies would be unprepared and ill-equipped to investigate serious financial crimes. Amid coverage of the criticism in the Armenian press, including CivilNet, the Armenian government withdrew the proposed change and vowed to keep the Financial Monitoring Center under the administration of the country’s Central Bank.

Non-structural changes envisaged by the Police Reform Strategy and Action Plan include updates to the system of police training, both in content and teaching methods, upgrades to technical equipment, improved mechanisms for public dialogue and consultation, and increased efforts at international cooperation and the exchange of best practices.

It does not appear that the government’s plan envisages the reorganization of the NSS as a separate ministry at this time.

Other Police Reform Efforts in Armenia

Aside from the Police Reform Strategy and Action Plan, the current administration has implemented a number of other police reform measures, but they have been piecemeal and limited at best. For instance, there is evidence that corruption in the police force, particularly among the patrol police, has declined following the mass dismissal of high-ranking law enforcement officials in May 2018. Nonetheless, financial abuse, including bribe-taking, remains a significant problem in Armenia’s law enforcement bodies.

At the same time, the current government has also approved changes that have prompted criticism from civil society and have been widely seen as steps away from, rather than toward, the establishment of a transparent and accountable law enforcement system. Perhaps most controversially, the National Assembly approved an amendment in January 2020 that permits police to conduct independent wiretapping operations on Armenian citizens’ telephones. Several of Armenia’s most prominent human rights activists quickly came out against the amendment, expressing concerns that the police force would not make use of their expanded powers in a transparent and responsible manner.

In picture: Activists embrace police officers during the mass protests of April 2018 in Yerevan (Photo: CivilNet)