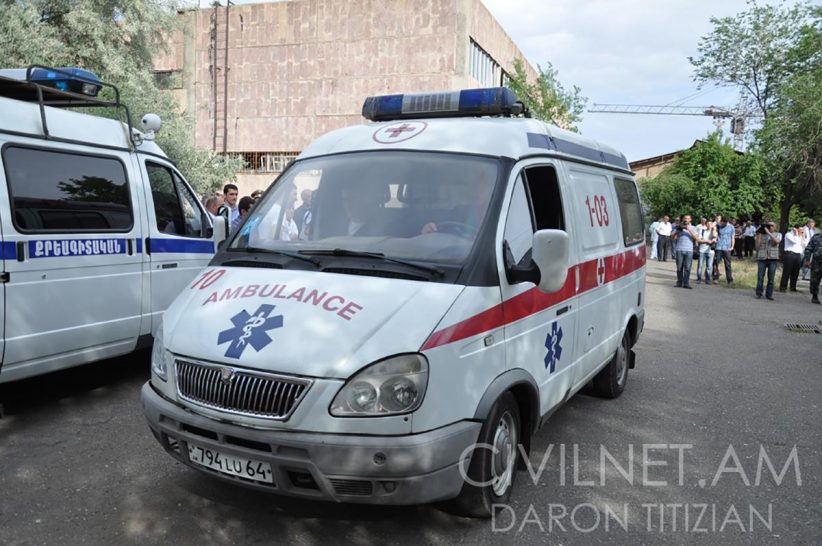 A man was arrested in Gyumri under suspicion of severely beating a 13-year old girl and murdering her 43 year-old mother.

The 28-year old man, who police believe had a close relationship with the mother, called emergency services who discovered the severely beaten minor and the woman who was already deceased, about eight hours after being beaten, according to the prosecutor.

The 13-year old girl is currently at Gyumri Medical Center where she is undergoing surgery and said to be in a critical condition.

The case was brought up in today’s session of the National Assembly, with members calling for tougher legislation to combat domestic violence.

Domestic violence has been a significant issue in Armenia, with many activists and politicians fighting to combat it.

Although a domestic violence prevention law now exists since 2018, the Istanbul Convention, a Council of Europe initiative that aims to prevent violence against women, has been signed, but is yet to be ratified and implemented.

Critics of the initiative claim it is an affront to Armenian values and claim it is based on European and Western values.

As a United Nations member, Armenia is also under obligation under The Convention on the Elimination of All Forms of Discrimination Against Women, to ensure its citizens are protected from domestic violence.

The new domestic violence law was instituted in Armenia in January 2018, after much debate and resistance. That law brought about criminal liability for those found guilty of committing domestic violence. It moreover gave a direct legal basis for law enforcement intervention in instances of cases of domestic violence.

Lara Aharonian, founder and director of the Women’s Resource Center in Yerevan, said that before this law was passed, there were numerous instances of police not intervening in cases of domestic violence, using the fact that there was no law allowing them do so.

Still, the issue of domestic violence remains in Armenia, as the case in Gyumri demonstrates.