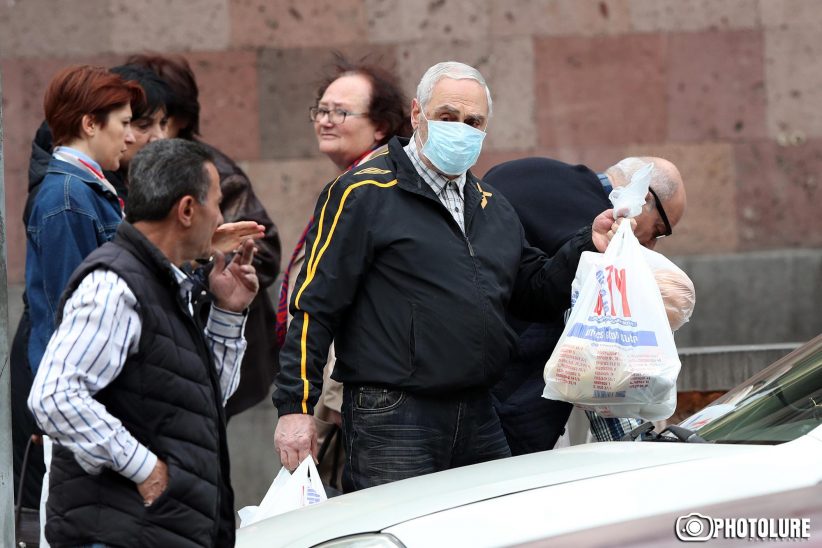 The number of confirmed cases of COVID-19 in Armenia has risen to 15.

All patients have been hospitalized and are in good condition, except one who has been diagnosed with pneumonia.

The number of cases had hovered at just one for some time after a man who had traveled to the Iranian capital tested positive with the virus on March 1.

During a live stream on Facebook, Prime Minister Nikol Pashinyan said that a woman who returned from Italy attended an engagement party in Echmiadzin and that she had infected her husband and cousin.

Pashinyan also said that health authorities had been trying to contact the woman and get her to come for check-up, but she insisted she was completely well, when in fact she had already developed symptoms including a fever.

Pashinyan said that considering the circumstances, it was difficult for Armenian health authorities to act to contain the spread of the virus.

Deputy Prime Minister Tigran Avinyan also announced that the Armenian-Georgian border will be closed from Saturday for ten days, after an agreement between Armenian and Georgian authorities. However, this new restriction will not apply to Armenian citizens seeking to return home.

Moreover, after an emergency meeting of ministers, Pashinyan announced that all educational institutions in Armenia will also be closed next week.

Pashinyan and his wife Anna Hakobyan have self-isolated in Sevan, due to Hakobyan’s recent meeting with the President of Brazil during her journey to Latin America. This comes after reports that the President of Brazil Jair Bolsonaro had tested positive with COVID-19, although Bolsonaro has stated he tested negative. Pashinyan and his wife will also be tested for coronavirus on Saturday.

Furthermore, 28 of the 31 people who had been isolated at the Golden Palace Hotel in Tsaghkadzor will be allowed to return home, with two of the remaining three patients testing positive.

With flights also suspended to Italy until early April, Armenia’s Deputy Prime Minister Tigran Avinyan announced that a charter flight from Rome to Yerevan will be organized for March 15 to evacuate Armenian citizens from Italy.

It also remains unclear whether the April 5 constitutional referendum and the general elections in Nagorno-Karabakh on March 31 will be suspended.