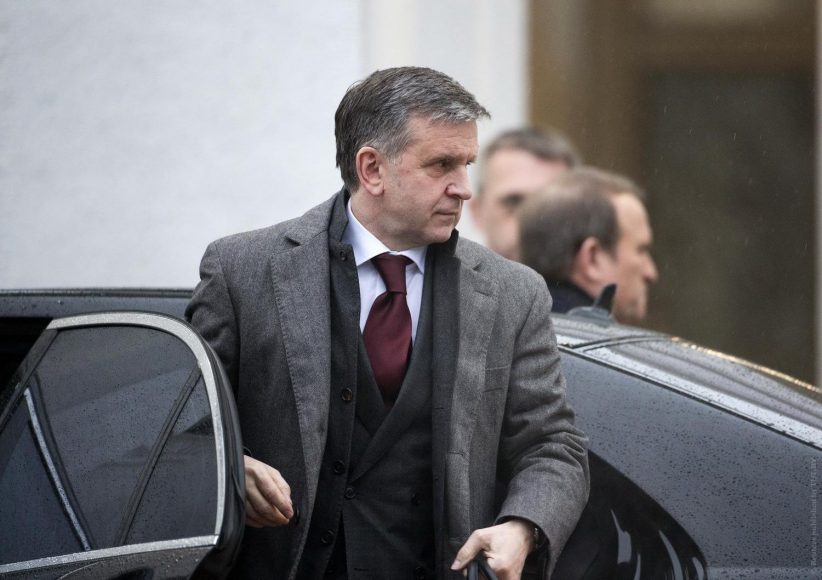 In November of 2019, CivilNet published an investigative article (English, compact version of the article) on the changes among shareholders of the Zangezur Copper and Molybdenum Combine (ZCMC). According to the article, shares of the Combine belonging to Maxim Hakobyan and his sons were transferred to Armenia’s former Ambassador to the Vatican Mikayel Minasyan’s affiliates. Mikayel Minasyan is the son-in-law of the former president Serzh Sargsyan.

A company called Walnort Finance Limited had been mentioned on the plant’s shareholders’ list since 2018. The only representative from the company, Jean Jacques Louis Paul Buffet from Switzerland, of whom there is no information about on the internet, did not respond to CivilNet’s inquiries, and there were grounds to suspect him of simply being a proxy person, a company registrant and provider of legal services.

In late November, when the plant organized a press tour and held a press conference, one of the reporters asked Thomas Heil, chairman of the board of directors, whether he knew or had contacted Buffet. Heil gave a negative answer.

The documents obtained by Civilnet from the Cyprus Companies Registry, reveal that on February 3, the shares of Walnort Finance Limited, owned by Jean-Jacques Buffet, were sold to Russian politician Mikhail Zurabov, who now owns 12.5 percent of the company’s shares. During the deal, Zurabov acted as a businessman.

Mikhail Zurabov has been a prominent figure in Russia’s politics. In 1998-1999 Zurabov served as an advisor on social issues to President Boris Yeltsin. Afterwards Zurabov was appointed chairman of the Pension Fund. Known for his social reform efforts, he became Russia’s Minister of Health and Social Development in 2004, then an advisor to President Dmitry Medvedev; and later, was appointed Russian ambassador to Ukraine, remaining in that post until 2016. That’s when the Revolution of Maidan took place in Ukraine.

Mikhail Zurabov’s brother, Alexandr Zurabov, was the CEO of Aeroflot, and is a shareholder in several other companies.

In 2020, for the first time, Armenia will publish a Public online register as part of the Extractive Industries Transparency Initiative to ensure the disclosure of beneficial owners of the extractive companies. Companies had to submit a statement about their real owners to the Ministry of Justice by February 20. This change of shareholders in Zangezur Copper and Molybdenum Combine should have been included in the above declaration. According to information acquired by CivilNet, the Combine has not recorded any recent changes in its statement. The latest news about the chain of shareholders on the Combine web site are also missing.

Currently, 75 percent of Zangezur Copper and Molybdenum Combine shares belongs to the German Cronimet Group, 12.5 percent to Moon Metals CJSC, whose shareholder is Walnort Finance Limited in Cyprus, whose shareholder in turn is Mikhail Zurabov. According to Combine’s website, the other 12.5 percent is owned by AMP Holding, which is owned by the plant’s director Mher Poloskov, his deputy Narek Ambaryan and former Syunik Governor Vahe Hakobyan’s brother, Karen Hakobyan.