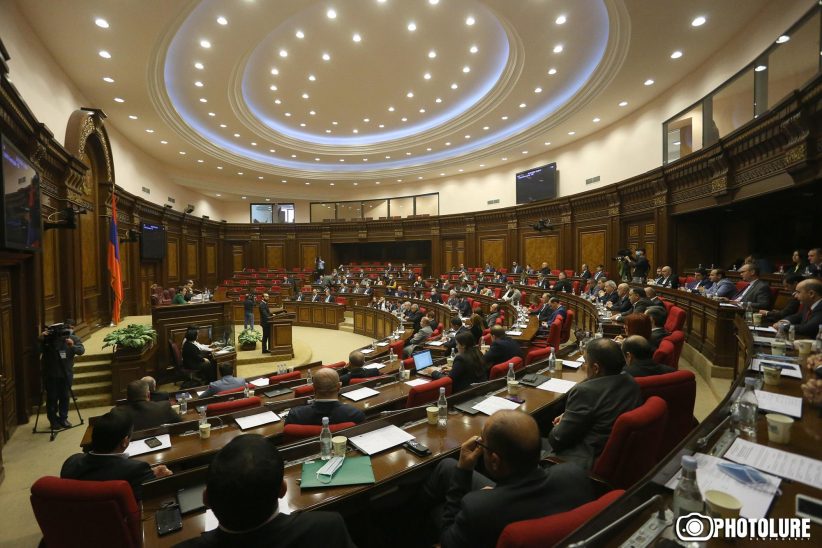 Amid strong opposition, Armenia’s National Assembly adopted a draft bill that could limit the right to protection of personal information. On March 30, 57 deputies voted for the draft bill, 24 against and one abstention. Lilit Makunts, the parliamentary leader of the ruling My Step Bloc, said the bill will likely be amended before being passed in the final reading.

Armenia’s government proposed amendments to the Law on the Legal Regime of State of Emergency, to impose restrictions on the right to protection of personal data, such as the inviolability of the private and personal life, and the right to freedom of communication and secrecy. Backers of the bill say these amendments are designed to limit the spread of the coronavirus.

The bill went through an intense debate during the National Assembly session.

Justice Minister Rustam Badasyan who presented the bill to lawmakers said the amendments would help track and isolate individuals infected with COVID-19. Under the bill, the mobile operators will provide the government with data necessary to determine the location of their customers, the telephone numbers, as well as the date, start and end of the telephone conversations, along with other personal data. Badasyan stressed that there will be no recording of the contents of the telephone calls.

Armenia’s government declared a state of emergency from March 16 to April 14 to prevent the spread of COVID-19 in the country.

National Assembly deputies, including those from the ruling My Step Party, expressed their concerns about the state’s interference with the citizens’ personal data.

Opposition lawmakers urged the government to give up the idea of tightening control on citizens.

“This is a late settlement. This would make sense if it was applied to the first [COVID-19] patient,”stated Edmon Marukyan, leader of the opposition Bright Armenia Party. “Here, it is about collecting and processing large amounts of personal data, which will require large financial resources. And we are in a crisis,” he added.

Speaking on behalf of Prosperous Armenia, another opposition party, legislator Naira Zohrabyan pointed out the importance of solving social and economic problems in the current situation.

“This is a retreat from democracy,” stated Zohrabyan. Adding that, “Instead of spending enormous resources to locate us, spend those resources to lighten the burden on people who are unemployed.”

Olya Azatyan, a lecturer on Public Policy Planning and Analyses at the Brusov State University and former adviser to the Minister of Labour and Social Affairs of Armenia, expressed her shock on her Facebook page:

“Even in my worst nightmares I wouldn’t imagine that the post-revolution government could discuss such an anti-democratic project,” she wrote.