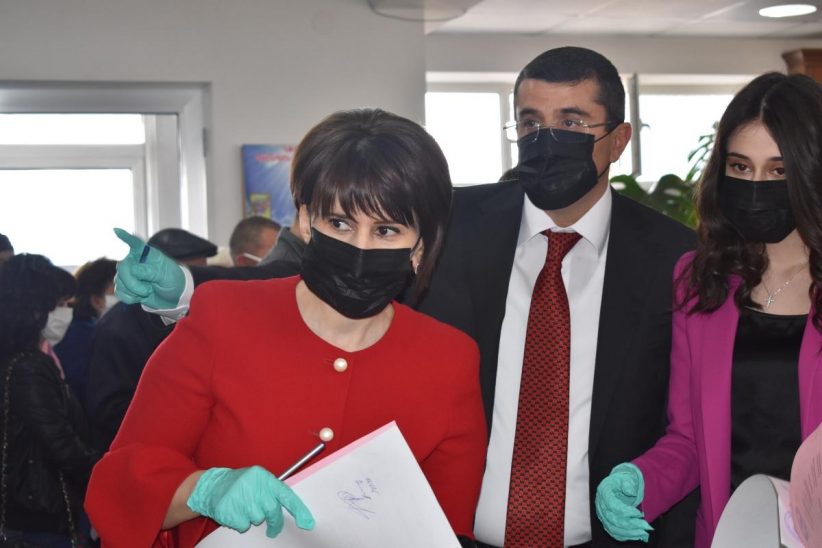 None of the 14 candidates running for Karabakh president passed the 50% threshold in the elections that took place March 31.

Former Prime Minister Arayik Harutyunyan and the leader of the largest parliamentary party “Free Motherland” received 49.3% of the votes. Foreign Minister Masis Mayilyan received 26.4%, and Vitaly Balasanyan, a retired army general received 14.7% percent of votes. The results mean that Harutyunyan and Mayilian would have to face each other in the second round that is supposed to be held on April 14.

Parliamentary elections were also held the same day. According to preliminary results, five parties and political blocs will be represented in the 33-member National Assembly.

76,471 or 72.7% of eligible voters participated in the presidential and parliamentary elections.

The Justice Party of Artsakh, led by Vitaly Balasanyan, as well as the Armenian Revolutionary Federation will receive three seats each.

At a press conference after the elections, Arayik Harutyunyan said that he would be ready for the postponement of the second round of presidential elections because of the risks related to the coronavirus pandemic. He said it is up to the government whether to postpone or hold elections on April 14. Harutyunyan himself is not going to have rallies for his campaign.

Elections took place despite the risk of pandemic

The elections took place despite serious concerns about the spread of coronavirus in Karabakh. The authorities in Stepanakert, which had not recorded COVID-19 cases yet, dismissed calls for the postponement of the elections made by several presidential candidates and prominent public figures in Armenia. More than 300 observers and journalists came from Armenia to follow the elections.

However, the “Co-Chairs recognize the role of the population of Nagorno-Karabakh in deciding its future in accordance with the principles and elements reiterated in the Co-Chairs’ statement of 9 March 2019.”

The European Union also made a statement reiterating that it does not recognize the legitimacy of the elections.

“In view of the so-called ‘presidential and parliamentary elections’ in Nagorno-Karabakh on 31 March 2020, the European Union reiterates that it does not recognise the constitutional and legal framework within which they are being held. This event cannot prejudice the determination of the future status of Nagorno-Karabakh or the outcome of the ongoing negotiation process,” the statement read.

In picture: Arayik Harutyunyan and his wife at the polling station in Stepanakert. Photo by Tatul Hakobyan.