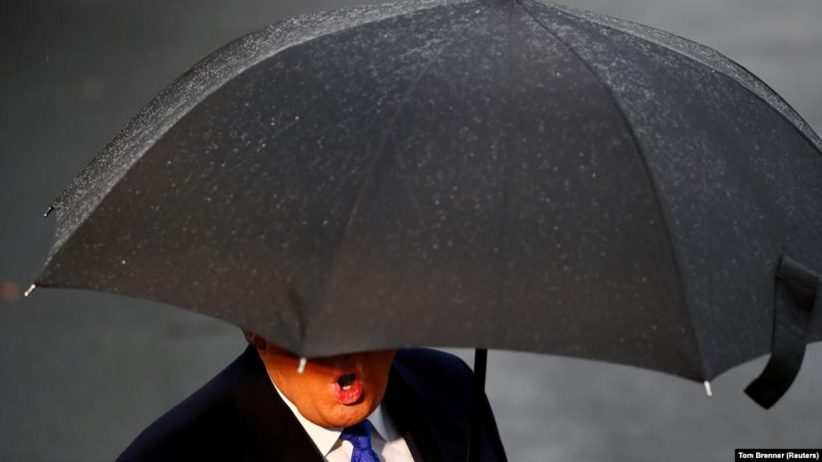 The White House has released a statement commemorating the “Victims of the Medz Yeghern, one of the worst mass atrocities of the 20th century,” but stopped short of using the word “genocide.”

The statement by President Donald Trump commended the Armenian community in the US, the ties between the Armenian and American people and the work of many Americans, including the founders of the American Committee for Armenian and Syrian Relief, who helped survivors and refugees in the aftermath of the Armenian Genocide.

Although according to the statement, “1.5 million Armenians were deported, massacred, or marched to their deaths in the final years of the Ottoman Empire,” Trump did not use the term “genocide,” much like his predecessors.

The statement concluded with the following, “We welcome efforts by Armenians and Turks to acknowledge and reckon with their painful history.  On this day, we believe it is our obligation to remember those who suffered and perished and reaffirm our commitment to protecting vulnerable religious and ethnic minorities around the world.”

The issue of the Armenian Genocide was thrust to the forefront of American politics after Turkey’s intervention and land invasion of Northern Syria in October 2019.

This led to outcry in Washington from prominent members of both the Republican and Democratic parties.

Soon, with the straining of relations between Ankara and Washington, and some openly calling for sanctions on Turkey, the Democrat-controlled US House of Representatives passed a resolution on October 29, 2019, recognizing the events of 1915 as genocide, by 405 votes to 11.

Speaker of the House of Representatives Nancy Pelosi called it “A great day for Congress,” and an acknowledgement of “one of the greatest atrocities of the 20th century.”

After outrage ensued from Turkey’s leadership, the White House seemingly pushed members of the US Senate to not pass, or at least delay the passing of the resolution in the Senate.

After a few attempts by individual Senators to block a unanimous vote, the resolution eventually passed through the Senate in mid-December 2019.

Despite this, Donald Trump and the executive branch remain the last bastion of American politics that refuses to use the term “genocide” when describing the events of 1915, despite the bipartisan developments in the US Congress in 2019.

Moreover, presumptive Democratic presidential nominee in the November 2020 election Joe Biden pushed for the passage of the resolution in Congress and has stated that his administration would join Congress in recognizing the events as “genocide.”