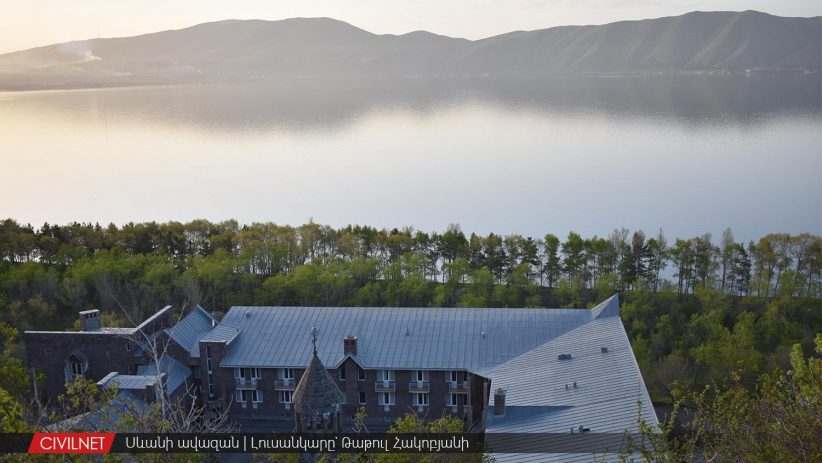 On June 19, the Armenian government approved a legislative initiative put forward by the Ministry of Environment that introduces strict regulations on fishing in Lake Sevan.

Adopted amid mounting concerns over depleted fish stocks in Sevan, the new legislation aims to regulate fishing by banning the harvesting of all species of fish in the lake except the popular whitefish, mandating that all fishing activities take place at least 500 meters from the shoreline, setting the minimum weight of fish that may be harvested at 500 grams, prohibiting all commercial fishing activities from taking place outside of daylight hours, and outlawing all fishing activities entirely from October 1, 2020 to March 1, 2021.

According to Acting Minister of Environment Vahe Jilavyan, who presented the bill to the government, the new regulations are primarily intended to curb illegal fishing in Sevan and thereby increase the lake’s fish stocks.

At that meeting, the government also announced its intention to continue to raise the lake’s water levels and further restrict the diversion of water from Sevan to the Hrazdan River, which drains the lake.

The government’s decision to restrict fishing in Sevan quickly garnered attention across Armenia—and particularly in Gegharkunik Province, which surrounds the lake entirely and is home to nearly a quarter of a million people. With few other employment opportunities available in the area, many households in Gegharkunik rely on fishing. It remains unclear if the government will take steps to ensure that subsistence fishing remains viable for lakeshore communities under the new legislation.

Lake Sevan is the largest body of fresh water in the Caucasus and one of the largest alpine, or high-altitude, lakes in the world. Sevan alone makes up roughly one-sixth of Armenia’s total territory and has been an economic lifeline for the country for decades. The Sevan-Hrazdan Cascade, a complex of hydroelectric power plants along the Hrazdan River, irrigates about 70 percent of Armenia’s agricultural lands and generates about 15 percent of the country’s total electricity.

However, scientists, environmentalists, and activists in Armenia have long expressed concerns over the environmental issues facing Sevan, of which the periodic growth of algal blooms in the lake remains the most worrisome. Though algal blooms have affected Lake Sevan since the 1960s, a major bloom last July—with satellite photographs from the Ministry of Environment showing nearly half of the lake’s surface covered by green algae—prompted environmentalists to warn that the lake was “on the verge of destruction” and even may “turn into a swamp” if dramatic steps are not taken to address ongoing environmental degradation.

According to Seyran Minasyan, the director of the Institute of Chemical Physics at Armenia’s National Academy of Sciences, there are four main reasons behind the accelerating growth of Sevan’s algal blooms.

First, in the 1940s, as Armenia underwent a period of rapid industrialization, the Soviet authorities implemented a plan to divert water from Sevan for irrigation and electrification. In the 1950s, Sevan’s water levels began to drop noticeably, and by 2002, the lake’s volume had been reduced by more than 40 percent. Despite successful efforts by the Armenian government since the early 2000s to raise Sevan’s water levels—primarily by constructing tunnels that divert water from the Arpa and Vorotan Rivers into the lake—the lake’s water levels still remain low.

Due to the industrial discharge of water, the level in the lake dropped making the only island there a peninsula in 1950-s.

As has been observed in other lake environments, lowered water levels are likely to result in an overall degraded water quality, as the concentration of nutrients increases, while the concentration of dissolved oxygen decreases. This imbalance has been shown to accelerate the growth of algal blooms in lakes and other bodies of water.

Second, the partial restoration of the lake’s water levels following the construction of the Arpa-Sevan and Vorotan-Arpa tunnels resulted in the submergence of roughly 4,000 hectares of land covered in shrubs and bushes in 2011. This vegetation, which had not been cleared in advance of the flooding, remains underwater, slowly decomposing and further contributing to the ongoing process of water degradation in Sevan.

Third, the vast majority of sewage produced in Gegharkunik Province is dumped into the lake without proper treatment beforehand, again further degrading the quality of water in Sevan. It is estimated that more than 6,500 thousand cubic meters of sewage is discharged annually into the lake from the nearby towns of Gavar, Martuni, and Masrik, in addition to about 541 thousand cubic meters of waste from Gegharkunik’s Sotk Gold Mine.

Fourth and finally, the severe depletion of fish stocks in Sevan—linked to both overfishing and the overall degradation in water quality—deprives the lake’s ecosystem of a key check on algal bloom growth, since several of the fish species endemic to Lake Sevan feed on algae. Today, the lake is estimated to hold just a few hundred tons of fish, down from roughly 25,000 tons of fish in the 1990s.

Minasyan argued in an interview with CivilNet that any solution to the environmental problems facing Lake Sevan must address all the factors contributing to the degradation of the lake’s water. Accordingly, Minasyan suggested that the government should continue efforts to raise Sevan’s water levels, clear the submerged bushes and shrubs from 2011, along with any other vegetated areas that are expected to be flooded in the near future, upgrade the cleaning equipment at the sewage treatment plants in Gavar, Martuni, and Vardenis, three large towns located along the shoreline, and implement a program to restock Sevan with fish.

Speaking with CivilNet, reporter Arman Suleymanyan also highlighted the importance of gathering accurate information and data about the lake’s condition in working to reverse environmental damage. Suleymanyan pointed out that no administration elected since Armenia’s independence from the Soviet Union in 1991 has laid out a long-term strategic plan for Lake Sevan, monitored the quality of water in the lake, or tracked the lake’s fish stocks—a knowledge deficit that even the Ministry of Environment itself has acknowledged.

Given the important role Sevan plays in Armenian agricultural and energy production, any efforts to further alter the lake’s ecosystem, for better or for worse, have ripple effects far beyond the lake’s shores. To that end, the Armenian government’s decision to restrict fishing in Sevan is only a first step in a long road ahead to bring out the lake’s full potential.