The Revolution Will Not Be Postponed: What Does Pashinyan’s Resignation Really Mean? 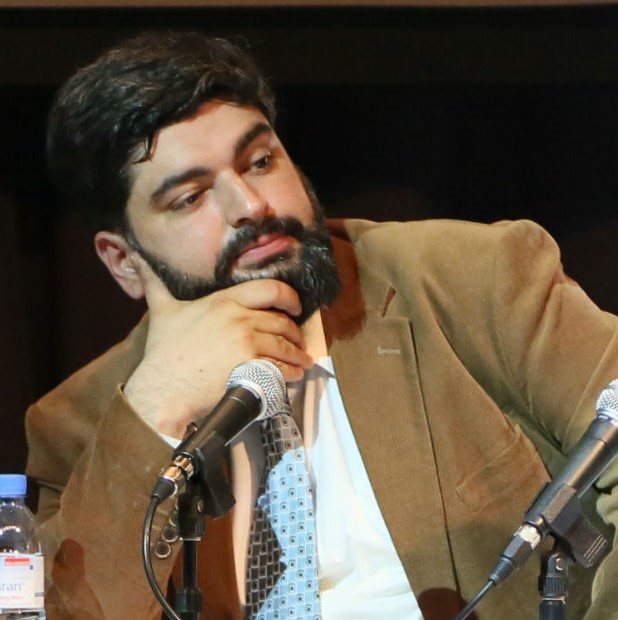 The article was originally published by Oc Media

Armenian revolutionary leader Nikol Pashinyan has resigned as prime minister. While his goal is to eradicate the remnants of the old ruling elite in snap elections, many wonder if the former regime has what it takes to strike back.

On 16 October, at 20:00, Armenians were once again glued to the screens of their TVs, laptops, and phones, just like in April, as news of Serzh Sargsyan’s resignation broke. This time, they were watching their protest-leader-turned-prime-minister Nikol Pashinyan announce his own resignation.

‘Dear compatriots… I want you to know that all your pains remain in my heart, all your needs remain in my thoughts, your dreams remain in my soul, and all this gives me the strength to say that everything is going to be OK’, Pashinyan said in his speech.

Later that evening, Armenia’s president Armen Sargsyan accepted the resignation of the government.

To outside observers with little knowledge of Armenia’s internal politics, the news may have sounded like a sign of the defeat of the Armenian revolution. In reality, Pashinyan’s resignation marks the beginning of what will probably become the last stage of the political transition, cementing the victory of the political forces led by Nikol Pashinyan.

This spring, under pressure from popular protests, the Republican Party led by ex-President Serzh Sargsyan surrendered the executive branch of power. However, many spheres of government remained under the control of the Republicans, who over the previous decades established an almost complete political monopoly at every level of government.

Many Republicans remained in charge of local self-governments and most judges were appointed under the old regime. But, most importantly, members (or former members) of the Republican Party remain a majority in Armenia’s parliament, the National Assembly.

Pashinyan’s resignation is the first step in forcing a snap election, bringing the transition of power to its logical end: a new parliament will be formed, which will correspond to the changed political situation in the country.

Pashinyan’s resignation can hardly be seen as an ordinary resignation, and most probably he will de facto remain in power. However, the move comes with serious risks for both Pashinyan himself and his political movement.

If the Republicans remain the majority in parliament, even though some members have already left the faction, and if they vote for another candidate, Pashinyan may lose power and no election would be held.

Obviously, given the immense popularity of Pashinyan and his political movement, this would be an extremely risky gamble. In the unlikely event a different prime minister is appointed by parliament, a new wave of protests would most likely erupt and Armenia would be thrown back into the instability it faced this spring.

That’s why many Armenians are worried about Pashinyan’s resignation. Various legal experts and political analysts have suggested other ways of reaching the goal of holding snap elections without jeopardising the achievements of the revolution and the stability of the country, but most of these are either questionable from the legal standpoint or depend on the cooperation of the Republican MPs anyway.

In any case, the scenario in which parliament uses Pashinyan’s resignation to appoint a new PM seems unlikely, as it would be difficult to persuade MPs to assume responsibility for such a controversial decision. It is even more difficult to imagine who could assume the position of such an unpopular prime minister.

Some analysts suggest that former President Robert Kocharyan could be this candidate. Kocharyan, who is under investigation for the 2008 protest crackdown, is seen as someone who has nothing to lose.

Some analysts paint a portrait of a grim scenario in which Kocharyan returns to power, orders violent suppression of protests, and all of this takes place with tacit support from Russia. Renewal of fighting in Nagorno-Karabakh also figures as part of this nightmare scenario, as Azerbaijan could be tempted to use the instability in Armenia to advance its goals.

Although this somewhat apocalyptic scenario seems unlikely, given the number of political twists in Armenia this year, many Armenians no longer rule anything out. The actions of the Republicans on 4 October sent a worrying signal that they were planning to strike back and that many MPs who had previously abandoned them and supported Pashinyan may yet realign.

Despite the Tsarukyan Alliance and the Armenian Revolutionary Federation (ARF) turning against the Republicans in spring, this did not stop them for voting hand-in-hand with the Republican Party for amendments making it more difficult to dissolve parliament.

Voice of the street

It is unlikely that the amendments were aimed at pushing through the nightmare scenario of a counterrevolutionary coup. Rather than replacing Nikol Pashinyan, the Republicans and their situational allies probably wanted to win time and postpone parliamentary elections until next spring.

Whatever the calculations behind the amendments were, the move backfired. Pashinyan called on his supporters to gather outside the National Assembly to protest the parliament’s decision. Several hours later Pashinyan was already addressing tens of thousands of supporters from the stairways of the National Academy building. He then proceeded into the parliament building to negotiate as thousands of his supporters waited outside.

Even though the protest was peaceful, the message was clear. Any attempt by the parliamentary parties to sabotage the snap election, not to mention the election of a different prime minister, would meet stiff resistance from the Armenian street.

The MPs got the message. Within several days, Gagik Tsarukyan, the head of Tsarukyan Alliance, signed a memorandum with Pashinyan on holding early elections. The ARF, and, reluctantly, the Republicans also made statements that they would not consider nominating candidates as an alternative to Pashinyan. The Republicans, however, continued to voice their opposition to the idea of holding an election in December 2018.

The Daredevils of Sasun

Critics of an early election argue that an election held in December would produce an overwhelming majority for Pashinyan’s political movement, leading to the re-establishment of a political monopoly and a one-party system in Armenia. They argue that other parties need time to prepare for elections in order to compete with Pashinyan.

It is questionable whether support for these parties would actually increase if the election was held in spring 2019 instead. The months that have passed between the revolution and the Yerevan local election in September did not decrease the level of support for Pashinyan, whose My Step alliance received 82% of the vote.

Those who stand to gain the most from a delayed election are in fact Sasna Tsrer (the Daredevils of Sasun), a newly emerged party from the group involved in the armed takeover of a police station in 2016.

Significantly more radical than Pashinyan’s movement, Sasna Tsrer announced their support for Pashinyan, but also claimed they would take part in the election in the hope of becoming the second largest party in parliament.

The prospect of dealing with the more radical Sasna Tsrer, rather than the relatively moderate Pashinyan, may have been another reason for Republicans to have reluctantly agreed to the December elections.

Obviously, the next two weeks, during which the voting a new prime minister is supposed to be appointed, will be a tense period for Armenia. Apart from the prime minister issue, parliament also needs to approve a reformed electoral code for the upcoming elections. Then the election campaign will kick off. Whatever happens during this period, one  thing is clear: as soon as the current parliament is disbanded, the remnants of the old political system will be gone.

What comes next will be decided by Armenian voters — in what might well be the first truly free and fair election in many years.

Covid-19: There’s no Pilot in the Cockpit

The centre of global humanitarianism is Geneva, a small town in Switzerland. There you can find WHO headquarters, as well as UN’s OCHA, UNHCR, and the international Red Cross movement and many other international bureaucracies. Yet, Geneva is not the place where multilateral political decisions are taken.

At a press conference after the elections, Arayik Harutyunyan also said that he would be ready for the postponement of the second round of elections because of the risks related to the coronavirus pandemic. He said it is up to the government whether to postpone or hold elections on April 14. Harutyunyan himself is not going to have gatherings for his campaign.

Amid strong opposition, Armenia’s National Assembly adopted a draft bill that could limit the right to protection of personal data. On March 30, 57 deputies voted for the draft bill, 24 against and one abstention. Lilit Makunts, the parliamentary leader of the ruling My Step Bloc, said the bill will likely be amended before being passed in the final reading.