Eleven political parties and alliances submitted their proportional lists to the Central Electoral Commission on November 14 to take part in the December 9 snap parliamentary elections in Armenia. CivilNet investigates the political past of those heading the lists. 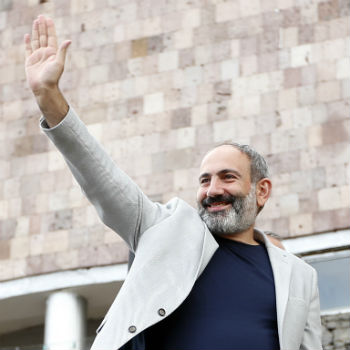 The Acting Prime Minister Nikol Pashinyan heads the My Step Alliance. Prior to May 2018, Pashinyan was one of the most prominent oppositionist politicians in Armenia. From 1999 to 2012, Pashinyan was the Editor-in-Chief of Haykakan Zhamanak (ArmTimes), one of the largest circulating newspapers in Armenia. During that time, his car was subjected to arson, and the editorial office was subjected to several attacks.

In 2007, Pashinyan founded the oppositionist Impeachment Alliance together with other figures, and took part in the parliamentary elections, but failed to enter parliament. A year later, Pashinyan worked on Levon Ter-Petrossian's campaign.

Pashinyan was one of the organizers of the mass protests that began after the 2008 presidential election. The next morning, after the tragic events of March 1, when then-president Robert Kocharyan announced a state of emergency and army subdivisions entered Yerevan, Pashinyan went underground and remained in hiding for a year and a half. In 2009, Pashinyan returned voluntarily and turned himself in to the prosecutor's office.

In 2010, Pashinyan was charged with organizing mass disorder in 2008 and sentenced to seven years in prison. About two years later, he was released under amnesty, and in 2013 he founded the Civil Contract Party, which initiated Armenia’s Velvet Revolution in Spring of 2018.

With popular support, Nikol Pashinyan was elected prime minister on May 8. Pashinyan is a journalist by profession. He never graduated from YSU Faculty of Journalism because he was suspended from the university for allegedly criticizing the Dean's sister. Later, he refused to receive the graduation diploma and continue his education. 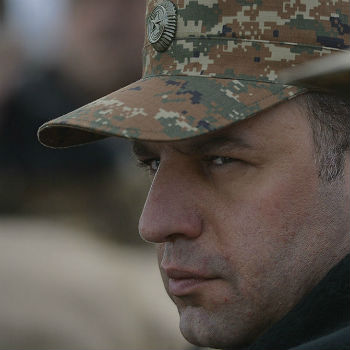 Former Minister of Defense Vigen Sargsyan will lead the Republican Party's (PA) parliamentary list. He has been a member of the RPA for two years. Sargsyan started his career in the state apparatus in 1995.

During the term of the Armenian National Movement, Sargsyan was assistant to the President of the parliament, Babken Ararktsyan, and to Robert Kocharyan from 2003 to 2009. Since 2009, Sargsyan has served as Deputy Chief of Staff for two years, and then as Chief of Staff.

In 2016, Vigen Sargsyan became Minister of Defense and initiated a change in the order of determent. He is one of the authors of the initiative called "1000 drams", which charges AMD 1,000 from working citizens to pay compensation to the families of the injured or killed soldiers.

On November 11, 2018, Vigen Sargsyan became the first Vice-President of the Republican Party. Vigen Sargsyan is a specialist in governance, diplomacy and law. 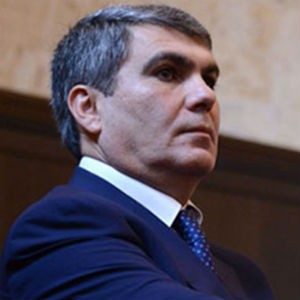 Leader of Hanrapetutyun (Republic) Party Aram Sargsyan leads the We Alliance. Aram Sargsyan was prime minister from 1999 to 2000, and then resigned, founding the Republic Party, one of the strongest critics of Robert Kocharyan's government.

In the next parliamentary elections, in 2017, Aram Sargsyan participated with the Yelk alliance of the Civil Contract and Bright Armenia parties.

After the 2018 April-May "Velvet Revolution" in Armenia, the alliance broke apart, and the former prime minister formed the We Alliance with the Free Democrats Party. Sargsyan is a civil engineer by profession.

Heading the Prosperous Armenia Party list is Gagik Tsarukyan, founder of the party. He has been a parliament deputy since 2003.

Tsarukyan founded the Prosperous Armenia Party in 2004. During the 2008 presidential elections, he supported Serzh Sargsyan, with whom he had political disputes later. Tsarukyan then formed an opposition group with other political powers. Following Serzh Sargsyan’s stern speech on Tsarukyan in 2015, the latter announced that he is leaving politics.

Two years later, he returned to politics as the leader of the Tsarukyan Bloc. In 2018, the bloc members voted for Nikol Pashinyan to become prime minister. Tsarukyan is a wrestling coach and a businessman.

In April 2018, the two parties of the Yelk Alliance - Bright Armenia and Republic - did not join Nikol Pashinyan. The alliance split into two. 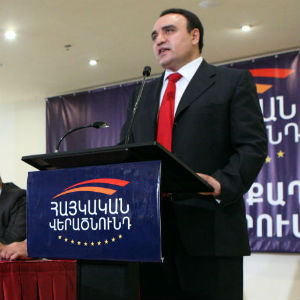 Orinats Yerkir (Rule of Law) party leader Artur Baghdasaryan took part in the previous parliamentary elections with the Armenian Revival Alliance. Baghdasaryan was a member of parliament from 1995 from 2007. In 2003, he became the Speaker of the Armenian Parliament.

The oppositionist Orinats Yerkir Party nominated Artur Baghdasaryan as presidential candidate in the 2008 presidential elections. After the mass rallies that erupted due to the falsification of the election results, and the March 1 events, the Party formed a coalition with Serzh Sargsyan, who then appointed Arthur Baghdasaryan was Secretary of the Security Council of Armenia. These events tarnished the reputation of the party. The party was in the parliament from 2012 to 2017. However, it failed to garner the necessary votes in the 2017 parliamentary elections.

Sasna Tsrer Party is led by former member of the Founding Parliament, Varuzhan Avetisyan. Avetisyan was one of the people who seized Erebuni Police station on July 17, 2016. Since 1994, Avetisyan has worked at the Ministry of Defense as a military investigator, the Defense Ministry's staff senior officer and head of the Foreign Affairs and Military Cooperation Division of the Ministry of Defense.

During the Police station siege, Avetisyan was one of the key negotiators with the government representatives. He was later charged with taking people hostage, illegally obtaining weapons, ammunition, explosive materials, selling, as well as keeping and organizing mass disorder. On August 17, Avetisyan was released from custody. He is a lawyer by profession.

Armen Rustamyan heads the Armenian Revolutionary Federation (ARF) list. He has been in parliament since 1999. Since 2012, he has been the head of the ARF Faction. He is a physicist by profession.

Suren Sahakyan heads the Citizen’s Decision Party. Since 2013, he has been an active participant of various political and civil movements. Six months after the "Velvet Revolution", Sahakyan and allies founded the Citizen's Decision Social Democratic Party.

"At the trilateral meeting held in Moscow on January 11, this issue was discussed for quite a long time. Initially, the following task was set in this issue, that the Armenian and Azerbaijani sides would draw up lists of missing persons whom they want to bring out of captivity. Azerbaijan submitted such a list, the number was insignificant. All of them were returned. After that, the Azerbaijani side did not submit lists of missing persons, prisoners of war or other persons,” Lavrov said, adding that the Armenian side submitted these lists ''not all at once and not in full.”

Speaking about the trilateral statement, Putin reiterated that the document first of all refers to the complete cessation of hostilities, the sending of Russian peacekeepers to the region and, most importantly, providing the civilian population affected by the clashes with all possible and effective assistance in returning to normal life.