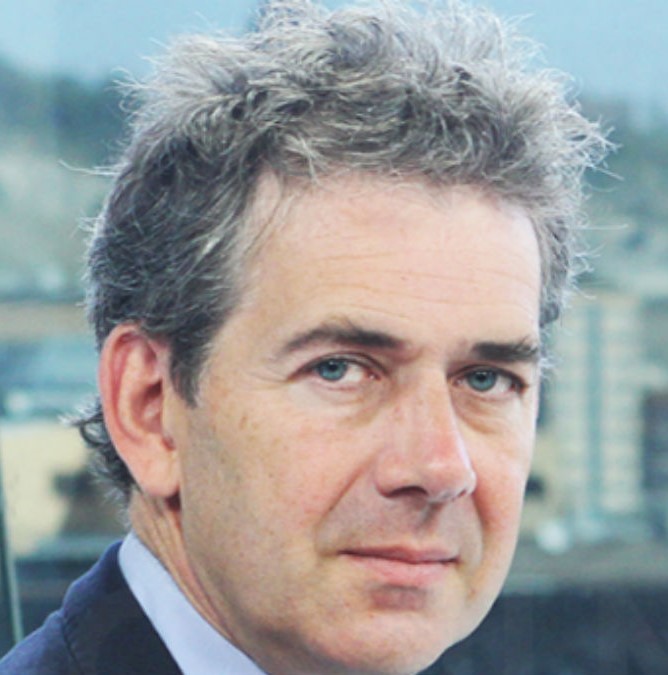 The article was originally published on Worldpoliticsreview.com

The honeymoon is over for Armenia’s popular prime minister, Nikol Pashinyan. In addition to a series of problems at home, he has no choice but to deal with a perennial headache: the three-decades-old conflict with Azerbaijan over the disputed territory of Nagorno-Karabakh, which dates back to the last years of the Soviet Union in 1988.

Pashinyan came to office suddenly and unexpectedly in April 2018 on a wave of popular protests that swept away the previous government, which had monopolized power and was tainted by corruption. That peaceful revolution transformed Armenia overnight, briefly put it on the world’s television screens and even made it The Economist’s “country of the year,” as the state that had “improved the most in the past 12 months.”

Eighteen months on, Pashinyan is still popular and his party has a large majority in parliament. Discredited and corrupt figures have been dislodged from ministries, municipalities and universities. A younger generation has taken top jobs. Yet Pashinyan is now facing a problem that charismatic leaders of political revolutions have almost always faced over the years: how to move from the politics of the street to stable government.

The dramatic resignation on Sept. 16 of Artur Vanetsyan, the powerful director of the National Security Service, was a warning to Pashinyan. In a statement released when Pashinyan announced his resignation, Vanetsyan referred to an excess of “spontaneity” in the government. “Let my resignation be a sobering ‘Stop’ step,” he said, in what sounded like a warning to the prime minister to be more conciliatory to his critics.

Much of the new government’s energy has been consumed with the high-profile prosecution of former President Robert Kocharyan, who is accused of violently suppressing protests in March 2008. That has put Pashinyan in a confrontation with Kocharyan’s ally, Russian President Vladimir Putin, who has pointedly sent his old friend public birthday greetings.

Russia is Armenia’s security patron and chief ally. Angering Moscow is not smart policy in any respect, but especially when there are 30 years of unfinished business in the form of the conflict in Nagorno-Karabakh. The former autonomous region of Soviet Azerbaijan has an ethnic Armenian majority, and the two peoples first disputed its status in the Soviet era and then went to war over it in 1991. Ever since a cease-fire in 1994 essentially froze the conflict, leaving the territory and surrounding parts of Azerbaijan under the control of Armenian forces, the two countries have been in a state of suspended conflict.

For both Armenia and Azerbaijan, Nagorno-Karabakh is like an active volcano; an eruption could be catastrophic. But both countries have preferred not to engage seriously with resolving the conflict in part because it is a cause any government can adopt as a symbol of national unity, and to neutralize its opponents. Should fighting over Nagorno-Karabakh intensify again, Armenia’s economy could suffer the consequences, as the Bertelsmann Stiftung’s Transformation Index warns in its latest report on Armenia. The index tracks the state of political and economic reforms in developing countries.

In 2018, Azerbaijan welcomed Pashinyan coming to power as a chance to turn the page on the dispute, and there have been several positive steps since he took the helm. Levels of violence have gone down sharply along the cease-fire line known as the Line of Contact. Armenia and Azerbaijan also set up a hotline to exchange information and agreed to stop shooting across one segment of their internationally recognized border to allow farmers and villagers on each side to live peacefully. Pashinyan and Azerbaijan’s president, Ilham Aliyev, have met several times, while the country’s two foreign ministers just met at the United Nations General Assembly in New York.

Yet this is not a conflict that can be decided by two leaders in a room. It sits deep within the public national consciousness. Pashinyan, who is 44, is part of a generation whose entire adult life has unfolded against a backdrop of conflict with Azerbaijan, with Armenia in effective control of Nagorno-Karabakh. He easily speaks the language of hai dat, or the “Armenian cause,” the idea of bringing Armenians from across the world together. So it was hardly surprising that in August he told a rapturous crowd in Stepanakert, the breakaway region’s de facto capital, that “Artsakh is Armenia!”, using the Armenian name for Karabakh, and led chants of “union,” the slogan for unifying the territory with Armenia.

Pashinyan’s appearance was roundly condemned in Azerbaijan and put a chill on any progress toward peace. Given the choice of being the cautious diplomat and the Armenian man of the people, Pashinyan firmly chose the latter. It was an illustration of the fact that domestic politics—his drive to consolidate legitimacy not just in Armenia but in Armenian-administered Karabakh as well—is the paramount concern.

In Azerbaijan, the problem is of a different kind. Rather than being channeled from the bottom up, as Pashinyan has shown in Armenia, political power in Azerbaijan is very much exercised from the top down. Aliyev, the son of the former president and communist-era leader Heydar Aliyev, has ruled Azerbaijan since 2003, with a small group of ministers and advisers, some of whom have been in their posts for two decades.

In its latest report on Azerbaijan, the Bertelsmann Stiftung’s Transformation Index shows it to be a classically strong but brittle autocratic state, with low rankings for its governance, political participation and democratic accountability. Its democracy status, reflecting how far a nation is along the road to democracy, stands at 3.4 points, placing it in a category of “hard-line autocracies,” significantly below Armenia’s 5.1 points. However, the index also shows Azerbaijan’s comparatively robust capacity to deliver the economic benefits of its oil and gas wealth to the public. In Azerbaijan, where many discontents lurk beneath the surface, the Nagorno-Karabakh conflict is a source of national unity, given the shared sense of injustice at the Armenians’ occupation of Azerbaijani land. The government channels those sentiments but does not let the public have too much say.

If there is not more substance to discuss in the negotiations soon, after months of more positive signals over Nagorno-Karabakh, Azerbaijan could soon declare that its patience is running out and that it is disappointed with the lack of new ideas from Yerevan. The situation in the territory is at risk of reverting to a more familiar dynamic of diplomatic deadlock, aggressive rhetoric from both sides and a renewed danger of greater violations of the 1994 cease-fire.

If the situation deteriorates once again, it will be a test for the international mediators of the OSCE Minsk Group from France, Russia and the United States, which have been extremely quiet about Nagorno-Karabakh for the past two years, letting Armenia and Azerbaijan take the lead. But they may have no choice but to be more active and push for new ideas and new approaches, to stop this smoldering conflict from igniting again.

Thomas de Waal is a senior fellow with Carnegie Europe based in London and a guest author of the Bertelsmann Stiftung’s Transformation Index (BTI). He is the author of several books on the Caucasus, including “The Caucasus: An Introduction” and “Black Garden: Armenia and Azerbaijan Through Peace and War.”

Just a day after the Foundation’s statement was published, Turkish Interior Minister Süleyman Soylu announced on Twitter that a suspect, so far identified only by the initials H. A., had been detained in connection with the death threats issued against the Foundation. Turkish media reports suggest that the suspect had been influenced, at least in part, by the views of his girlfriend from Azerbaijan, where anti-Armenian sentiment is widespread. H. A., who is believed to have a prior criminal record, reportedly faces more than seven years in prison if found guilty of sending death threats.

Pashinyan is now projecting that Armenia will grapple with the disease “for at least a year”. Nevertheless, and in spite of the continuing rise in the number of infections, the government recently loosened most of the coronavirus-related restrictions on economic and social activity that it put in place in mid-March.