The renovation of a Soviet-era printing house in central Yerevan has raised concerns among civic activists about the government’s handling of the city’s historical and cultural heritage. According to architectural plans from the Ministry of Education, Science, Culture and Sport that were approved in September 2019, an additional floor will be added to the printing house to serve as a venue for the city’s pantomime theater, which had previously lacked a permanent space. The Deputy Minister of Education, Science, Culture and Sport, Narine Khachaturyan, went on the record explaining that rainwater had leaked through the building’s roof, causing the growth of mold and making the renovation necessary.

Aside from the issue of preserving the printing house, one of the city’s most prominent Soviet-era buildings, civic activists have also raised concerns about the government’s lack of transparency in the decision to move forward with the renovation. Though the Ministry has claimed that the architectural plan was developed in full compliance with government procedure and took into account the opinions of specialists in the field, the composition of the government’s scientific-methodical commission that developed and approved the plan has not been made public. Similarly, it remains unclear why the space was given to the pantomime theater specifically. Moreover, no public discussion of the matter took place between the plan’s initial development two years ago and its final approval this year. 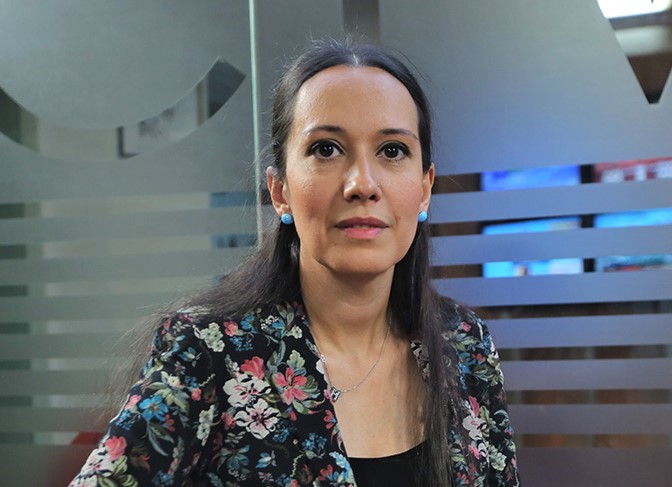 As a result, a group of concerned citizens created a ‘Save the Printing House’ initiative on social media networks. In an interview with CivilNet, one of the initiative’s leaders, Isabella Sargsyan, clarified the group’s aims. The activists are calling, first, for the renovation work on the building, which has already begun, to be halted until the government agrees to hold public discussions on the building’s future. Next, Sargsyan argues that any architectural work on the building, protected as a monument under the 1998 Law on the Preservation and Use of Immovable Historical and Cultural Monuments and Historical Environment, should be established by government decree. Under the Law on Monuments, as it is commonly called, the special status provided to monuments ensures that any future architectural work on them adheres to the concept of preservation, rather than mere renovation. Finally, the group is pushing for the government to declare an open call for architectural plans for the building with the aim of fostering greater public discussion of the building’s future and ensuring greater government transparency.

Though previous efforts under the pre-revolutionary governments to preserve Yerevan’s historical sites had largely failed—resulting in, for instance, the destruction of the Afrikyan Building and the construction of Northern Avenue—Sargsyan emphasized the importance of raising the issue of the city’s historical and cultural heritage with the new administration. Sargysan also expressed hopes that the ‘Save the Printing House’ initiative can prompt a broader discussion among city residents about government transparency and the need for greater public participation in city development.

The government’s Urban Development Committee pledged it would issue a written statement to CivilNet addressing the activists’ concerns, though as of this writing, CivilNet has not received any statements from the Committee regarding this matter.

Covid-19: There’s no Pilot in the Cockpit

The centre of global humanitarianism is Geneva, a small town in Switzerland. There you can find WHO headquarters, as well as UN’s OCHA, UNHCR, and the international Red Cross movement and many other international bureaucracies. Yet, Geneva is not the place where multilateral political decisions are taken.

At a press conference after the elections, Arayik Harutyunyan also said that he would be ready for the postponement of the second round of elections because of the risks related to the coronavirus pandemic. He said it is up to the government whether to postpone or hold elections on April 14. Harutyunyan himself is not going to have gatherings for his campaign.

Amid strong opposition, Armenia’s National Assembly adopted a draft bill that could limit the right to protection of personal data. On March 30, 57 deputies voted for the draft bill, 24 against and one abstention. Lilit Makunts, the parliamentary leader of the ruling My Step Bloc, said the bill will likely be amended before being passed in the final reading.