The Jews Who Befriended Turkey and Became Genocide Deniers: Haaretz

This op-ed was originally published on Haaretz.com

Some disasters that plague humans are unavoidable, as they are acts of nature. The plagues that are avoidable are human made. Among them is genocide.

Since its inception in 1923 the Turkish Republic has denied intentional mass murder of the Armenians happened. It has even gone so far as to make the preposterous claim that Armenians committed genocide against Turks. The tallest monument in Turkey is visible from over the border in the Republic of Armenia. It is dedicated to the "Martyred Turks Massacred by Armenians." 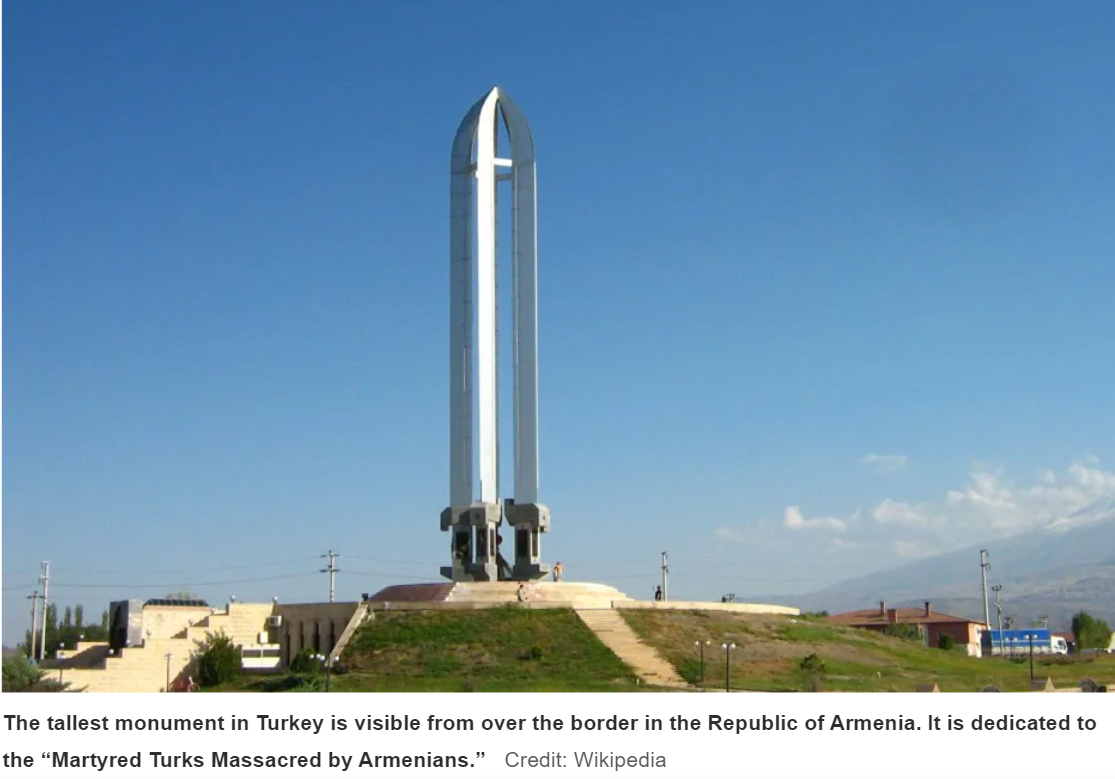 Despite the fact that its own foundation in 1948 was accelerated by the Nazi genocide of Jews, the State of Israel also does not remember the Armenian genocide. The Jewish state should be the first to recognize genocide wherever it occurs. But it prefers official silence to antagonizing its military and economic ally, no matter the anti-Semitic and anti-Israel rhetoric of Turkey’s current leader.

Most surprising is that Turkish and Israeli genocide denial has been facilitated by Turkish Jews. Despite their own long, sorry record of suffering discrimination and occasional violence in the Turkish Republic, for decades Turkish Jewish leaders have been among Turkey’s most reliable agents of genocide denial. Why is that?

The leaders of Turkish Jewry determined that the best way to guarantee the continued existence of the dwindling, insecure community is to demonstrate their unswerving loyalty to the state. The acid test for proving themselves useful allies is to agitate against genocide recognition in Israel, Europe, and the United States.

This history of alliance between Turkish Jewish leadership and Turkey’s regime goes back to when the territory ruled by the Turkish Republic today was part of the Ottoman Empire.

The Ottoman Empire allowed tens of thousands of Jews expelled from Spain and Portugal at the end of the fifteenth century to live with few hindrances. Grateful Jews depicted the Ottoman sultan as their savior, fulfilling a divine plan.

In the nineteenth century, Ottoman Jewish intellectuals recycled pre-modern views. They converted the sultan, and by extension all Turks, into tolerant hosts of their Jewish "guests." In 1892, during the four hundredth anniversary of the 1492 "welcome" given Iberian Jewry, Ottoman Jews began to publicize the Turk as humanitarian protector. This occurred alongside the first massacres of Armenians. Promoting themselves as loyal subjects of the sultan, Ottoman Jewish leaders sided with Sultan Abdülhamid II against Armenians, who became their common enemy. 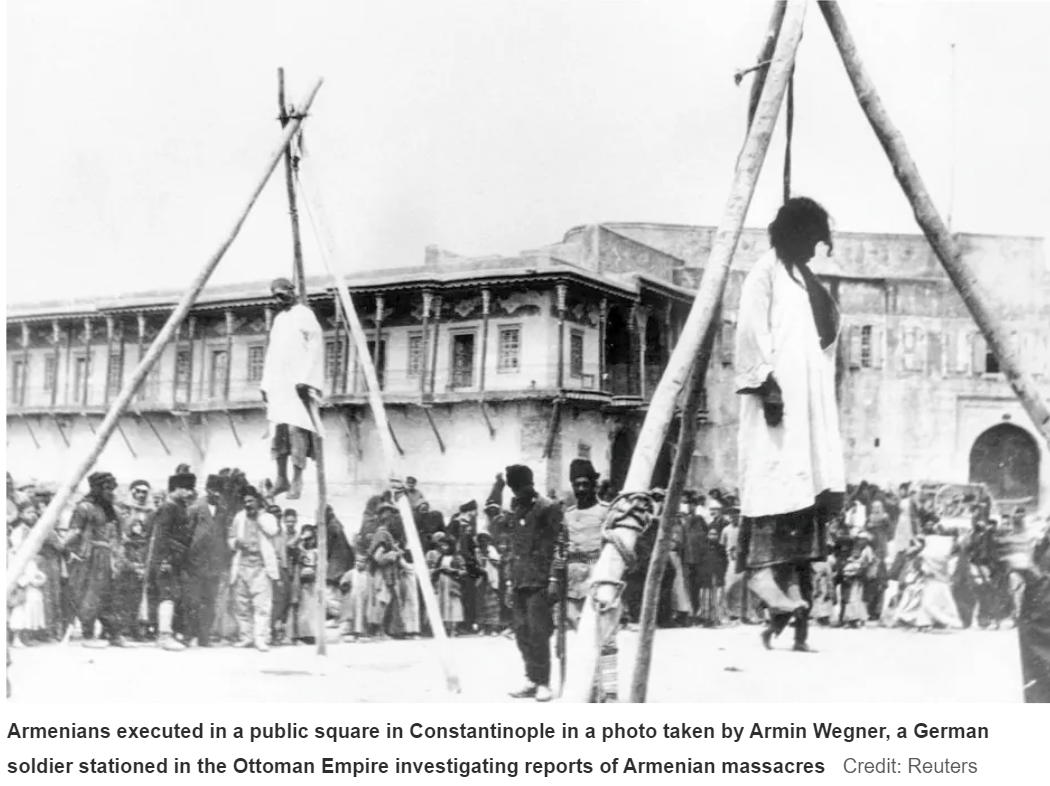 After the genocide in 1915, contemporary fear and anxiety was added to the Turkish Jewish emotional state of historical gratefulness. In the Turkish Republic, built in the ashes of the Ottoman Empire, anti-Jewish press campaigns, pogroms, and exorbitant taxation led to the loss of lives, wealth, and property.

During World War II thousands of Turkish Jews perished in Nazi camps in occupied Europe because Turkey did not recognize them as citizens. Assassination attempts of Jewish leaders and repeated deadly synagogue bombings have occurred since the 1980s.

Despite their experience, in 1989 Turkish Jewish elites working together with the Turkish presidency and foreign ministry  established the Quincentennial Foundation. It celebrated "five hundred years of friendship" between Turks and Jews. Its proponents promoted the same stock figures of tolerant Turks and loyal Jews. 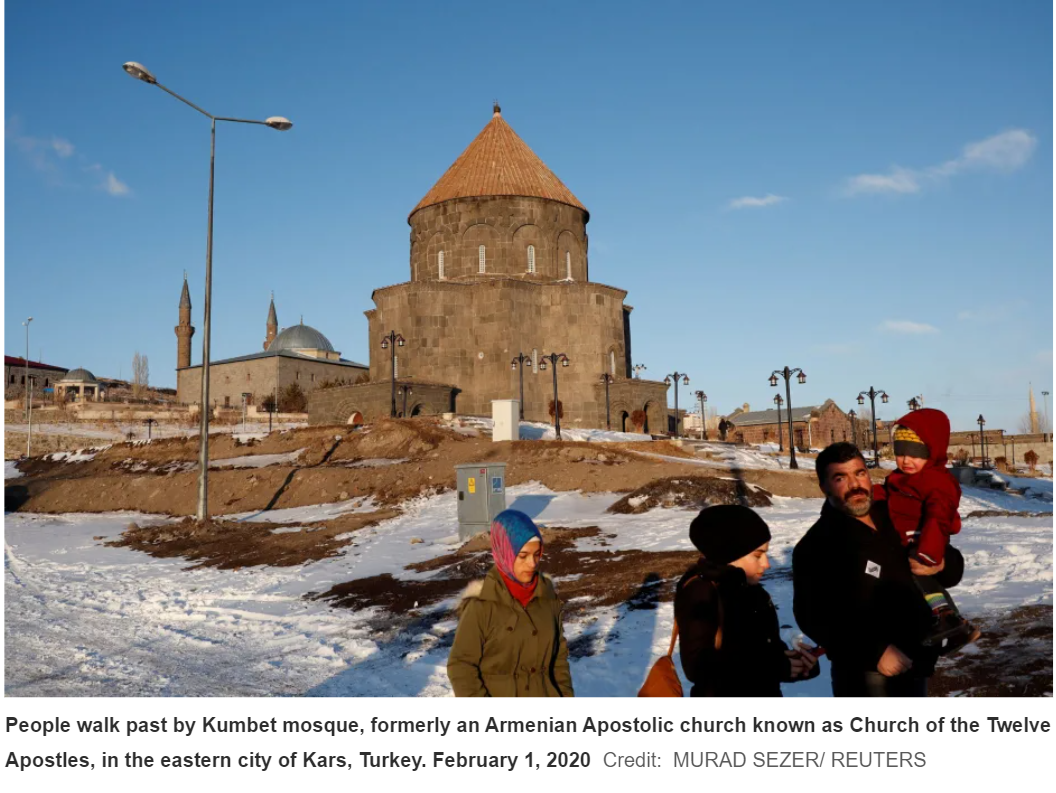 To advocate a fantasy of five hundred years of harmony, the most influential Jewish leaders within Turkey - chief rabbis David Asseo and Ishak Haleva, the editors in chief of the Jewish weekly Salom and lay leaders such as industrialist Jak Kamhi andformer Jewish community president Bensiyon Pinto - opposed recognition of the Armenian genocide.

They were joined by supporters in Israel (including presidents Shimon Peres and Moshe Katzav, as well as the Foreign Ministry, and the Union of Turkish Immigrants in Israel) and almost every major American Jewish organisation, including the Anti-Defamation League, the American Jewish Committee, and the Jewish Council for Public Affairs, and the most influential Jewish historians of the Ottoman Empire, Bernard Lewis and Stanford Shaw.

They also denied the existence of Turkish anti-Semitism. In their view, genocide is an if/then proposition: if one accepts that Turks and Jews have lived in peace and brotherhood for five hundred years, then one trusts that Turks could not possibly have perpetrated a genocide against the Armenians.

In the United States Congress the spell of this myth has finally been broken. On October 29, 2019, the House of Representatives passed a resolution sponsored by Jewish-American Congressman Adam Schiff recognizing the 1915 Ottoman annihilation of Armenians as a genocide. On December 12, the Senate unanimously adopted a similar resolution.

The Turkish government refuses to even acknowledge it, but today the U.S. House of Representatives passed a historic resolution to officially recognize the #ArmenianGenocide.
We stand with Armenians the world over in this important struggle. https://t.co/M4h9QiZpaH

Turkish President Recep Tayyib Erdogan’s anti-Semitic conspiracy theories, authoritarian crackdown on dissent, anti-Israel stance, and incursion into Syria to expel Kurds made the scales fall from their eyes. Despite Turkish state threats and Turkish Jewish lobbying, Congress has finally recognized the fact that in 1915 the Ottoman Empire intentionally annihilated its Armenian subjects.

Several major Jewish-American organizations have also recently recognized the genocide, including erstwhile skeptics such as the ADL and AJC. There are winds of change in Israel, too. What such actions will mean for the future of the historical Turkish-Jewish alliance is unclear.

One thing is certain: Armenians and Jews, two groups whose similar history makes them natural allies, will improve their relationship which was harmed by decades of denial done in part by some of the latter’s co-religionists.

Marc David Baer is Professor of International History at the London School of Economics and Political Science. His most recent book is "Sultanic Saviors and Tolerant Turks: Writing Ottoman Jewish History, Denying the Armenian Genocide" (Indiana, 2020)