Additionally, the organization has been working to fit its fleet of four-wheel drive vehicles and ambulances with airtight partitions so that, if needed, coronavirus patients can be transported to nearby medical facilities without risking the safety of health workers. Finally, HALO’s workforce of more than 100 people on the ground in Nagorno-Karabakh have begun distributing Armenian-language translations of World Health Organization (WHO) leaflets to residents in an effort to improve awareness of the disease.

At present, HALO’s stance on the coronavirus outbreak in Nagorno-Karabakh is one of prevention: taking concrete measures to prevent the spread of the disease in the territory in the first place. If, however, a large-scale coronavirus outbreak does emerge in Nagorno-Karabakh, the organization is making preparations to transition to a mitigation plan. To that end, HALO has the capacity, if necessary, to conduct food deliveries on a village-by-village basis in an effort to prevent inter-community spread. HALO has also developed a mapping program that tracks Nagorno-Karabakh’s recorded coronavirus infections, which may have some predictive power if the outbreak widens.

Though the vast majority of HALO’s work focuses on landmine clearance operations, it is not the first time that the organization has expanded its activities in Nagorno-Karabakh in response to crisis situations. For instance, when violent clashes broke out in the region in April 2016, HALO temporarily shifted its focus, conducting emergency clearance operations of the unexploded cluster munitions that were left behind after the fighting subsided.

While expanding its activities to include coronavirus assistance, HALO is also continuing its trademark landmine clearance operations in Nagorno-Karabakh, implementing mandatory hygiene and monitoring measures to enhance staff safety.

As the largest humanitarian organization in the territory, HALO provides a rather unique on-the-ground perspective on the state of affairs in Nagorno-Karabakh. In a phone conversation with CivilNet, Rob Syfret, HALO’s program manager in the territory, explained that Nagorno-Karabakh’s “village geography” could work either against or for the spread of coronavirus in the region. On the one hand, the territory’s remote terrain has so far appeared to impede the disease’s spread. On the other hand, this very same isolation could prevent health and humanitarian workers from accessing infected populations if the virus does spread.

The same could be said of the region’s economic dependence on Armenia, which supplies the Karabakhi population with considerable quantities of foodstuffs and other basic supplies. If the authorities in Yerevan succeed in controlling the spread of the coronavirus in their territory, the likelihood of a widescale outbreak in Nagorno-Karabakh is dramatically lowered. Conversely, however, a climb in the rate of infections in Armenia, as is currently happening, bodes poorly for the territory.

Smart also underlined the territory’s unique political position in HALO’s portfolio. Though HALO works in several unrecognized and contested entities, such as Abkhazia, Donetsk, and Luhansk, Nagorno-Karabakh sits at “the extreme end of political isolation”. Among all the countries in which HALO operates, only Nagorno-Karabakh lacks a United Nations presence entirely. Likewise, HALO’s position as one of only two functioning international organizations in the territory is unique among the places it works globally. As a point of contrast, nearly one dozen international groups operate in Abkhazia.

An Important Player in Karabakhi Society

The HALO Trust is the world’s oldest and largest humanitarian landmine clearance organization, with offices in Scotland and the United States. Since its founding in 1988, the organization has expanded tremendously and now coordinates a staff of nearly 9,000 people in 17 countries.

HALO began operating in Nagorno-Karabakh in 2000, focusing on landmine clearance and risk education. In the 1990s, both the Armenian and Azerbaijani forces laid mines in Nagorno-Karabakh, which has since suffered from the highest number of landmine accidents per capita of any region of the world. Additionally, the presence of mines across the area has impeded economic development, preventing farmers from cultivating fertile land, and leaving roads and other planned infrastructure projects unbuilt.

With significant financial support from the U.S. Agency for International Development, HALO has cleared nearly 500 minefields in Nagorno-Karabakh, or Artsakh, as Armenians often call the territory. It is also now one of Nagorno-Karabakh’s largest private employers, as the overwhelming majority of its staff comes from local communities.

Additionally, HALO’s niche focus on serving relatively remote and isolated communities may prove to be a key advantage in the organization’s efforts to provide coronavirus assistance to Nagorno-Karabakh.

To this day, neither Armenia nor Azerbaijan are state parties to the Convention on Certain Conventional Weapons, the Ottawa Mine Ban Treaty, and the Convention on Cluster Munitions, all of which cover landmines and other unexploded ordnance. Both the Armenian and Azerbaijani governments have stated they will not sign the treaties until the Nagorno-Karabakh conflict has been resolved. 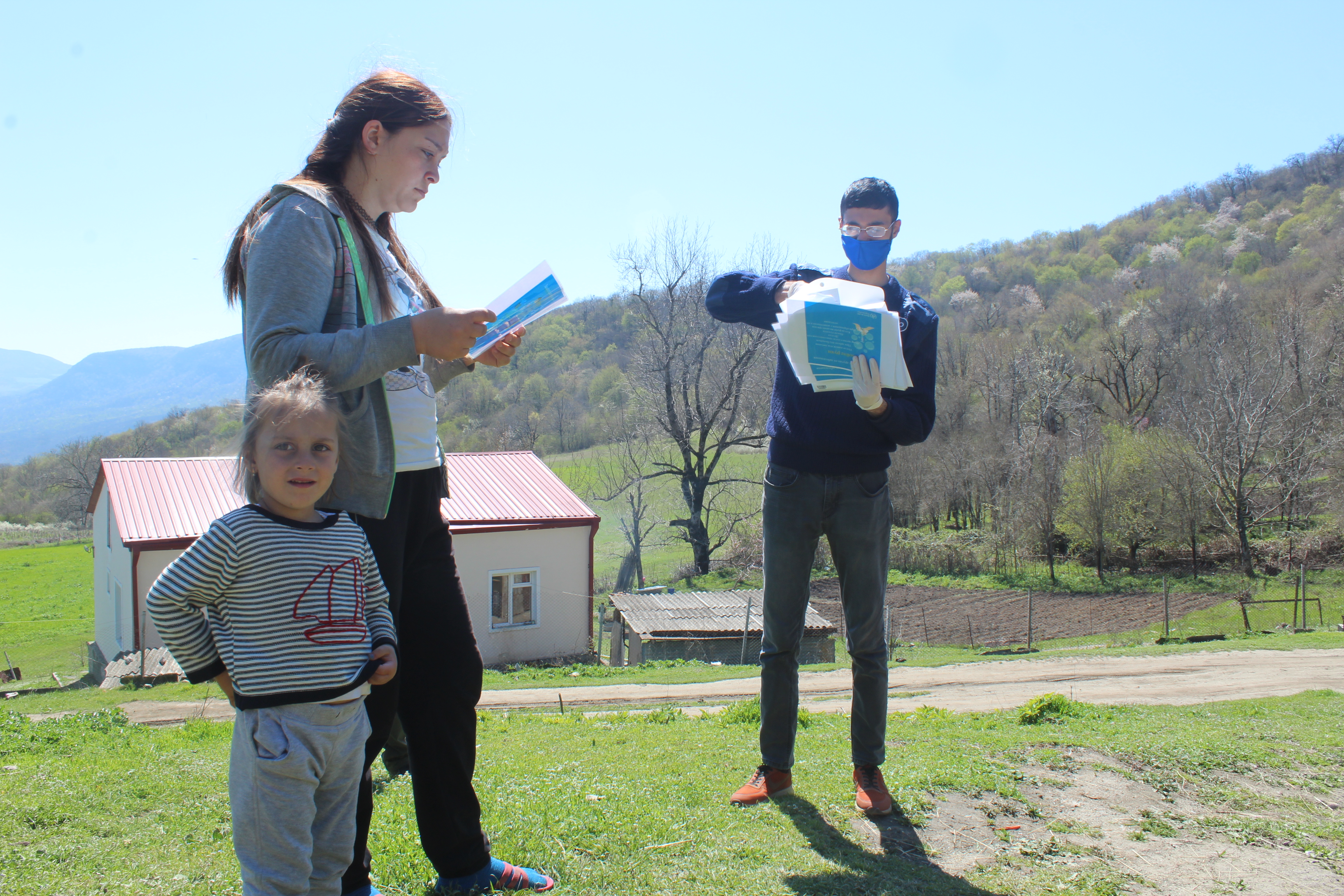 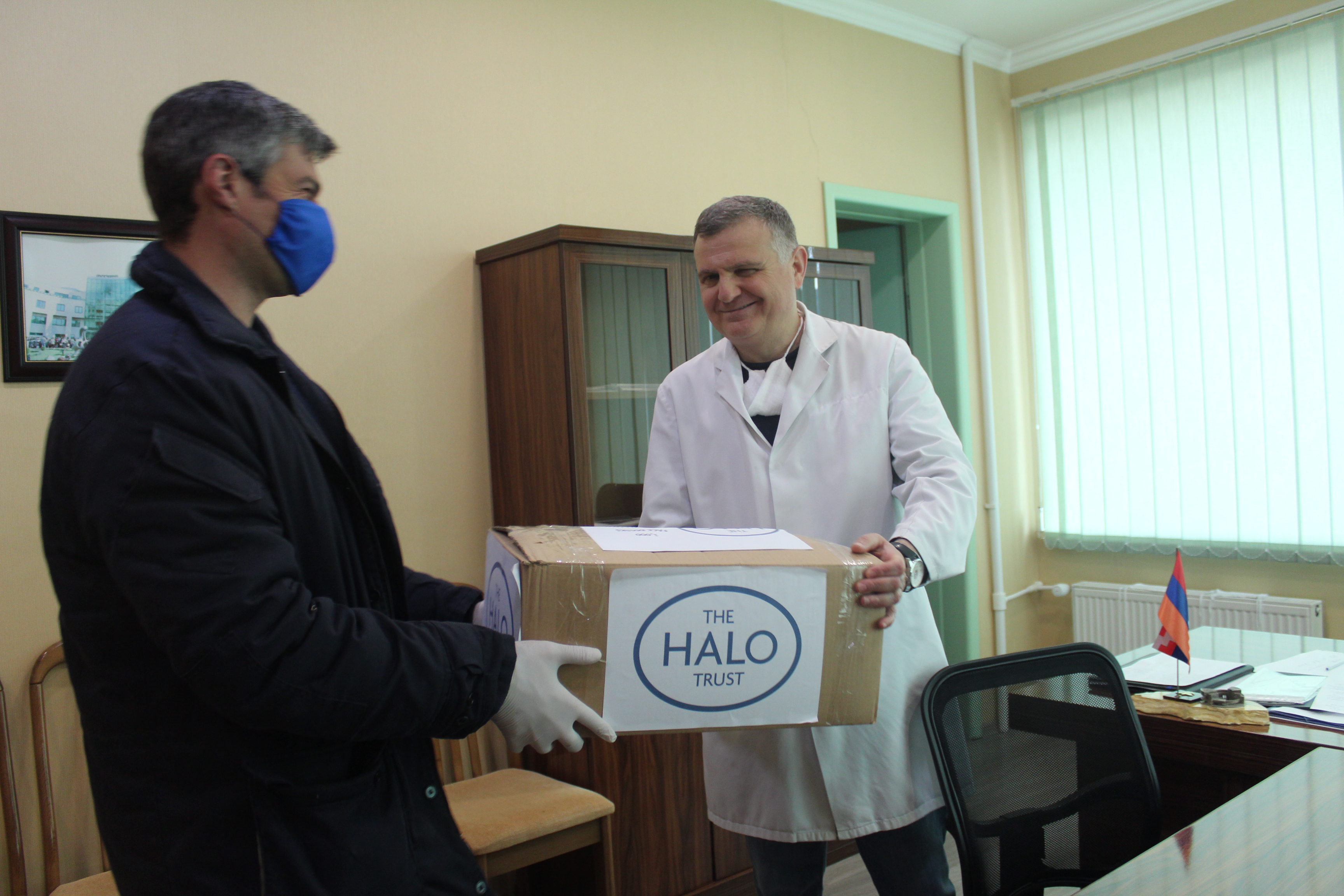 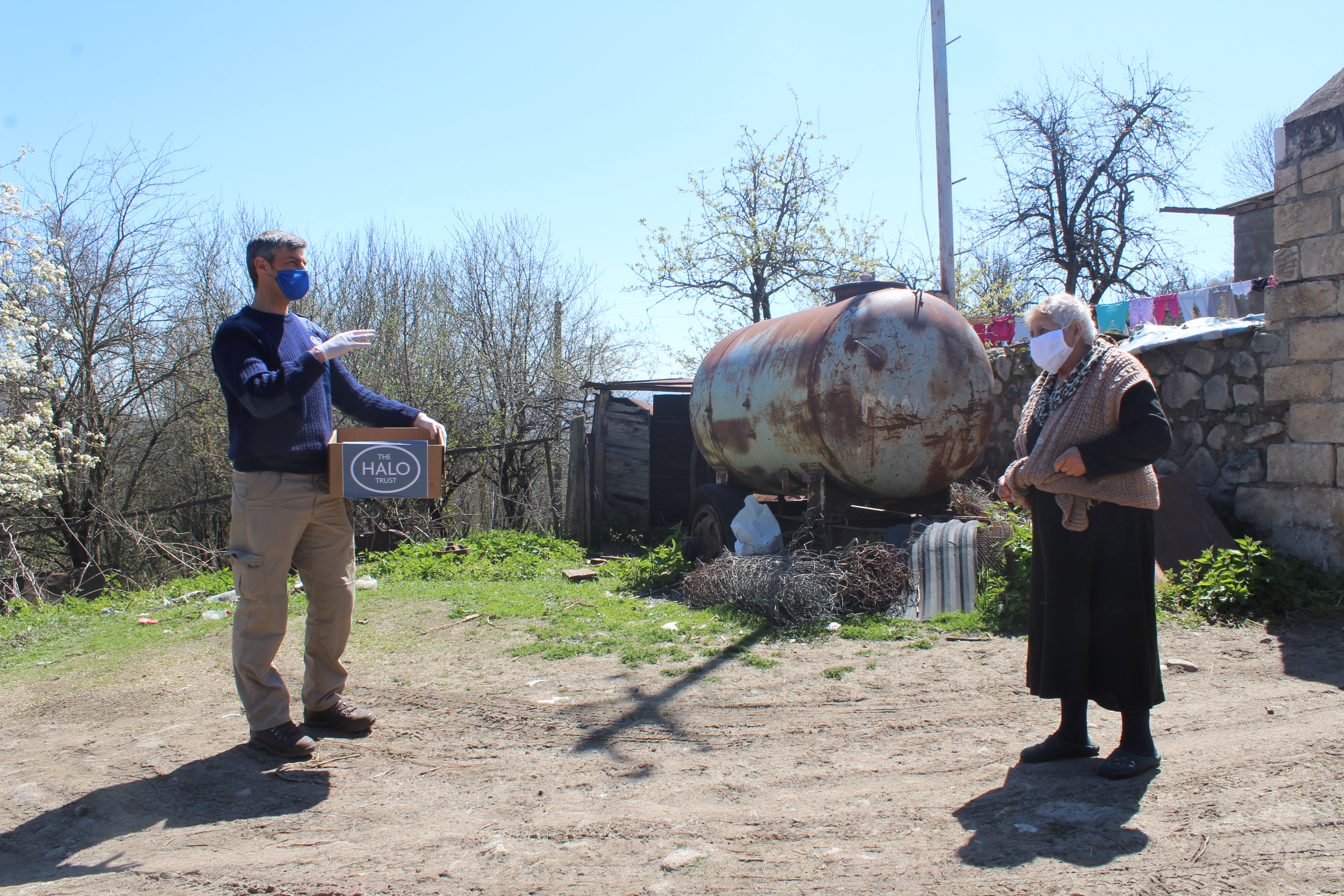 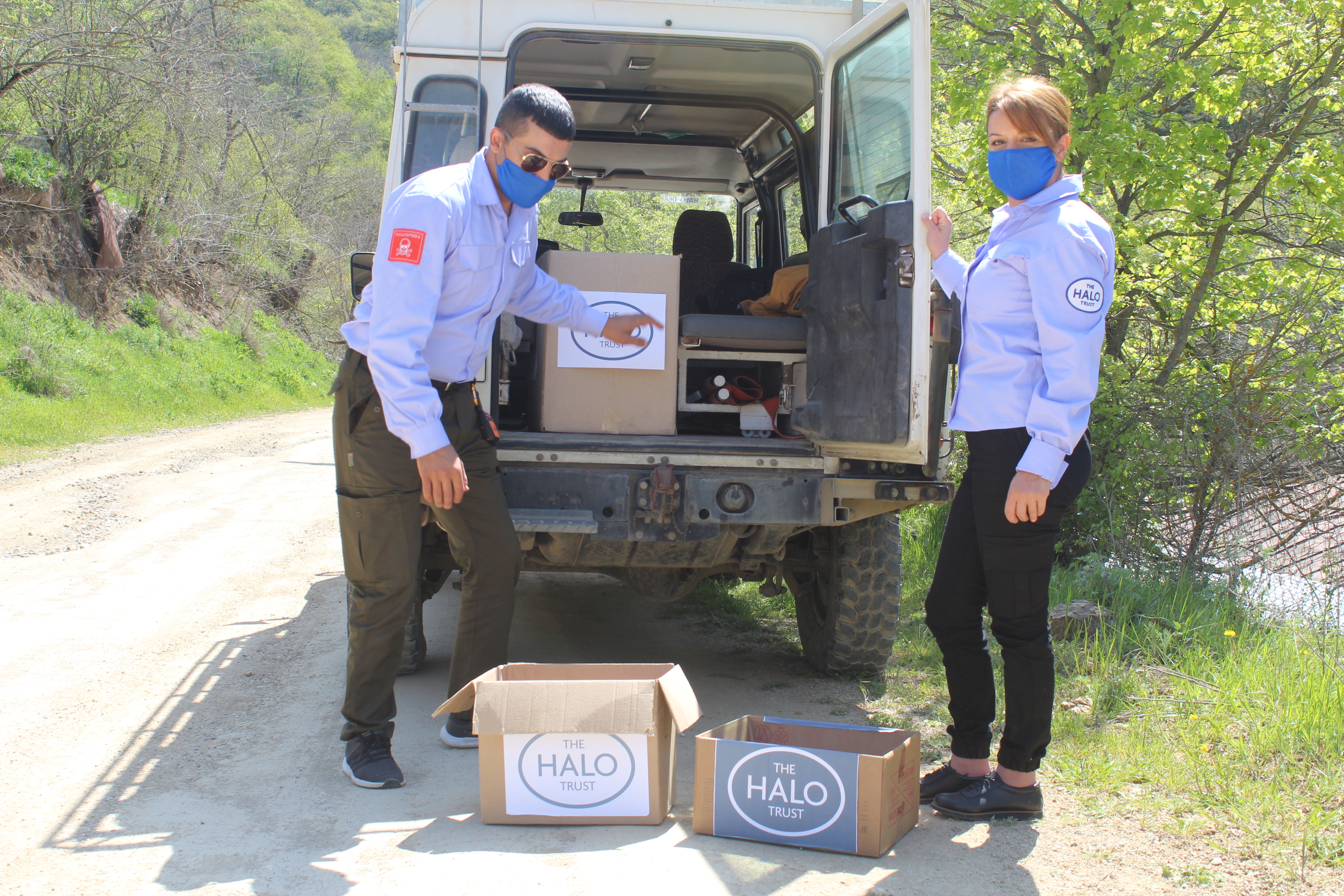 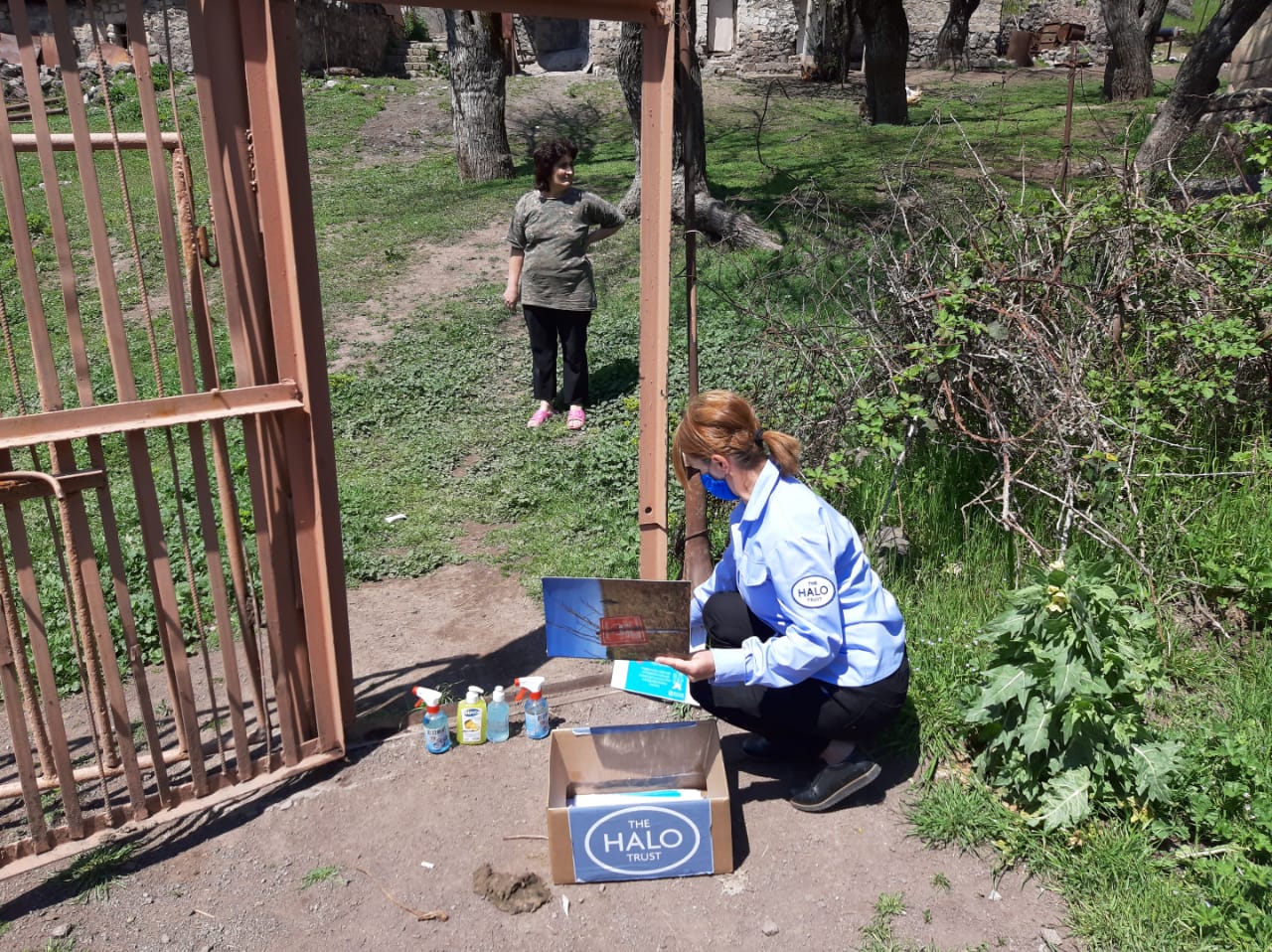 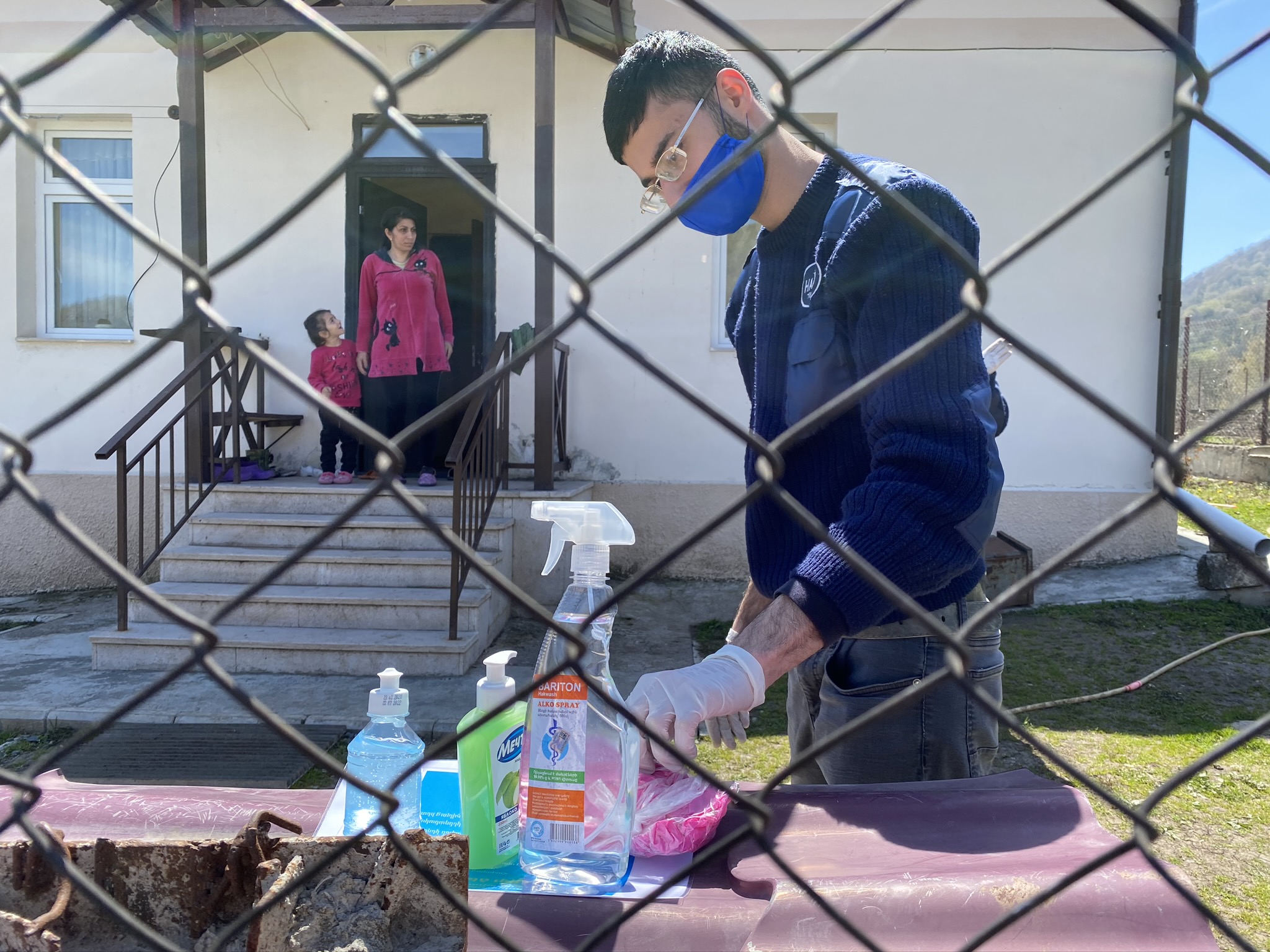 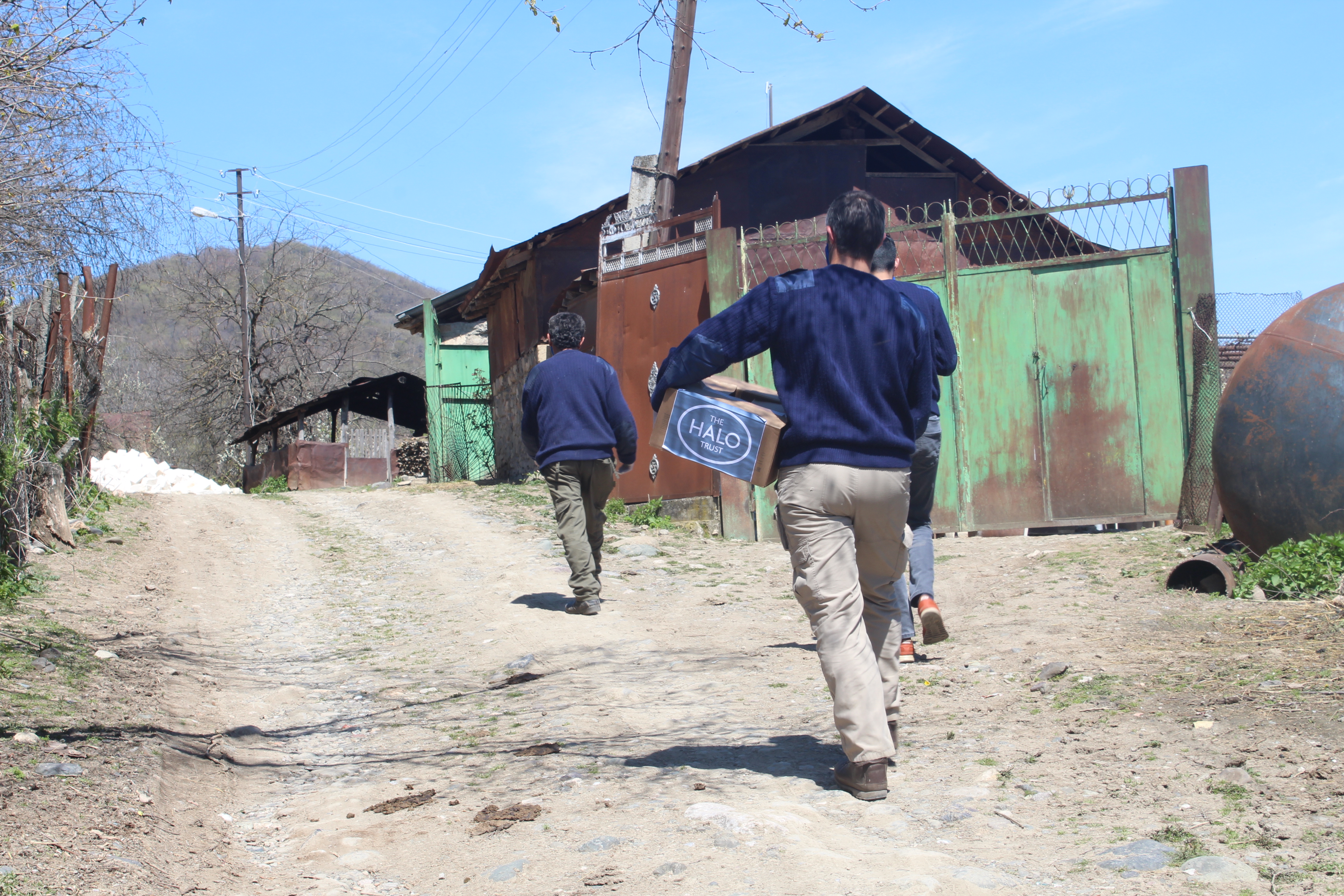 Pashinyan is now projecting that Armenia will grapple with the disease “for at least a year”. Nevertheless, and in spite of the continuing rise in the number of infections, the government recently loosened most of the coronavirus-related restrictions on economic and social activity that it put in place in mid-March.

In Light of Coronavirus Pandemic, Armenia’s Economy Expected to Contract for First Time in Over a Decade

According to the European Bank for Reconstruction and Development (EBRD), countries in Eastern Europe and the South Caucasus are expected to be “severely impacted” by the crisis due to the “tightening [of] global financial markets, strong pressure on domestic foreign exchange markets, and reduced foreign demand for exports” from the region.