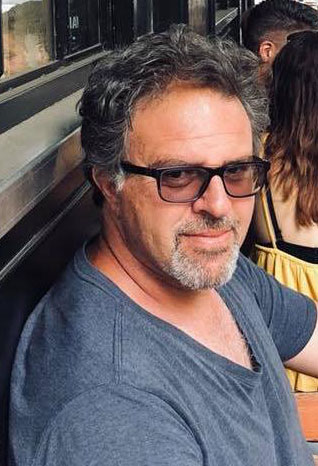 Life has been so depressing lately. I have gone through a bewildering array of moods over the last two months. Before the war, I almost always saw myself as a globalist who loved those parts of his Armenian identity and history that he had selectively weaved into his situational present. I identified with things, states of mind, and people who were in-between, liminal, neither this nor that. In-betweenness for me was a metaphor for the Armenian condition. Armenians, at least the ones I studied and admired, were the quintessential “people of the threshold.” Like them, the space that was intersectional was my home. I carried it with me as I traveled. On September 27 when the war broke out, I began to feel less and less the need for in-betweenness in my life. With every passing day, I was more connected with my Armenianness, not as a figure of exile, unbelonging or difference from everyone else and especially from other Armenians but as one where I felt a sense of “wholeness” with fellow Armenians and difference with others. The war was my rite of passage from liminality to what the anthropologist Victor Turner calls communitas, a Latin term for a community that is destructured and without distinctions or differences. In communitas, members of a community feel oneness and brotherhood and sisterhood with their fellow members irrespective of differences of status, class, opinion, upbringing, or whatever other socially ascribed differences may stratify individuals in any given group. On 26 October, when rumors began to spread that the Azeri army had closed off the road from Goris to Stepanakert, I became “overcome by nationhood,” to borrow a phrase from Slavenka Draculić’s The Balkan Express: Fragments from the other Side of the War (1992), which I read at the New School with my professor, Aristide Zolberg. My communitas was reinforced and focused on how to better myself so I could be more useful to my brothers and sisters. That very same day, I reached out to an Armenian 70 something year-old, Fairuz-listening, Harley-riding biker from Beirut who hangs out at my outdoor cafe in Long Beach with his Sturgis friends and praises Trump. I had snubbed him several times due to his political affiliation, but that day I walked up to him and told him that he was “my brother.” I wrote emails or messenger texts to fellow Armenian academics with some of whom I was never that close. I apologized for being mean-spirited and downright nasty to them in the past and told them they were my sisters and brothers. In the days that followed, my mind, usually prone to wild fluctuations of depression, suddenly became focused like a laser. It was artful as never before and able to conceive remarkably original ideas. I think feeling beleaguered, under attack, and forgotten by the rest of the world had put me in a “survival mode” and sharpened my thinking. On October 31, we had a very successful conference on Artsakh at UCLA, which I had helped organize. Then came the trauma of ignominious defeat and humiliation. My communitas evaporated when I listened to some protesters calling for Prime Minister Pashinyan’s head in public rallies in Yerevan and using language that harkened back to a corrupt authoritarian past but returned and intensified as it has every time I watch a video of columns and columns of cars and trucks carrying wretched refugees once more from their homes to safety elsewhere. As a historian of things Armenian, I know that Armenians have a tested record for survival and will survive this serious setback as well. How well we survive and improve will depend a lot on our ability to hold on to the evanescent state of communitas and how we learn to love and respect one another as brothers and sisters.

This piece is part of the Voices on Karabakh collection where a select group of scholars, intellectuals, and artists contribute observations on the war in and for Karabakh. It's an attempt to make sense of this time and this region.