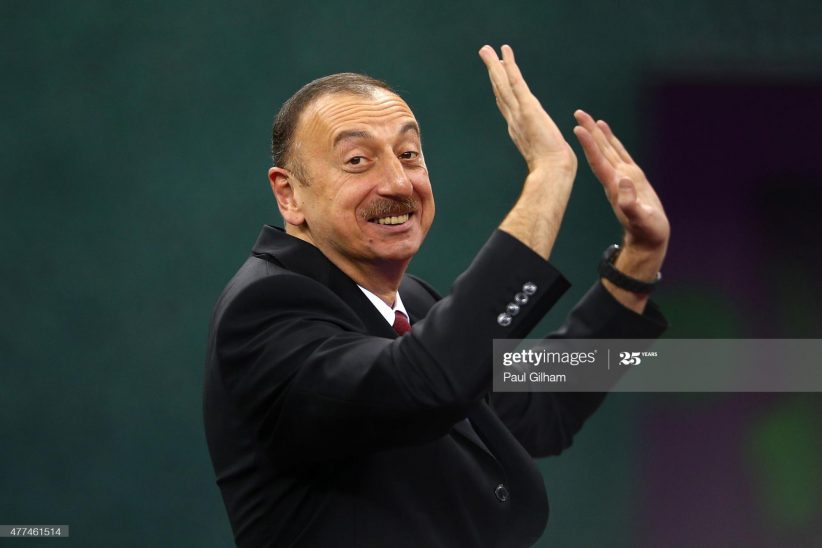 Emil Sanamyan, editor of the USC Institute of Armenian Studies Focus on Karabakh platform and specialist on the South Caucasus spoke with CivilNet’s Karen Harutyunyan about the recent escalation on the Armenia-Azerbaijan border.

ES: Azerbaijani officials – including the minister of defense – have been hinting that their “patience was running out” for the past few months. Initially with change of government in Armenia, Aliyev promoted the notion that the new government would be more “flexible” in the Karabakh talks, but of course this notion proved not to be grounded in reality.

Just two weeks ago, Aliyev once again called talks with Armenia “meaningless”, and Azerbaijani forces began preparation for yet another “small victory”-type operation. Just a day before the Tavush fighting began, there were persistent rumors of Azerbaijani moves to occupy high ground on the Mrav mountain area opposite Armenia’s Vardenis region. The point of that would be in part to monitor traffic on Vardenis-Mardakert road. This was supposed to “mirror” their move in northern Nakhichevan opposite Areni in May 2018.

It appears the Armenian military-political leadership decided not to wait for Azerbaijan to move and made its own move on July 12, by taking an Azerbaijani post – incidentally located within Soviet Armenian borders – and improving the Armenian tactical position in the Berd area. Azerbaijani forces have since tried but failed to capture that position.

So far, the fighting follows the logic of similar past escalations. One key difference is that the Armenian side has maintained escalation dominance, responding to Azerbaijani attacks in notably more robust manner than before. Faced with this pressure, Aliyev has been trying to regain dominance, most recently by trying to draw in Turkey and testing Russia’s commitment to defend Armenia from Turkey.

Q. There was speculation that escalation was related to domestic socio-political problems in Azerbaijan, and that Baku wanted to distract public attention from those issues. Now it turns out that Azerbaijani President Ilham Aliyev found a scapegoat in his long-time Foreign Minister Elmar Mammadyarov. How did all of this play out?

A. I think this reflects Aliyev’s sense of political weakness at this point. Mammadyarov was friends with Aliyev and was appointed foreign minister for that reason. For almost 17 years he was his loyal helper, particularly in trying to project a more civilized face for the Aliyev regime. And now Aliyev once again demonstrated that he doesn’t value friendship and is ready to dump his friends to protect himself.

As was reported, Aliyev moved against Mammadyarov weeks earlier, arresting the foreign minister’s childhood friend and foreign ministry colleague as part of his faux “anti-corruption” campaign.

Q. What about the street protest in Baku? Do you think it was orchestrated? Why was it allowed and then broken up by police?

A. I don’t think it was orchestrated, but certainly Aliyev is trying to control the public anger, so it does not turn against him. He knows that if there is one issue that resulted in dismissal of his predecessors, it is public anger over setbacks in war with Armenia. That cost both Ayaz Mutalibov and Abulfaz Elchibey their presidency in the 1990s. So, Aliyev is trying to deflect this public anger to the foreign ministry and may soon also deflect it to the defense ministry.

Q. According to reports, Armenia has captured important hills on the borderline causing substantial military and technical losses to Azerbaijan. How will this impact the psychology and atmosphere of future Armenian-Azerbaijani talks?

A. We have to wait and see. These recent developments have presented a serious challenge for Ilham Aliyev, who has long claimed military superiority over Armenia, so even a small territorial setback is painful for Azerbaijan. So, Aliyev is under pressure to demonstrate superiority somehow to shore up his legitimacy. At the same time, he can see that playing these games with Nikol Pashinyan is much more difficult than with Serzh Sargsyan, who was risk averse and sought to avoid escalation, often at the cost of paying a political price for that. Pashinyan has a much greater reservoir of public support and has proven to be much less predictable.