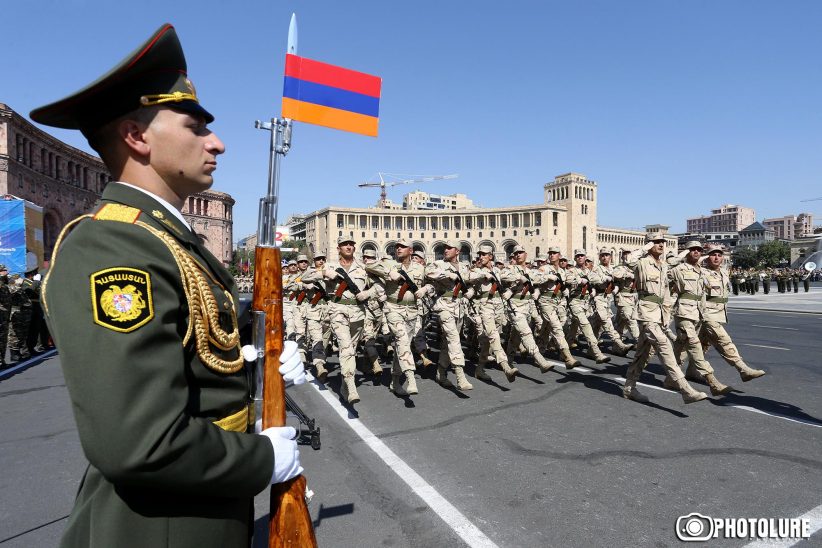 The new national security strategy is meant to reflect wide-ranging changes that have taken place in both the domestic and international political landscapes since 2007, when the previous National Security Strategy was issued. Since that time, “the international and regional security environment has undergone major changes, making the challenges facing Armenia more complex and multi-layered,” the document reads. It continues, “the implementation of the peaceful, people’s Velvet Revolution in Armenia in 2018…requires us to have a new, more ambitious national security strategy.”

Pashinyan drew attention to the most important aspects of the nearly 50-page document in a lengthy speech at the meeting. He began by invoking Armenian history, both linking the present-day Republic of Armenia with the legacies of premodern Armenian polities, like the Bagratuni dynasty (IX-XI centuries), and acknowledging “the unique role played by the Armenian Soviet Socialist Republic in the development of education, science, culture, and industry” in the region. The importance of Armenian national identity, international recognition of the Armenian Genocide, and the settlement of the Nagorno-Karabakh conflict were also woven throughout the speech’s introduction.

Pashinyan then moved to discuss the new strategy through four lenses: national values, national goals, the “pan-Armenian rules of coexistence,” and Armenia’s place in the world.

The prime minister first emphasized the close relationship between the global Armenian nation and the modern-day Republic of Armenia, saying that “the Armenian state is the sole guarantor of our nation’s survival and development” and ranking “Armenian statehood” as the Armenian people’s first national value. Pashinyan also stressed Armenian history, the Armenian language and alphabet, the Armenian Apostolic Church, the Armenian diaspora, and numerous aspects of cultural heritage, such as folklore and cuisine, in his formulation of Armenia’s national values.

In outlining Armenia’s national goals, Pashinyan presented seven key objectives: “providing the prerequisites necessary for the eternity of Armenian statehood”; “international recognition of Artsakh’s right to self-determination without any restrictions”; “international recognition of the Armenian Genocide”; “protecting and promoting” the rights of all Armenian citizens; “equality before the law, equality of men and women, and equal access for men and women to opportunities”; the “preservation and development of [Armenian] national and sovereign identity”; and the “mobilization of the pan-Armenian potential.”

The last point is closely related to Pashinyan’s formulation of the “pan-Armenian rules of coexistence,” a concept introduced for the first time in the new national security strategy. Mostly focused on the settlement of the Nagorno-Karabakh conflict, this section of the document underlines that “the sovereignty of Armenia, Artsakh, and the Armenian people is of the highest value.”

In his speech, Pashinyan went on to say that “the negotiations on the settlement of the Karabakh issue should…ensure the self-determination and security of the people of Artsakh”, and that “any solution agreed upon by the governments of Armenia and Artsakh cannot be considered acceptable unless it gets popular support and approval in Armenia and Artsakh.” He also highlighted the importance of non-violent, free, and fair expressions of the Armenian people’s will, anti-corruption, an independent judiciary, and the rule of law in Armenia.