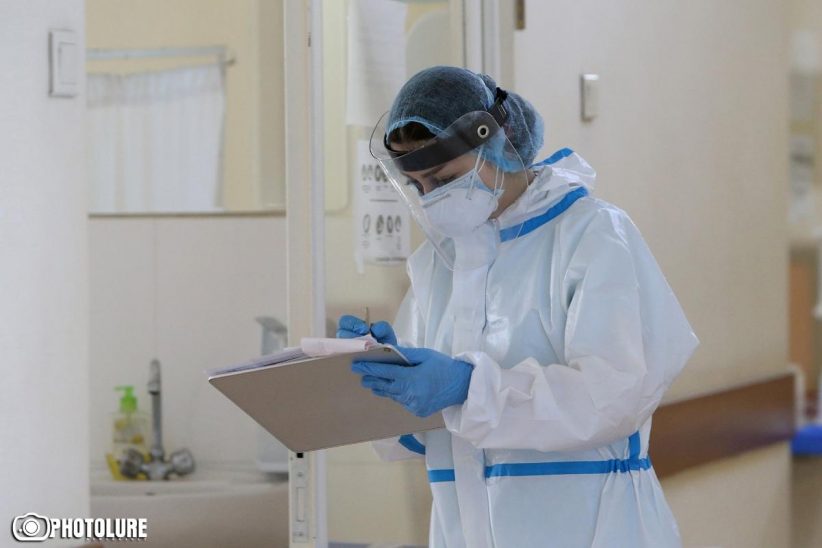 Survey data collected last month by the International Republican Institute (IRI), a Washington-based think tank, indicate relatively high levels of public satisfaction with the Armenian government’s response to the pandemic, in line with other surveys showing a steady increase in public trust in state institutions over the past few years. The poll, funded by the U.S. Agency for International Development, involved a representative sample of more than 1,500 permanent residents of Armenia.

Moreover, when asked in the IRI survey if their opinions of state institutions improved or worsened in light of the pandemic, the majority of respondents reported “better” opinions of three state bodies: the police (65 percent), the Ministry of Health (64 percent), and the prime minister’s office (58 percent).

Such high levels of public trust are particularly important when considering that 74 of respondents in the IRI survey agreed that “it is the shared responsibility of the government and the people to combat coronavirus” when prompted to give their opinion on state versus individual responsibility in responding to the pandemic.

However, the survey also indicates high levels of public concern about the coronavirus, with 85 percent of respondents saying they are “very” or “somewhat” concerned that they, their family, or someone they know will become infected—despite the fact that 62 percent of respondents reported not knowing anyone who has been diagnosed with the disease.

The IRI survey also included a number of questions about the role the media plays in informing Armenians about the pandemic. Overall, the majority of respondents (61 percent) again expressed being “very” or “somewhat” satisfied with “the performance of Armenian mass media in general.” Similarly, 68 percent of respondents labeled Armenia’s “national media outlets” “very” or “somewhat” trustworthy. Concerningly, though, 66 percent also reported “encountering information in the media (social media included) regarding coronavirus that [they] believe is misleading or false” on at least a weekly basis.

As of July 20, Armenia had confirmed nearly 35,000 coronavirus cases, according to the World Health Organization.