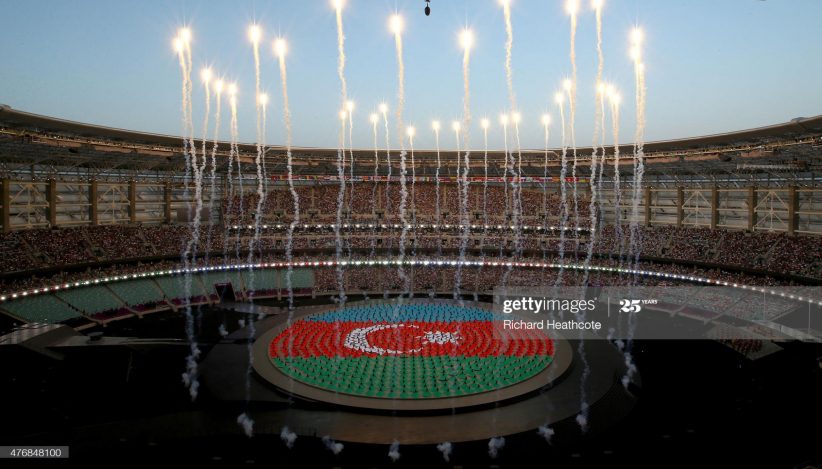 Petrosrategies, a French think-tank specializing in energy issues, has published an analysis on the recent escalation between Armenia and Azerbaijan in its “World Energy Weekly” magazine.

The safety of energy installations vital to Azerbaijan and Armenia – the possible destruction of which could have serious regional and international consequences – has been at the core of altercations between the two countries since military clashes occurred between them from July 12 to 16, 2020. The issue was initially raised by the Azeri side. The first to speak was Azeri Defense Ministry spokesman Vagif Dargyakhli, who on July 16 said: “Armenia should not forget that the newest missile system of Azerbaijan is able to take an accurate shot at the Metsamor nuclear power plant that will be a disaster for Armenia”.

On July 18, in a videoconference organized by the Washington-based Caspian Policy Center, the vice-president of Azerbaijan’s national hydrocarbon company SOCAR, Elshad Nassirov, drew attention to the fact that several Azeri oil and gas pipelines pass very close to the perimeter where the latest clashes took place: the Baku-Supsa and Baku-Tbilisi-Ceyhan oil pipelines, as well as the Baku-Tbilisi-Erzurum gasline. “I want to use this opportunity to invite our colleagues in Washington and elsewhere to think about how fragile the Ganja corridor and the Trans-Caspian region are and how to provide military and physical security to the corridor that provides energy security to Europe”. The “corridor” in question is the valley of the Kura river, which is crossed by three hydrocarbon pipelines visible from the part of the front line that separates the northern areas of Armenia and Nagorno-Karabakh from Azerbaijan.

Armenia’s response was delivered by the country’s Prime Minister, Nikol Pashinyan, during a meeting with senior officers at the country’s defense ministry on July 18. Denouncing the “propaganda” that Armenia, presented as “a global threat”, is “preparing to disrupt and dismantle the international energy infrastructure originating in Azerbaijan”, Pashinyan said: “This is of course an absurd assertion since Armenia theoretically has had the opportunity to take such an action previous to last week’s events. However, we have never had such a goal, and it will never be on our political agenda to create economic, political, military or security instabilities in the region or in the world”. As for the threats to the Metsamor nuclear power plant (which is 35 km from the Armenian capital Yerevan), “this is a statement that should be unequivocally considered a crime against humanity”, he said, calling for an “international response and investigation”.

The mid-July clashes fall within the framework of the Armenian-Azeri conflict around Nagorno-Karabakh, an Armenian enclave attached to the Soviet Republic of Azerbaijan in 1921 and which proclaimed its independence in September 1991, when the USSR collapsed. Their particularity is that they took place on the frontier with Armenia, an internationally recognized sovereign country, rather than on the unrecognized border of Nagorno-Karabakh – as had been the case during the “four-day war” of April 2016. And it is also the first time that energy issues have been openly raised in this conflict. What is drawing attention is Azerbaijan’s request to Washington (via SOCAR) to provide “military and physical” security to the pipeline “corridor”.

Besides the fact that it’s impossible to imagine how the United States could respond positively to this request, it’s certain that the Azeri move must have seriously annoyed Russia. On July 17, the Russians announced large-scale military exercises in neighboring regions of Azerbaijan and Georgia to “test the readiness” of their armed forces in anticipation of the Caucasus-2020 maneuvers, scheduled for September, in which Armenia is to participate. Although these exercises have been planned for a long time, the fact that they are being held in the aftermath of the Armenian-Azeri clashes of the previous days has obviously raised a few questions in Azerbaijan, causing the latter’s Minister of Defense to call his Russian counterpart.

The political climate in Baku is tense. The Azeri Army lost fourteen soldiers in the fighting – including a general – as compared to four on the Armenian side. On July 14, street protests in Baku, originally organized by the ruling party in support of the Azeri army, turned sour: groups of demonstrators left the procession to attack the Azeri parliament. The government accused the opposition of hijacking a patriotic movement for its own ends. Foreign Minister Elmar Mammadyarov, in office since 2004, was sacked on July 16. Hours earlier, he had been publicly criticized by President Ilham Aliyev, who was surprised that he had preferred to work from home, instead of going to his office (sic). Mammadyarov’s negotiating efforts with Armenia have been officially described as “meaningless”. In short, Baku says that it is more and more tempted to seek a military solution to the Karabakh conflict because it believes that the negotiations aren’t working.

A lot depends on the support Azerbaijan can hope to get from its main ally, Recep Tayyip Erdogan’s Turkey, and on Russia’s attitude. Turkey is in a belligerent mood, as evidenced by its military intervention in Libya. Its relations with Russia are poor: the two countries are clashing almost directly in Syria and Libya. Ankara is frustrated that the Russians didn’t let it occupy a strip of territory in northern Syria that is supposed to act as a buffer against the Kurds. Based on the statements of Erdogan and his defense minister, it seems that Ankara would intervene alongside Baku in two situations: if Azerbaijan was attacked and/or if Azeri territory was occupied. The clashes were initiated on July 12 by the Azeris, and Armenian forces (which repelled the attacks) reportedly seized the opportunity to move the front line forward over only very limited areas. However, going beyond official statements, what will really matter to Erdogan is his perception of what Russia will or won’t do in the event of Turkish intervention in the Armenian-Azeri conflict. Russia has two military bases in Armenia and the two countries are bound by a common defense pact. Furthermore, they are members of the Moscow-led Collective Security Treaty Organization (CSTO).

The timing of the mid-July clashes also seems to take US political deadlines into account. Relations between Donald Trump and Recep Tayyip Erdogan have warmed over the last few months. US Republicans are traditionally more sensitive to Azeri arguments than Democrats. In this sense, it may be a matter of concern to Baku that, according to the polls, Democrat Joe Biden seems to have a better chance of winning in the November 3 election than the incumbent President. Moreover, the US House of Representatives, which has a Democrat majority, passed an amendment to a defense law on July 21 which asks the executive to submit to Congress a report on how Azerbaijan has used the $120 million in military aid provided by the United States over the last few years. The amendment in question may not be confirmed by the Senate, but its passage through the House is likely to raise concerns in Baku about how much support it can expect from a Biden administration, if the latter wins (and if the US Senate also falls into the Democratic camp).

So, the message of July 12 is clear: Baku is getting impatient. Mammadyarov had transmitted it to his Russian counterpart, Sergei Lavrov, in April 2020. Turkish Foreign Minister Mevlut Cavusoglu repeated it to Lavrov on July 23. The outcome of their talks: Russia pledges to intensify its efforts to find a political solution, while Ankara pledges to calm its Azeri ally. Until when?