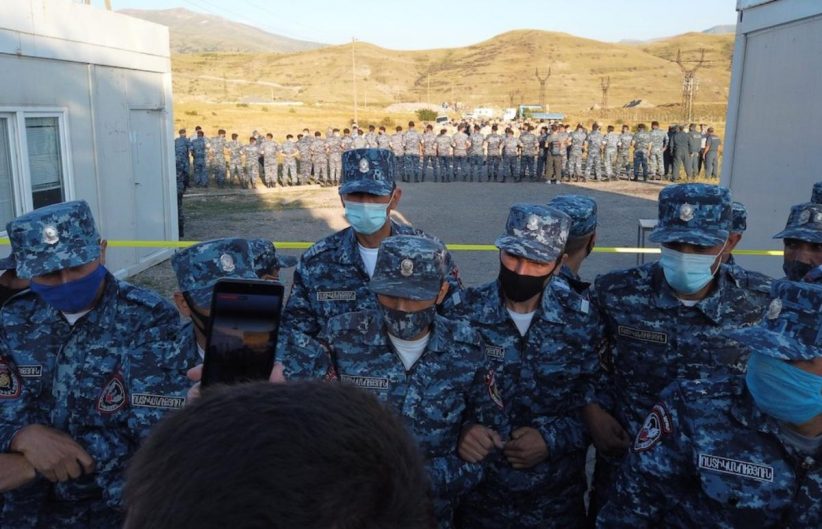 The article was published by Opendemocracy.net

For over two years, the Amulsar gold mine in Armenia has been under blockade. Now, as part of the mining company’s restructuring process, the European Bank for Reconstruction and Development says its investment in the flagship project is finished.

A European Bank for Reconstruction and Development investment in a controversial $400m gold mine in Armenia is to end, a new assessment by the bank’s complaint body states.

For the past two years, Lydian International’s Amulsar gold mining project in southern Armenia has been under blockade by local people and environmental activists, who blocked access to the mine in the wake of the country’s 2018 ‘Velvet Revolution’. News that the EBRD’s investment is due to end comes as protests have been renewed at the Amulsar site in recent weeks, after the Lydian group hired a new private security firm and removed a trailer belonging to activists.

The London-based development bank has funded exploration, drilling and feasibility studies and environmental and social mitigation measures by Lydian since 2009, and has been targeted with criticism by civil society groups over its support for the company.

“The EBRD owes the public a proper statement expressing its position on the project and current developments,” said Fidanka McGrath, EBRD policy officer at CEE Bankwatch Network. “The recent despicable provocation by Lydian’s security company [at Amulsar] is only a sign of the reputational damage that this investment will continue to inflict on the EBRD, even after its shareholdings in Lydian International are wound up.”

The Amulsar blockade has led to a complex standoff between Armenia’s government, headed by former protest leader Nikol Pashinyan, Anglo-Canadian mining company Lydian International and protest participants themselves. The standoff has also drawn in the mine’s international backers, including the EBRD, as well as the UK and US governments.

The ongoing blockade and a government-ordered environmental audit have prevented Lydian, Armenia’s largest foreign investor, from completing work at the mine, as well as causing it financial difficulties. An assessment report by the EBRD’s Independent Project Assessment Mechanism (IPAM), published on 7 August, states that the bank’s investment will be “terminated” as part of Lydian’s corporate restructuring process.

After Lydian’s lenders revoked their agreement to suspend the company’s interest and principal payments, which had been initiated as a result of the Amulsar blockade, the group is now owned by its three senior lenders, resource investment firms Orion Resource Partners, Osisko Mining and Resource Capital Funds. Lydian’s existing parent company in Jersey, in which EBRD held a 5% shareholding, is being liquidated as part of this restructuring. The IPAM report states that EBRD “has no financial interest” in restructured Lydian’s new parent company, which is incorporated in Canada, and the completion of the Jersey proceedings “will result in the termination of EBRD’s shareholding”.

“The EBRD can still redeem itself by speaking up in support of democracy and by working with the Armenian government to remedy the environmental harm and social conflicts caused by the project,” said Fidanka McGrath. “Either way the bank will have to answer for its failure to ensure proper consultations with affected communities.”

Disagreements over the potential environmental and social harm of the Amulsar mine, which is 75% complete, have animated much of the public tension over the flagship mining project. Campaigners have cited concerns over the mine’s potential impact on environmental damage, local tourism and social change, and a petition signed by 26,000 people has called on the mine’s financial backers, including the EBRD, to divest. In 2017, the International Finance Corporation, the World Bank’s development arm, withdrew its funding from Lydian International, stating that its investment was no longer necessary.

Lydian calls the mine blockade illegal, and has accused the Armenian government of “inaction” over the situation. In March 2019, Lydian notified Armenia of a potential international arbitration dispute under British and Canadian bilateral investment treaties over what it calls an “ongoing campaign by the Armenian Government targeting Lydian’s investments in Armenia”.

Lydian, originally based in Jersey, states it has followed the highest international standards on environmental mitigation and protection for the proposed mine – as required by EBRD, which has been invested in the company since 2009.

“There is no environmental issue here, it has grown into a political issue,” Lydian Armenia director Hayk Aloyan said in a recent interview. “The entire world follows the situation in Armenia, where the most environmentally-sound mining investment project has become hostage to political games.”

The unfinished mine was set to employ 750 people once it came online, Lydian states, with another 3,000 jobs created by local companies linked to the mining operation. Company projections put the number of its tax and royalty contributions to the Armenian state budget at €432 million through the ten-year operation of the mine.

The EBRD IPAM report comes in response to a complaint by residents of the local tourist town of Jermuk, as well as five non-governmental organisations in May this year. They claim that Lydian had “failed to ensure that the project complies with the requirements of the bank’s Environmental and Social Policy”, and that they had “already experienced serious environmental harm from the project, resulting from pollution of water, air and land”.

The EBRD stated in response to the complaint that “environmental and social due diligence on the Project was undertaken and that the issues presented in the Request had been adequately addressed by the Company”. The report did not state Lydian’s position on the specifics of the complaint, but that the company “had indicated their willingness… to move discussions with stakeholders forward and with the intent of resolving issues”.

In its summation, IPAM stated that “Problem Solving would offer limited potential for a constructive dialogue… due to the lack of trust between the Parties”, and that the “Parties share irreconcilable differences in their own principles”.