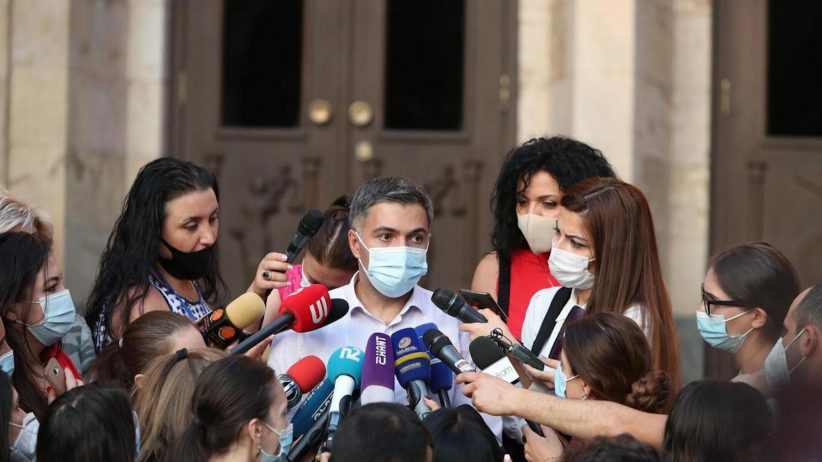 Yervand Khundkaryan, Armenia’s only candidate nominated for the position of the Chairman of the country’s Constitutional Court, failed to garner enough votes during an election on September 24.

The candidate who receives two-thirds of the votes of the judges in the Constitutional Court is elected chairman. In the case when one candidate is nominated, he or she must be elected by a mjoirty of the total number of judges in the Court. Khundkaryan needed five votes from a total of nine judges for the position.

Pashinyan’s government has made judicial reform a priority, stating that reform is not possible without the dismissal of the judges who had been appointed by and served during then-President Serge Sargsyan’s terms. In June, the National Assembly of Armenia passed a bill dismissing Hrayr Tovmasyan as Chairman of the Constitutional Court. He continues to hold a position of a judge in the Court.

Tovmasyan and six other judges had been under strong government pressure to step down. They have been accused of maintaining close ties to the country’s former government and impeding judicial reforms. Tovmasyan and opposition figures have dismissed these claims, saying that Pashinyan is simply seeking to gain control over the Constitutional Court.

Tovmasyan himself participated in the vote despite having criticized the constitutional amendments as illegal.