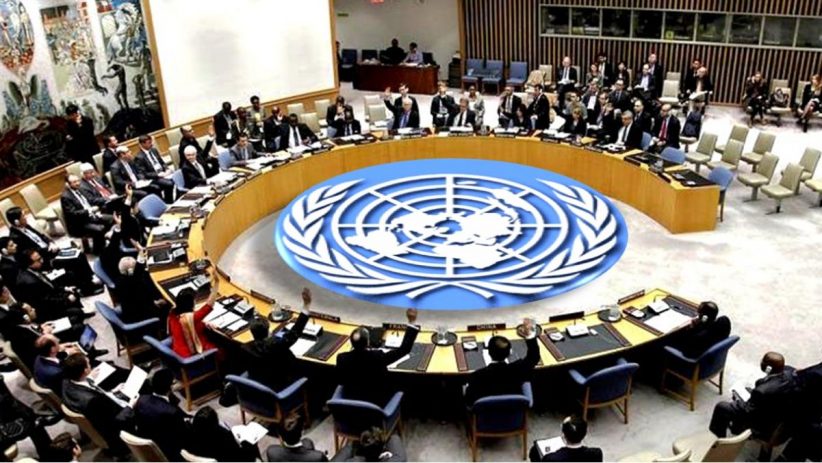 The United Nations Security Council addressed the Nagorno Karabakh conflict on September 29 in an emergency closed-door session in New York. Following the meeting, the members called for “Karabakh clashes to end immediately.”

The Security Council has 15 members, five of which – the US, Russia, China, France, and the UK – are permanent members and have veto power.

The discussion was initiated by Estonia, which is one of the non-permanent member states of the Security Council. It is unclear whether the UN Security Council will adopt a resolution as a result of the session.

The last time the UN Security Council addressed Nagorno Karabakh was 27 years ago, in November of 1993, when it adopted its fourth and final resolution regarding the conflict. This occurred after the Armenian forces arrived at the shores of the Arax River. It was the only resolution out of the four that mentioned the engagement of Armenian armed forces in the Karabakh conflict.

As a result of Baku’s diplomatic efforts, the Security Council first adopted a resolution regarding the conflict in April 1993, when Armenian forces went into Karvachar. All four resolutions – 822, 853, 874, and 884, were adopted during the most active phases of hostilities, from April to Nov. 1993.

During this six-month period, the territory of Karabakh more than doubled. It is worth noting that in May 1992, when Armenia and Karabakh became physically connected through the Lachin Humanitarian Corridor, the UN Security Council did not adopt a resolution. Presumably, the international community had understood the reasons for the conflict, the issue of people’s security, and humanitarian measures that needed to be taken. They understood that the safety of the people of Nagorno Karabakh would be under threat if there was no land connecting the region to its only security guarantor, Armenia.

In all four resolutions adopted by the UN Security Council, there were two main points and demands — to put an end to fighting and hostile military operations, and to have the willingness to negotiate. In all four resolutions, the council urged the Karabakh armed forces to withdraw their units from the “occupied territories of Azerbaijan” and for Armenia to use its influence to ensure that the Nagorno Karabakh authorities complied with the provisions of the resolutions.

Following Resolution 822, which was adopted following the events that transpired in Karvachar, the UN Security Council adopted Resolution 853. This time the focus was Aghdam. It is worth noting that after leaving Aghdam, for the first time Baku – with both written text and orally – expressed a desire to enter into direct negotiations with the military and political leadership of Karabakh. The first talks took place in late July 1993 in the Martakert region. In September of the same year, a secret meeting took place in Moscow between the then-Karabakh leader Robert Kocharyan, and then-Azerbaijani President Heydar Aliyev. In his archives, Russian mediator Vladimir Kazimirov saved a document that Baku authorities sent to Stepanakert. In the document, the Azerbaijanis used the wording Mountainous Nagorno Karabakh Republic to describe the region. Kazimirov humorously recalls advising the Azerbaijanis to remove the word republic and resend a new text.

UN Security Council Resolutions 874 and 884 called on the Armenian forces to withdraw their troops from Füzuli, Ghubatlu, and the territories on Arax River. Only Resolution 884 refers to Armenia’s direct participation in the conflict.

Armenian forces expanded their security zone again after November 1993, but the UN Security Council did not adopt another resolution. On Dec. 17, 1993,  Azerbaijan launched a large-scale offensive along the entire front. This was the deadliest phase of the war, in which more than 5,000 people were killed over the span of five months. Azerbaijan was able to achieve some success in the Horadis region, as well as in Karvachar. While Azerbaijan managed to hold the land it captured in Horadis, it suffered a huge defeat in Karvachar, leaving behind hundreds of corpses in the snow-covered ranges of Mrav Mountain.

Today, Azerbaijan continuously refers to the UN Security Council resolutions, selectively emphasizing only those points that are in its interests. Baku has been making diplomatic efforts to transfer the negotiating platform from OSCE Minsk Group into other international spaces, including the UN, where it believes it can find a more favorable solution.

According to the latest official reports, as a result of the operations launched by Azerbaijan on Sept. 27, 2020, the Azerbaijani side has suffered more than 400 casualties. The Azeri Armed Forces lost a total of four helicopters, 36 ATS, 36 tanks, and an infantry combat vehicle, as well as two military engineering vehicles, 47 armored vehicles, and one aircraft.

The Armenian side has suffered more than 100 casualties.