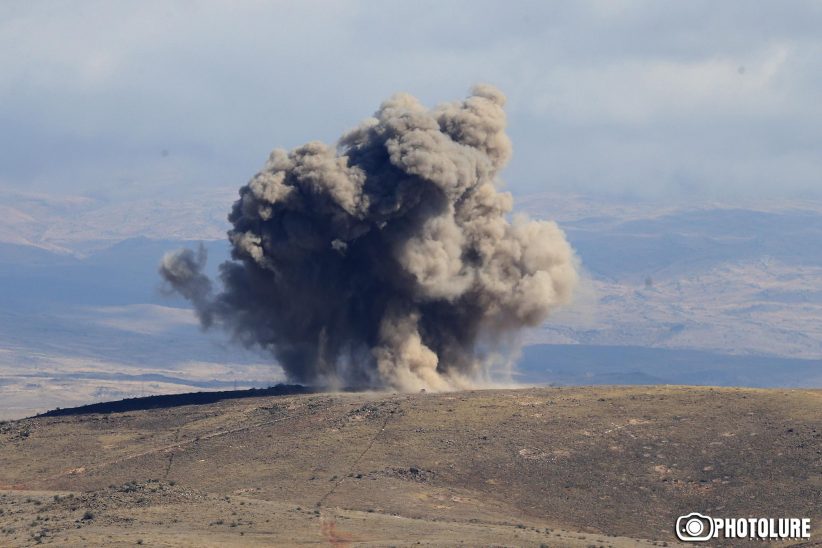 Most of Azerbaijan’s casualties among military personnel are members of national minorities, Vahram Poghosyan, spokesperson of the Nagorno Karabakh President said during a morning press conference in Stepanakert on October 1.

“The intelligence unit of the Karabakh Defense Army reported that the majority of Azerbaijan’s casualties among military personnel in various areas of the frontline are members of Azerbaijan’s national minorities,” he said.

“148 Lezgins were killed on one front alone,” Poghosyan said, predicting that “In the near future we will witness protests by national minorities”

According to Poghosyan, “There were syringes in the pockets of all the Azerbaijani servicemen left on our territory.” “This is a war crime,” he said.

Defense Army spokesperson Suren Sarumyan, speaking about the events of last night, said that artillery battles continued on some sections of the Artsakh-Azerbaijan border. The maneuvers of the enemy were spotted and prevented.

Speaking about the civilian casualties in Martakert, Sarumyan said that Azerbaijan could not advance even an inch in that direction, so they targeted the civilian population.

At the moment the situation remains stable, but tense, he said.

On September 30, in an interview with Civilnet, Talysh publicist Zabil Mageramov noted that in Azerbaijan, members of national minorities are the ones mainly sent to the frontline. According to him, 50 percent of the casualties among military personnel are Talysh. “This is a genocide of the Talysh people,” Mageramov said.