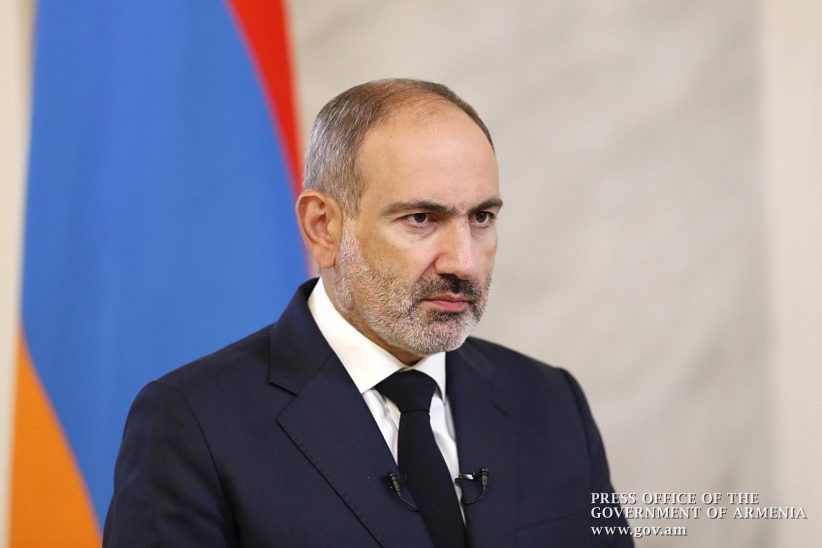 Address to the Nation by Prime Minister Nikol Pashinyan

For almost a week now, the Armenian nation in Artsakh and in Armenia has been resisting the terrorist offensive unleashed by Azerbaijan and Turkey. The scale of the offensive is unprecedented: the enemy is attacking with such a scale that according to military experts has not happened very often during the 21st century in any corner of the world or any of the conflict zones. Hundreds of tanks, armored vehicles, thousands of missiles, several dozen airplanes, hundreds of UAVs, and tens of thousands of infantry are targeting the military units of the Artsakh Defense Army along the Line of Contact for almost a week now.

Our analysis has shown that between 150 to 200 Azerbaijani soldiers are attacking a single military unit of the Artsakh Defense Army. And such attacks are repeated several times during the day, accompanied by missiles, artillery, armored vehicles, aircraft and UAVs. Our servicemen testify that Syrian mercenaries and terrorists; special units of the Turkish Armed Forces are deployed on the ground together with the military units of Azerbaijan’s Armed Forces.

There are 150 high-ranking Turkish officers leading the military operations on the part of Azerbaijan. This description in itself shows that intense battles are taking place on the frontline.

The vigilance with which our soldiers, officers, generals and veterans are resisting the criminal attacks is unbelievable. Our soldiers and volunteers do not spare anything and are showing incredible examples of heroism. Hundreds of Azerbiajani armored vehicles, dozens of helicopters and airplanes, hundreds of UAVs have been destroyed; their human losses are beyond several thousand.

Intense fighting continues all the way through the Line of Contact. In some locations, the Defense Army troops are in challenging positions, in others they are in control of the situation.

We are facing a fateful chapter in our history. The objective the Azerbaijani-Turkish bandits pursue is not to resolve a military or a military-political task. They are not here to deal with Karabakh or the Karabakh issue. They have not come with the objective of capturing territories, villages, cities. Their key target is the Armenian nation. Their objective is to carry on with their genocidal policy. And they have set themselves the task of bringing to completion the Armenian Genocide.

I made sure thereof last night as I had phone conversations with the commanders and officers of the Artsakh Defense Army. I told them that I loved them, that I am proud of them, I bow to their heroism and bravery. I told them that the Armenian nation has had the unique taste of victory and will not put up with any other fate.

Victory and only victory is the ending that we see at the end of this struggle. Today, a few hours ago, the Artsakh Defense Army launched a powerful counteroffensive and recorded significant advances and destroyed several special units of Azerbaijan. No matter how many mercenaries have been deployed over there: the Azerbaijani side cannot compete with the Armenian will to win and live. With joint efforts we will break the adversary’s backbone, so that it could never raise its murderous hands on us, so that its bloody gaze could never fall upon our people.

This is a new Sardarapat, and we all should be prepared to devote ourselves to a single mission that we call final victory. Each of us must be ready to be on the forefront of that victory. We will win! We are sure to win! Rest assured that victory will be on our side!