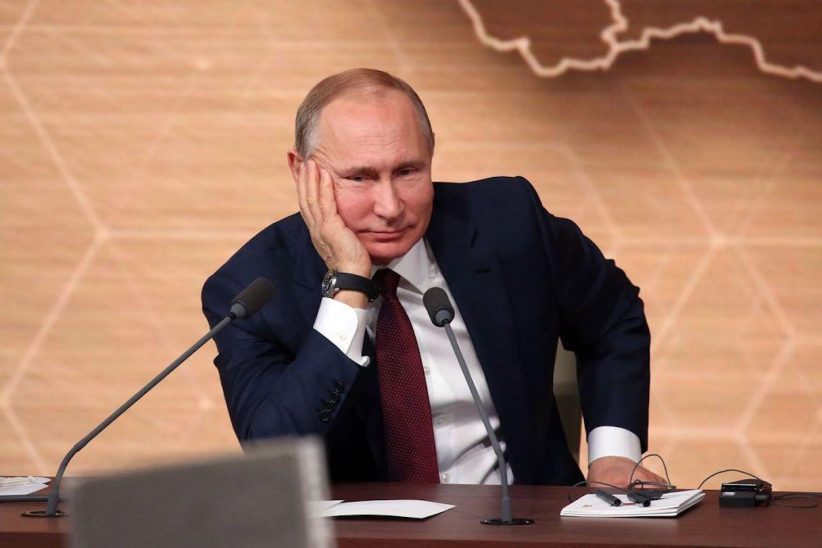 Russian President Vladimir Putin says that Armenia’s and Azerbaijan’s Foreign Ministers have been invited to Moscow on October 9 for talks over Nagorno Karabakh.

A statement on Putin’s presidential website says that the invitation comes following a phone conversation between Armenia’s Prime Minister Nikol Pashinyan and Azerbaijan’s President Ilham Aliyev, during which the Russian president urged both sides to halt military operations in Karabakh for humanitarian reasons – to exchange prisoners as well as the bodies of soldiers who have been killed in the fighting.

Putin’s press secretary said that at this time there is no meeting scheduled between the Russian leader, Pashinyan, and Aliyev, but that, “Dialogues continue at various levels, and I cannot comment any further.”

Russia, together with France and the US, are co-chairs of the Organization for Security and Cooperation in Europe (OSCE) Minsk Group which is tasked with spearheading efforts to find a peaceful solution to the conflict.

Russian Foreign Ministry says that Maria Zakharova, a Russian member of the OSCE Minsk Group, has been calling for a ceasefire and is taking the necessary measures to help resume the peace talks between Karabakh and Azerbaijan.

“The situation in Nagorno Karabakh is very urgent. For this reason, we are showing a strong diplomatic presence as co-chair of the OSCE Minsk Group,” Le Drian said. He also stressed that each party must see that it is in their best interests to end the hostilities and start negotiations immediately without preconditions.

“The novelty of Turkey’s military involvement poses a threat to the internationalization of the conflict, which we do not want,” Le Drian noted.

Karabakh Foreign Ministry welcomed the efforts of the OSCE Minsk Group negotiation efforts, but warned that it will reject any Turkish involvement in the talks.

“We reiterate the central role of the OSCE Minsk Group Co-Chairs in attaining peace in the region. We also firmly denounce Turkey’s participation as potential mediators in the process of peaceful negotiations. The criminal activities of Turkey include leading military hostilities against Karabakh, supplying weapons to Azerbaijan, and recruiting militants from terrorist organizations in the Middle East. These acts of aggression make it impossible for Turkey to join the OSCE Minsk Group,” reads a Karabakh Foreign Ministry statement.