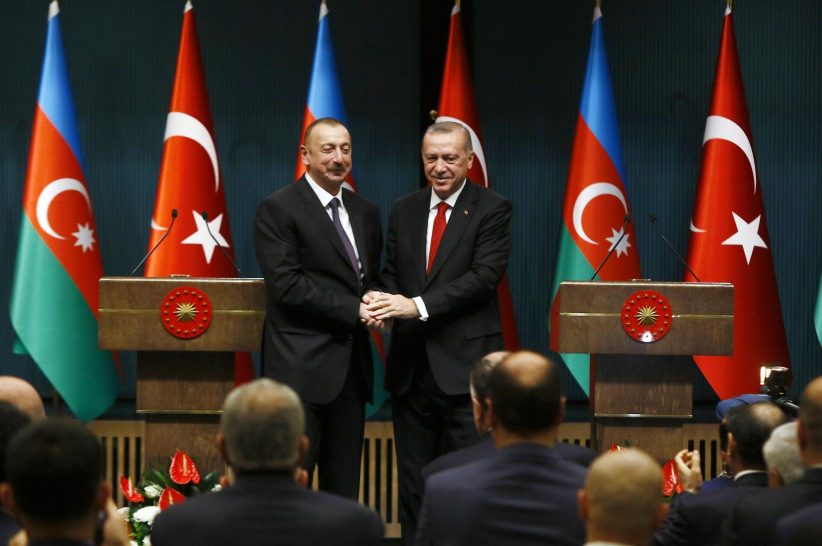 Since 27 September, Azerbaijan’s unprecedented aggression against Artsakh is unpunishably continuing with gross violations of international law and defiance of international commitments. Armenia must immediately initiate and use all the instruments at its disposal to impose various types of sanctions on Azerbaijan and Turkey because of their continuing acts of aggression and violence in Artsakh. Armenia’s primary partner to launch a sanctions procedure against the Turkish-Azerbaijani tandem can be the European Union. This action will certainly be supported by the majority of the EU member states. Currently, the EU’s officials are actively considering imposing autonomous sanctions on Turkey if the Turkish government won’t suspend its search of energy reserves in eastern Mediterranean waters where Cyprus and Greece claim exclusive rights.

Moreover, Armenia can also initiate bilateral consultations with the individual member states of the European Union, eg, the Netherlands, France, Greece and Cyprus, which are working together to design and implement country-based “smart” sanctions via autonomous measures and counter-terrorism listings against Turkey and Azerbaijan. These sanctions can be either comprehensive or selective, using the blocking of assets and trade restrictions to accomplish foreign policy goals.

According to EU law, restrictive measures (sanctions) are an essential tool in the EU’s Common Foreign and Security Policy (CFSP), through which the EU can intervene where necessary to prevent conflict or respond to emerging or current crises. In the EU context, they are an effective tool in terms of punishment, promoting change or preventing the spread of terrorism.

Armenia’s initiative should first target the financial sector of the economy of Azerbaijan to sanction any Azerbaijani financial institution, including any military-affiliated bank. A special effort must be made to sanction Azerbaijan’s sovereign wealth fund, SOFAZ. The purpose of the sanctions should be to deny the Azerbaijani government financial resources which is using to fund and support its war program against Artsakh and Armenia, terrorism and terrorist proxy networks. Collective sanctions imposed by a group of countries can also be implemented to suppress Turkey’s malign regional influence.

Importantly, the sanctions can penalise non-Azerbaijani institutions trading with their counterparties, effectively cutting the banks off from the international financial system. Armenia should seek to choke off Azerbaijan’s access to funds to pursue its acts of aggression against Artsakh. Moreover, Turkey can also be sanctioned under the European Union Customs Union, which allows for the customs-free exchange of goods between Turkey and the EU.

Armenia’s actions should target the Azerbaijani regime and not be directed at the people of Azerbaijan.