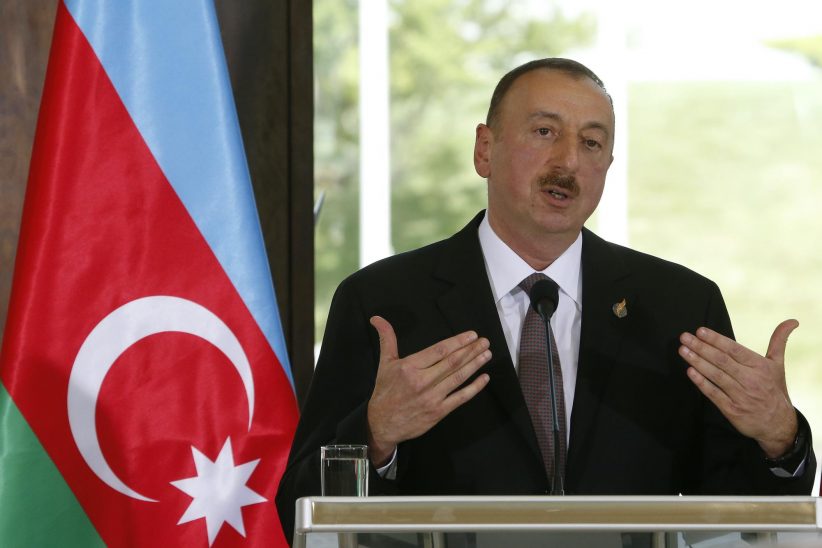 Azerbaijan is ready to stop the bloodshed and resolve the Karabakh issue politically, Azerbaijan’s President Ilham Aliyev said in an interview with Russia’s TASS.ru news agency on October 19.

“In this case, the priority is the political will of the Armenian and Azerbaijani leaders. From our side, that is present. I reaffirm our position once again, especially today, following the announcement of 13 liberated communities and following defeat by the Armenian army. Azerbaijan is showing its advantages in the battlefield. Despite this, not wanting to continue the bloodshed, and wanting to save people’s lives, we are ready for this issue to be resolved through political means,” said President Aliyev.

The president also noted that Azerbaijan is committed to to the basic principles of negotiations, which include the return of the territories surrounding Nagorno Karabakh, discussions regarding the future of Nagorno Karabakh, and return of refugees. And that following the settlement of these issues, the deployment of foreign peacekeepers will be agreed upon by Armenia and Azerbaijan, he noted.

On the same day the news agency also released an interview with Armenia’s Prime Minister Nikol Pashinyan who expressed readiness to meet President Aliyev in Moscow for talks on the conflict.

Responding to the reporter’s question about his openness to meet Aliyev, Armenia’s Prime Minister Pashinyan said, “The Nagorno Karabakh conflict must be resolved exclusively by peaceful means, that is our position.”

Pashinyan mentioned that the settlement of the conflict over Nagorno Karabakh should be based on compromise.

“And if there is no readiness from the other side, we are ready to fight to the end for the rights of our people, the rights of our compatriots in Nagorno Karabakh. This is the position of the Armenian government, the people of Armenia, the Armenian Diaspora, and I think it is an honest, constructive position,” Pashinyan continued.