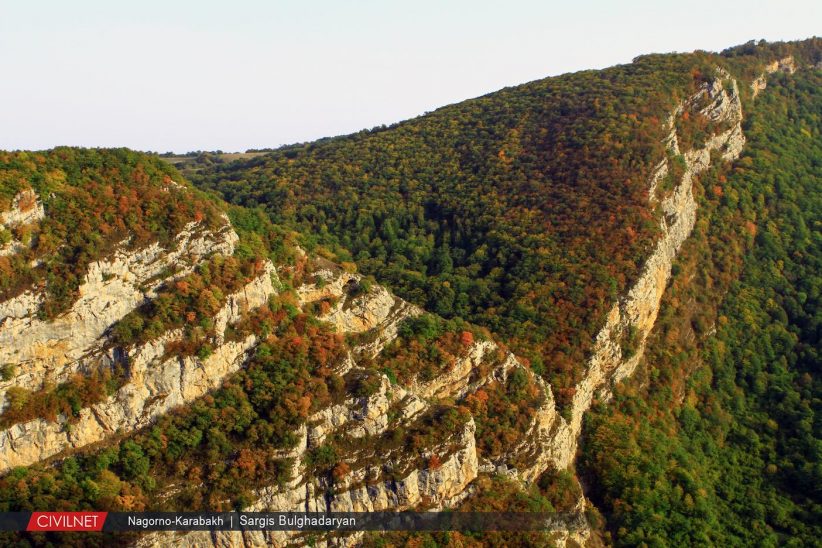 I have spent my adult life as a political professional and a secular leftist living in the United States, and the past four weeks have shattered many of my illusions about the world. What we need to understand, living in this moment, is not political language, but moral and prophetic language. What we need is a modern Sermon on the Mount and the Sermon of the Damned.

1-  Blessed are the people of Artsakh, who in their resistance, are the true modern heirs of the Spanish Republic and the besieged civilians of Sarajevo.

2-  Blessed are the 18 and 19 year old conscripts who have given their lives defending the graves of their ancestors and temples of their Gods.

3-  Blessed are the old people and the children living in the basements of Stepanakert refusing the fate of their ancestors to be driven off their land.

4-  Blessed are the women lighting candles and praying in churches every day for the safety of their loved one, who in their fate refuse to believe that evil will have the last word in history.

5-  Blessed are the Armenian people who in their unity in the world have proven Dostoevsky correct, when he said, “Love in action is a harsh yet beautiful thing compared to love in dreams.”

6-  Blessed are the school mothers who get together all day to weave camouflage meshes every day to protect their children from the evil drones.

7-  Blessed are the middle school kids who get together every day to pack away boxes of food to be send to the volunteers at the front.

8-  Blessed is the 60 year old security guard from our building who volunteered to go to the front to fight alongside his son.

9-  Blessed are the brave journalist from around the world willing to give their lives to cover the aggression against Artsakh despite being targeted to be killed by the regime in Baku.

10-  Blessed are the volunteers returning to Armenia from around the world to fight fascism in the mountains and valleys of Artsakh.

1-  Damned are Human Rights organizations who refuse to condemn the beheading of Armenian soldiers and the execution of civilians in Artsakh.

2-  Damned are the Western diplomats and their “both sides” statements.  They are pathetic lackeys, half men, who in their moral blindness see equality between  the demands of the oppressor and the rights of the oppressed.

3-  Damned the Georgian states pro-fascist neutrality that allows the daily transport of death and jihadists through its air space while lying about it.  They are truly the moral heirs of Stalin.

4-  Damned are the Israeli arms dealers.  A disgrace to their ancestors who long ago taught the world that God is a God of justice.

5-  Damned the United Nations who chooses respecting borders established by Stalin over investigate war crimes being committed against civilians in Artsakh.

6-  Damn the Western Press who in its selective objectivity serves the interests of genocidal oppressors.

7-  Damned are the moral relativists who don’t believe evil exists in the world. It does; we have seen it for four straight weeks.

8-  Damn Erdogan, the latest fascist leader barfed up by the last unreformed fascist state in Europe.

9-  Damn the international left, that due to its idiotic identitarian politics refuses to speak up for the oppressed people of Artsakh who don’t necessarily check mark the traditional victim boxes people are used to defending.

10-  Damn NATO, a front organization for western arms dealers whose second biggest member is the biggest state sponsor of terror in our times.

I end with a question for the western world. You have told us for years that Russia and Iran are evil rogues states and supporters of terrorism, but let me ask you this: why is it that they are the only ones not doing evil here? Why are the Iranians the only ones to condemn the beheading of Armenian soldiers when none of the  “civilized” leaders of Western Europe have?

Eric Hacopian is a U.S. political analyst and a CIVILNET commentator.