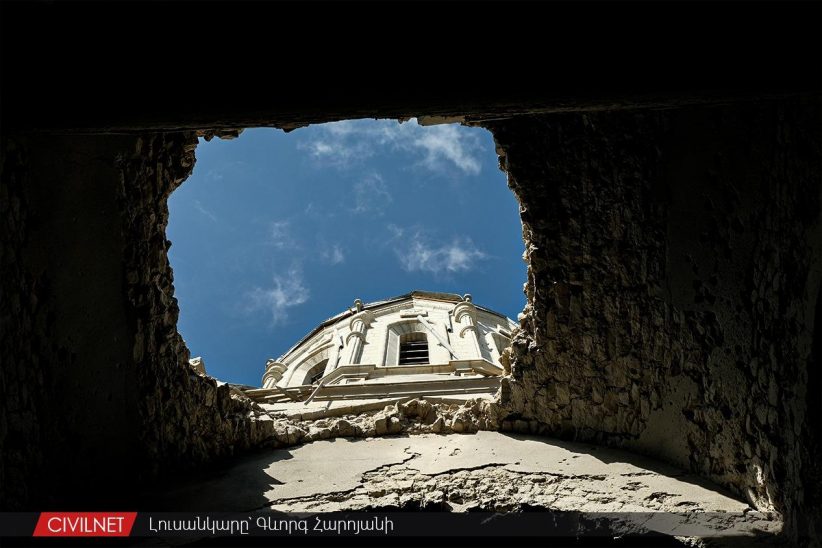 Starting from 1PM on October 28, Stepanakert and Shushi came under heavy artillery shelling, leaving one civilian dead and others injured.

At 2PM, the Azerbaijani government accused Armenian forces of artillery shelling against the town of Barda, Ilham Aliyev’s aide claimed there were heavy civilian casualties. Barda is where the Azerbaijani army’s 1st Corps command is based.

Later in the afternoon, Stepanakert’s recently-built medical center came under direct attack in what was described as an aerial bombing. Patients and staff had been moved to underground facilities in advance, so no casualties were reported during that attack. Vicinity of Shushi’s Holy Savior Cathedral, previously damaged by guided missile strikes, was also bombed.

Earlier in the day, the Karabakh Defense Army described much of the fighting underway as “localized,” and taking place in the southern direction. In his daily press conference, Armenian Defense Ministry’s Artsrun Hovannisyan said that “low-intensity” fighting continued throughout the day.

The Armenian Defense Ministry published names of more than 1,000 servicemen killed since September 27. Whereas, Azerbaijan refuses to publicize its military casualties, social media-based research has documented more than 1,000 military deaths as well. The Syrian Observatory for Human Rights estimated more than 200 Turkish Syrian mercenaries killed in combat and more than 2,000 involved in the fighting.