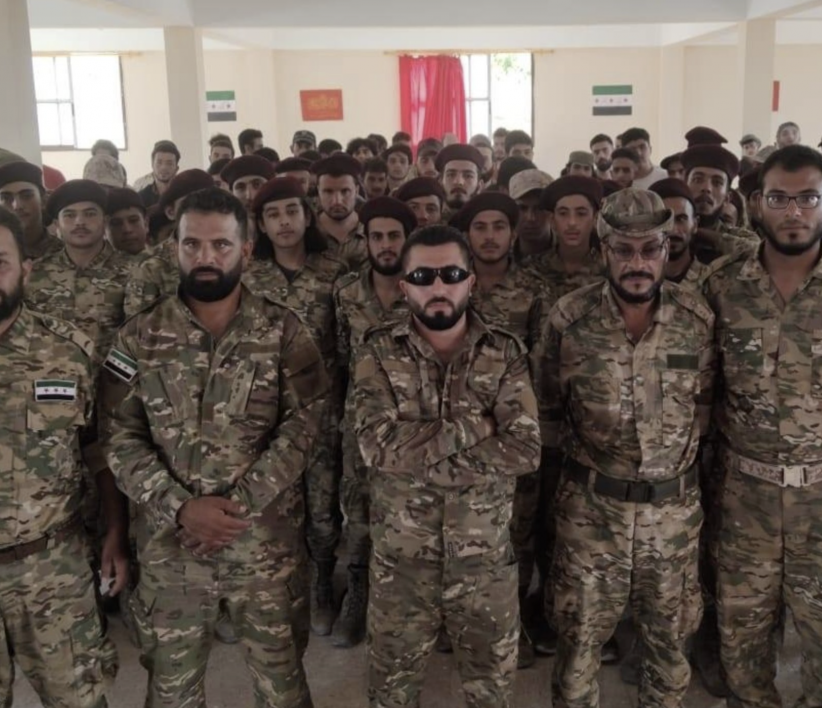 The Syrian National Army (SNA) has published an obituary for the Sultan Murad Legion commander who was killed in Azerbaijan by the Karabakh Defense Army. The obituary confirms the announcement of his death by investigative reporter Lindsay Snell. 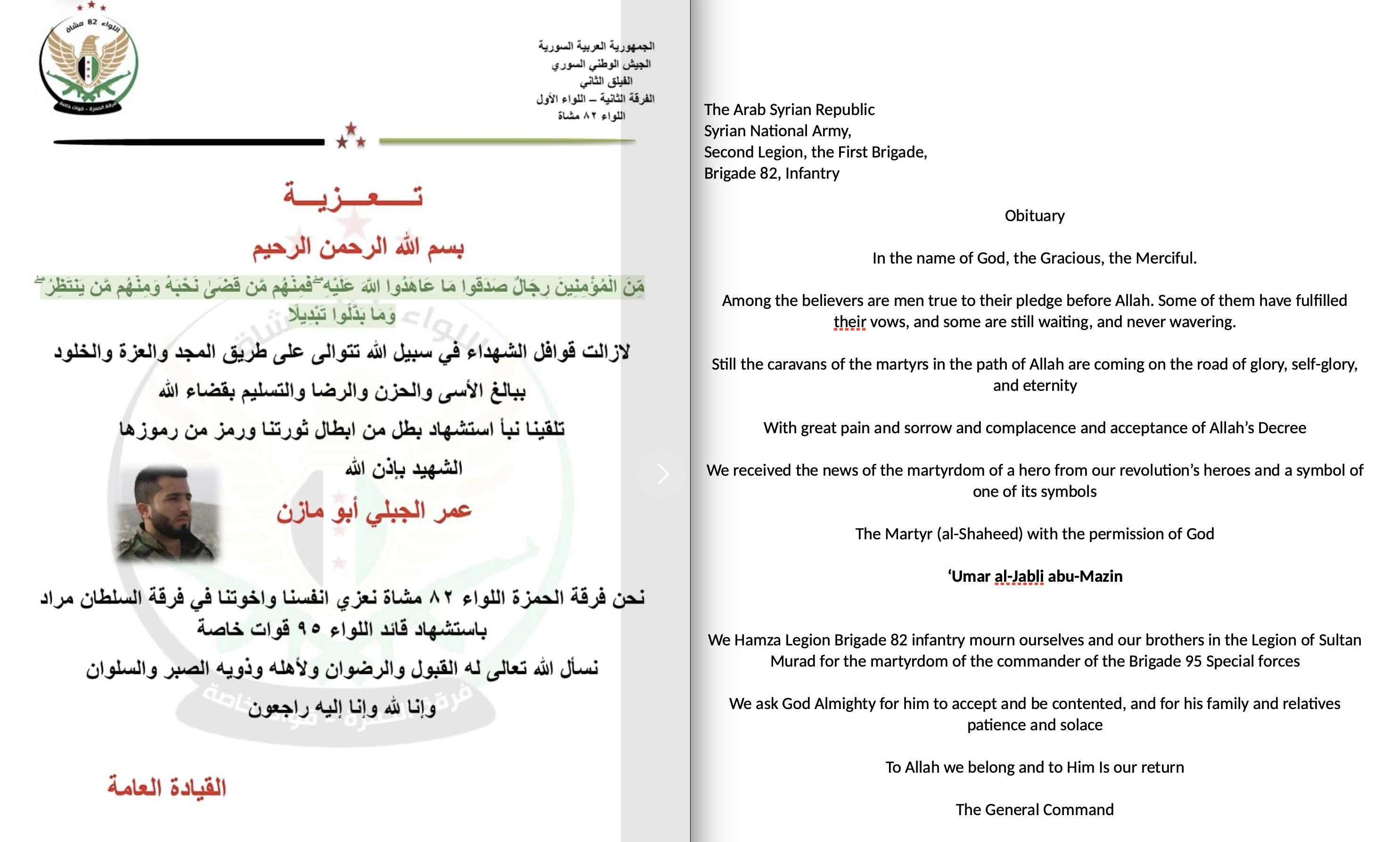 Armenian forces have so far announced the capture of two Syrian mercenaries fighting alongside Azerbaijan’s military in Karabakh. One of the mercenaries says that he was promised $2000 per month for fighting in Karabakh, plus an additional $100 for each “head of an non-believer”.

“They [Azerbaijani forces] would lead us to towns and tell us to attack,” says another captured Syrian mercenary in Karabakh.

More than 2000 Syrian fighters have been sent to Azerbaijan by Turkey last September, a new report from Syrians For Truth and Justice (STJ) says.

“STJ has confirmed that their [Syrians] number reached at least 2000 on 13 October 2020; and that they were taken to Azerbaijan in three transfers (250 fighters in each). We have also verified that most of them are affiliated to the Syrian National Army (SNA) of the Istanbul-based National Coalition for Syrian Revolution and Opposition Forces – the political umbrella of the Syrian opposition forces –, while the others are civilians who were prompted by the woeful economic situation in Syria to accept the ‘Turkish offer’, though they have never carried a weapon before. Recruitment took place mainly in areas held by Turkey and allies, including Afrin area (Olive Branch Areas),” the report says.

For the report, STJ interviewed 19 sources, among them senior leaders in the SNA and registrars of the fighters – who are known as ‘brokers’ and are associated with armed groups and Turkish intelligence – fighters who have already been transferred into combat and others on the waiting lists, among them civilians, in addition to relatives of fighters killed recently in Azerbaijan.

A day after Azerbaijan launched the war on Karabakh, The Guardian reported that its staff have spoken to men living in the last rebel-controlled corner of Syria, who said that thata decade of war and poverty had made them keen to register with militia leaders and brokers who promised work with a private Turkish security company overseas. They expect to travel over the border to Turkey before being flown to Azerbaijan.