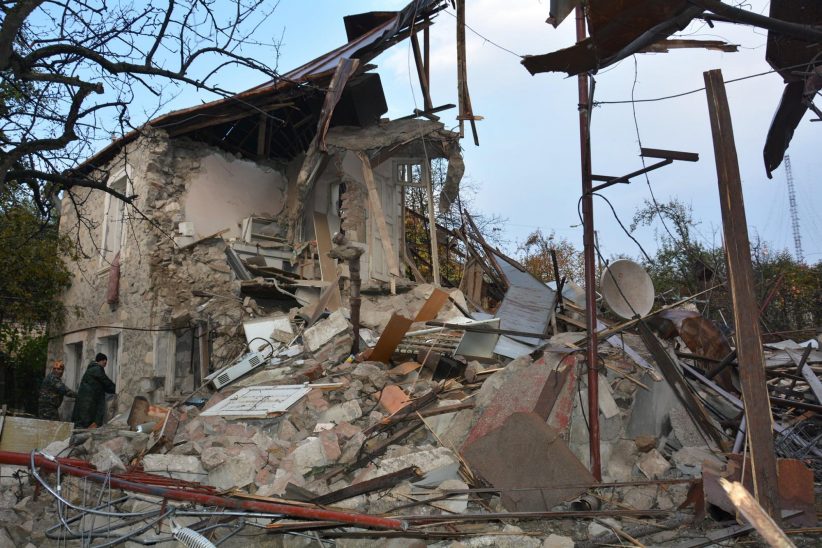 Throughout the day on November 6, internationally banned cluster munitions and rockets were fired at Karabakh capital Stepanakert. An elderly woman and her grandchildren – Svetlana Mkrtchyan, Erik Hakhumyan, and Arkadya Hakhumayn, respectivley – have died.

The bombing has caused destruction in residential areas.

“A rocket has landed on a house in Stepanakert, three civilians were killed. Thanks to search and rescue operations by the Rescue Service, their bodies have been removed from the ruins,” Karabakh Human Rights Office said.

At around 12 noon, bomb sirens were heard in the cities of Shushi and Berdzor.

Additionally, he night of Nov 5-6 saw shelling in civilian areas.

“Azerbaijani-Turkish forces kept the cities of Shushi and Stepanakert under intense fire all night,” the Armenian Unified Information Center wrote.

On October 23, Human Rights Watch confirmed Azerbaijan’s use of cluster munitions in Karabakh.

“During an on-site investigation in Nagorno-Karabakh in October 2020, Human Rights Watch documented four incidents in which Azerbaijan used cluster munitions,” the report said.