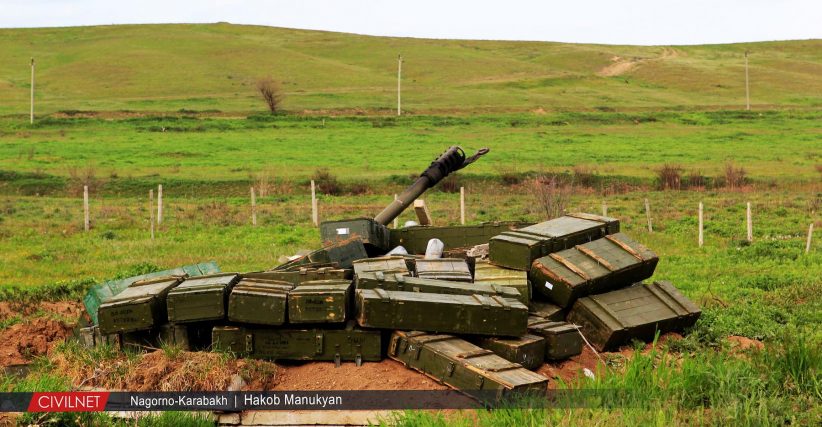 The battle for Shushi has been going on for the last two days. Having made significant gains with drones in the flat southern plains, but unable to make visible advances through the mountains, Azerbaijan is making an effort to secure a symbolic victory in Shushi.

“If May 8, 1992 is Shushi’s Liberation Day, then yesterday will be marked as Shushi’s Defense Day.” Artsrun Hovhannisyan, representative of Armenia’s Defense Ministry, said today during press briefing.

The road through Lachin to Karabakh, which also leads to Shushi, has been closed on and off as fighting continues nearby. Armenia’s Ministry of Defense says that tactical-squad groups, including subversive groups, elite subdivisions, and mercenaries approach the Shushi road with light, high-speed armored vehicles.

So far, they have been repelled. If the road closes permanently, an irreversible humanitarian crisis would emerge in Karabakh.

According to Hovhannisyan, the battles in other parts of Karabakh are relatively light.