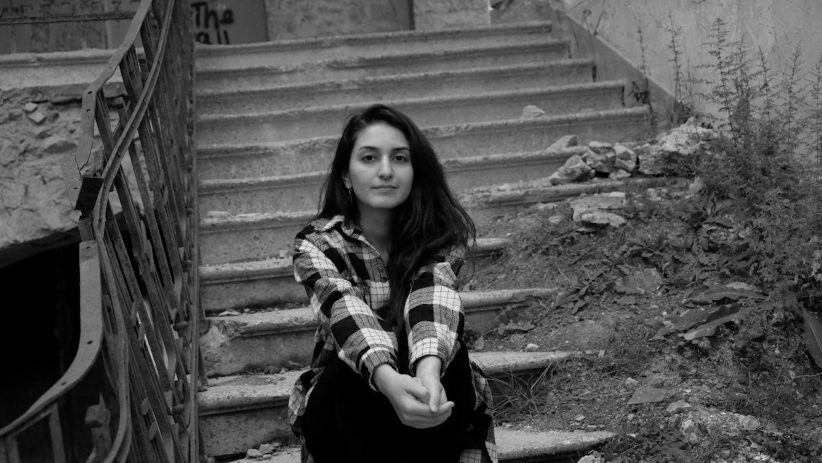 Shushi was bombed again. The war continues, more and more refugees and many more wounded. Not to mention the eternal loss… Today I want to tell a story from the first Artsakh war. I will not name the locations, it’s not of importance.

War. A group of young and not so young men are fighting to get rid of the enemy and establish independence in their land. Food? Sleep? It was all just a dream… The battle was not for life, but for death. Losing meant the end of everything and everyone.

The moment came when one group captured an important city. This city was key in terms of winning the war. The peaceful inhabitants of this city who sympathized with the enemy had already left via a corridor. But there were still those who did not have time to escape. The operation was successful. The city belongs to them. One of the most difficult obstacles to independence has been overcome. How long have they been waiting for this? How important it was, how many lives they saved by this.

In the midst of the chaos of victory, one young man, 20-22 years old, who was a part of this day, stood and looked around, trying to realize what they had managed to do. He looked at the houses that were left, and at another city, which from now on was saved from the enemy’s hail. “I stood, drowned in these thoughts, and suddenly I heard a sound from one house. Are there still people there?” In a fit of curiosity and surprise, he entered the house – with a gun in his hands. Nothing is visible… He walks further, and… An old woman is sitting on the couch, crying. Nearby is her son, with a gun in his hands, trembling. And next to his two children and his wife is a man… Everyone is crying. A young soldier stands in front of them, they look at him sadly, say nothing, they are afraid. The man in the house is not a military man, he hardly knows how to use a weapon (this was evident from the way he holds a gun). What to do? What if they attack? But after several minutes of tense silence, the soldier lowered his gun. The woman began to sob… Probably from happiness. Finally the man from the house spoke up: “Don’t kill us… We are ordinary people. Ours ran away, they left us. They knocked on the window, threw a gun at me and said: defend yourself! Now, I never even fired a single shot…” Both dropped their guns. The soldier went up to the children, bent down and said: “Do not be afraid, I will not touch you, no one will touch you, I promise!” He took them away, himself towards the corridor, made sure that everything would be fine with them.

Since food was not an everyday luxury, the soldiers were given two cubes of sugar to eat or drink with water just in case they ran out of bread. Glucose… They didn’t know when there would be a chance to eat or find the other two lumps of sugar, so they were very anxious and were afraid to even take this chance. Stored permanently for the worst case. Our hero had the same two sugar cubes with him.

At the end, during the farewell, the soldier leaned over to the children, pulled out these two cubes and said: “Take it, they say – there is a lot of glucose, and this is important. You need to eat them so that your head does not spin…” He said goodbye to them. The man from the house turned around, looked at him, said nothing, just looked. They didn’t really talk that much during all this time. But in his eyes there was boundless gratitude… And the soldier looked approvingly, as in, this is how it should be. No one said a word, but everyone understood each other…

These are the things that happened during the first war. This is a real story and I personally know the soldier who gave his last two sugar cubes to the children. Perhaps these children have grown up and are now on the frontline, fighting against the son of that same soldier. Who knows? But I really want to believe that just like the lives of these people, this war will be stopped by the same “two cubes of sugar” on both sides…