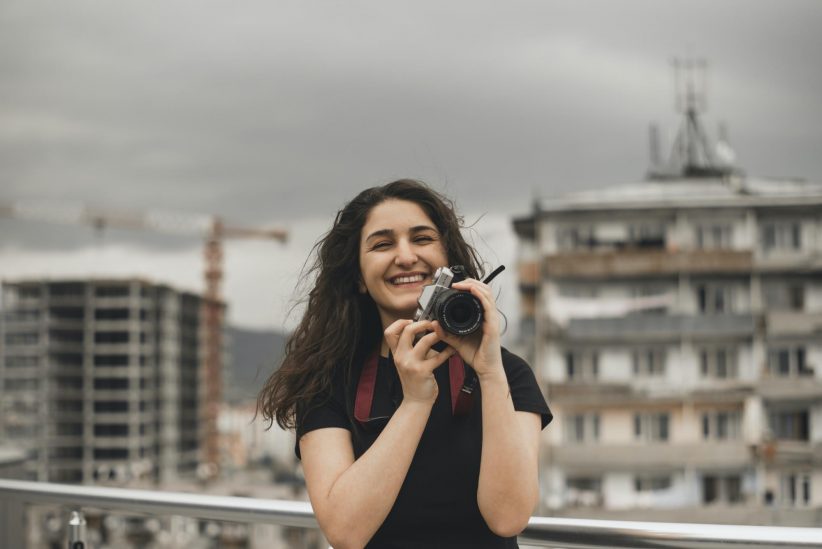 One month. For 744 hours we have been living and going through war. We have lost 1006 of our best men. We’ve lost almost a whole generation of men born between 2000 and 2002. Thirty nine civilians who were living their lives have died, including children, the elderly, and people with disabilities. Ninety thousand people (60% of Artsakh’s population) were forced to leave their homes and find refuge. More than 20,000 children are deprived of their right to education. Mothers lost their sons, who they carried for nine months, and then protected them though all their lives. Children are left orphans.

So many people learned what it feels like to have no home and shelter. People who never asked for anything, who worked day and night to make ends meet, now know the meaning of  “getting help.” Karabakh children are getting looks of pity. I hate those looks. All my life I hated them. “Oh God, you are from Karabakh? Oh, well, that’s okay, that’s okay…” This look, as if you are terminally ill but you don’t know about it yet. Yes, life here was never easy, but I hate it when they treat me like a victim. Now all these children know how it feels.

We were born here, and of course, we have always realized that we were born into a war (sometimes widely active, sometimes active only on the frontline, but still – in war). But the love for home and for the land was and is above all fears. We too visited other countries, fell in love with architecture, seas, cuisines, people, but we always returned to our dear, small home…

We have gone through three completely useless truces this month. The first humanitarian truce (October 10th) lasted for 4 minutes. The second (October 18th) lasted for 5 minutes and the third (October 26th) lasted for about 45. We learned the true face of the international community and all organizations that constantly deliver big words, speak about values, human rights, peace… We learned that people in this conflict zone are not human beings, because their lives have no value, unlike those who live in a powerful state. We realized once again that our only defenders are the 18-year-old boys standing in front of the fire. How can we live to be worthy of them?

During this time, I lost my relatives, friends… When someone from my friends posts a photo of a fallen soldier on Facebook, I’m afraid to look at the comments – is there “condolences”?

Let this be a post about how a sister misses her brother, and not a goodbye. Today, the sister of one of my good friends posted his photo. I looked at it and immediately turned off the phone. If I don’t know about it, it is not true.

But it’s not that simple… It was true, my friend is dead. How? How can a person I studied English with, who always had time to ask how I am doing not exist anymore? What should I tell his sister? My condolences? Be strong? Everything will be alright? .. All words seem to be stupid, incorrect, disgusting. But to say nothing is not good either. Who needs a hero brother? Everyone needs their brothers alive… But life gave us no choice. Our life stopped on September 26, after which the same day would repeat for 31 times.

I would also like to write about those who sit on the couch and shout: “Let the Iskanders out!” “Don’t yield a single meter, soldiers!” I won’t share my personal opinion on this matter, no one wants to give up a millimeter of land, which has the blood of our brothers on it. But I believe this is not fair. Only those who are now on the frontline and literally stand in front of the bullets have the right to talk about it. Otherwise, it would mean “go and die so that my ego is satisfied” (I read it on Facebook, I don’t know who the author is, but it was well said).

Throughout the war, we saw the true faces of many: we have revised the lists of friends and relatives. We have a chance to measure the words of everyone who has shouted through all these years. It has never been easier for me to distinguish people, really. But I want to talk about those who saved face and humanity while being in hell. Those who continue their work, who help, do not complain, who endure and support. Those who risk their lives to save others. Those who write, call after each sound, whose voices tremble with excitement for your life. Those who make pancakes for us in the basement because we have lost our appetite and won’t eat anything else. Those who send us medicine, warm socks with pom-poms, Nutella, Pringles and sour cream. Words are not enough to express what I feel.  People are strange, they came up with a simple “thank you” word. But it might not express the deepness of gratitude…

In the midst of this chaos and grief, I have got another favorite track – Joan Baez – Donna Donna. If before there had been some songs good enough to dance or cry to, this song became my friend in war. The one that muffles the sounds of bombs on a dark and cruel night.

So far, this is the only thing I am going to take with me from this war into the long-awaited normal life.

The Politics of Decision Making and the Nuclear Option