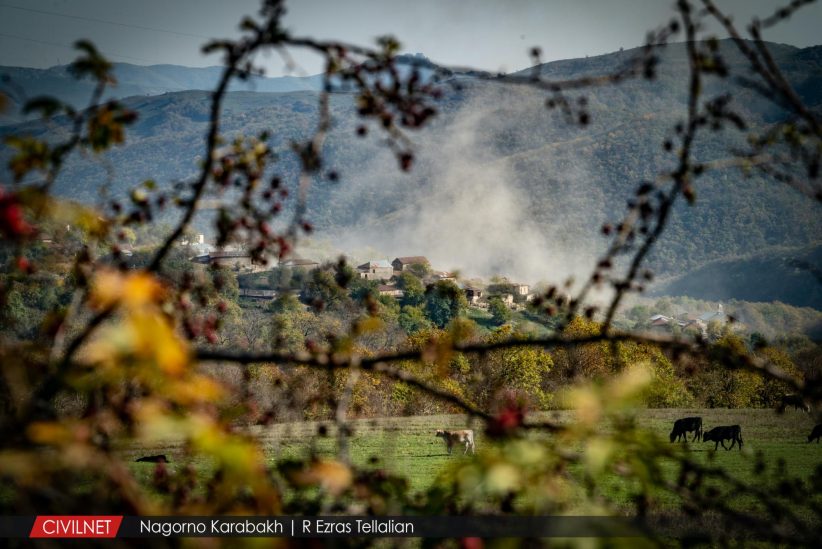 The good Scotch flowed smoothly in a spacious Glendale backyard on Saturday night a month ago. It was September 26 and Dr. Alexander Gevorgyan, a surgeon who specializes in facial reconstruction, was enjoying his friends’ tales of hunting in the mountains near Bishop, California as they indulged on a Macallan 18 year-old scotch whiskey and the even more rarefied Macallan 25.

Then someone’s phone rang. It was Sunday morning in Karabakh and war had erupted. Azerbaijani forces were bombing the eastern towns of the mountainous region populated almost solely by Armenians.

By Monday, Gevorgyan was organizing efforts with his co-workers to send relief supplies to Armenia and on to the frontline. Blankets, bandages and coats were among the essential items they gathered to send. But, considered the most urgent supplies to send were tourniquets, that dreaded battlefield dressing vital to stopping extreme blood loss.

For the next several days, Gevorgyan, who was born in Gyumri in 1979 and moved to Yerevan following the devastating earthquake in nearby Spitak in 1988, anguished over what he could do to help. But, deep down he knew he had to go help the wounded. He told his wife, Anet.

Anet was silent for several seconds. Then she swallowed and said, “You know you have kids.”

The couple hugged and he rationalized his case. “You and the children will be safe in Los Angeles. But there are a lot of children fighting and they will need my skills. There are 18, 19-year-old boys fighting. They are our kids, too.”

Anet knew she couldn’t stop him. The only thing she could do was make him promise to come home safely.

Gevorgyan, who has lived in Glendale since arriving in America in 2010, landed in Yerevan Oct. 9 and arrived by car to Karabakh the next night.

Tuesday afternoon, a man wearing a black outfit that matches his beard and hair is walking up a narrow dirt path away from the hospital towards a narrow, partially paved street. A dirty van turned into a makeshift ambulance races by the man walking. It is taking two soldiers whose bloody wounds have been staunched at this site to a more sophisticated hospital in Stepanakert or maybe even Yerevan.  As the van drives off, two explosions are heard in the distance. Soldiers and workers implore a journalist not to give the location of the hospital. They don’t think the enemy would bomb here if they were aware of the hospital location. They know it.

The man in black is Dr. Gevorgyan and, as he is about to sit down on a concrete block, a soldier hurries over and respectfully puts down a red blanket.

The doctor stares at a reporter for couple of seconds. “I heard there was a journalist here who wanted to interview me, but I didn’t want to leave the hospital to talk to anyone. I am not a star. But the commander told me the journalist came from Los Angeles, so here I am.”

He looks around the dusty corner where three soldiers stand guard.

“This is where I arrived that first night. It was absolutely pitch black and there were probably a million stars in the sky above, but I only looked up for drones,” he says. “You can hear them. Then came vans with the wounded, speeding up and making this turn,  down this hill to the hospital. It was chaos. In my training and at work of course I have seen bleeding patients after car accidents, but the quantity of bloody people I saw that night is something you only see in a war zone.”

Morphine and its relatives are used liberally.

In the nearly three weeks he has been here, Dr. Gevorgyan says relatively few of the soldiers who’ve been brought to the hospital have died. However, he says heartbreakingly, some of the soldiers “do arrive with wounds that are not compatible with life.” He stops talking and looks at the blue sky above. In the distance several more explosions are heard.  “Sometimes doctors can’t do god’s work. We are only doctors.”

The teams of doctors and nurses perform their duties with resolute efficiency, he says. “Everyone knows what they need to do and they just do it. Stopping bleeding and extreme pain is the first steps. Number one thing is to stabilize them. I don’t even know their names. We don’t have time to chit chat.”

He gives utmost credit to the special group of people whose job is to go to the actual battlefields – be it a city street or a field – and pick up the wounded. They often have a red cross painted on their car, but lately that doesn’t protect them from being attacked.

The thought that a car with a red cross painted on it is targeted, the thought that he has to tell a journalist not to say their location because the hospital will be bombed, starts to enrage Dr. Gevorgyan.

He stands up. “Tell the story. I have to get back to work.” And Dr. Alexander Gevorgyan walks back down a dusty dirt lane toward a hospital somewhere in Karabakh.

Another Ceasefire Had Ceased