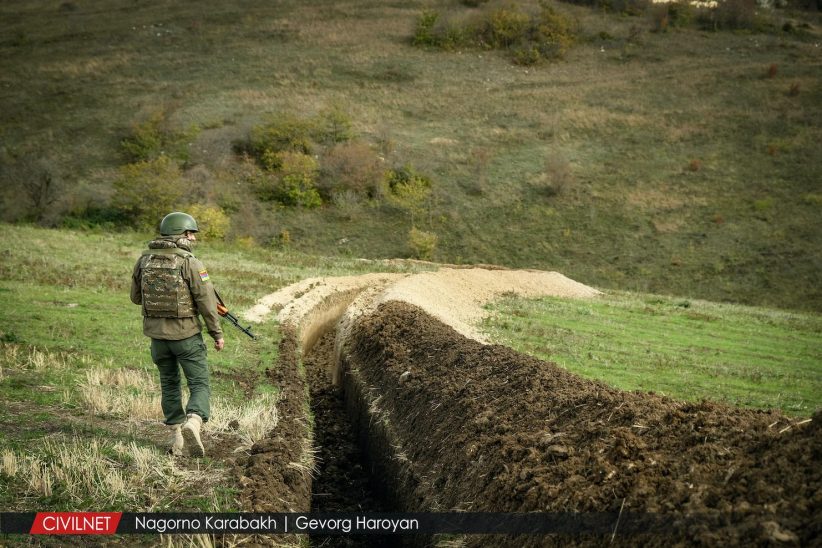 “What ‘cease’? says Gevorg Haroyan, a CIVILNET photojournalist, with a very rudimentary knowledge of English, allowed to go to one of the fronts of the war here. “Only fire.”

As he stood Monday afternoon on a ridge overlooking a valley a few kilometers from the embattled town of Martuni, Haroyan and a team of journalists from seven countries, accompanied by several soldiers, watched and sensed / experienced as explosions of varying significance detonated, some outgoing, some incoming.

Another ceasefire had ceased. 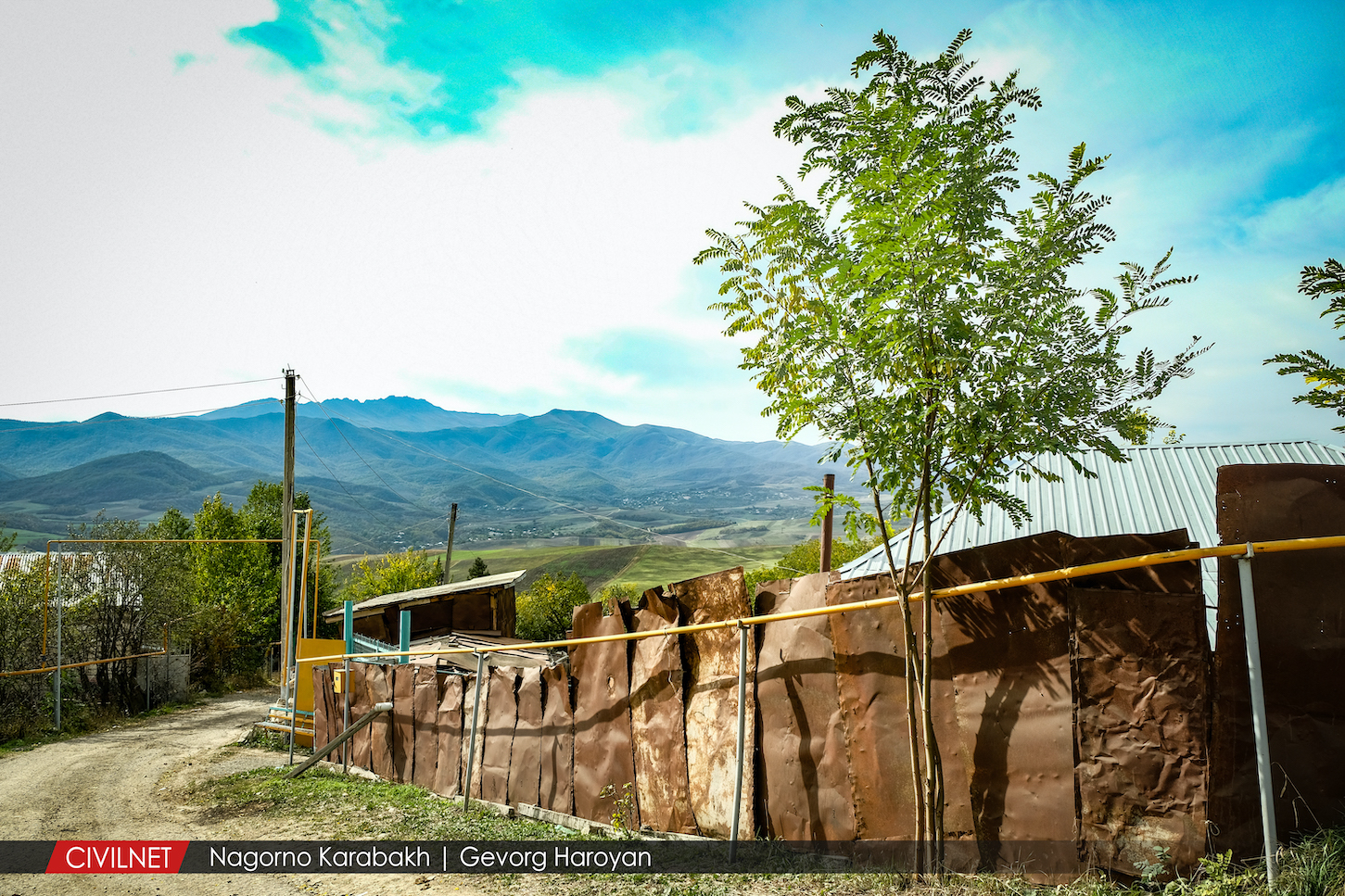 At 8:00 am, local time, Monday, October 26, a ceasefire between Armenians and the attacking Azerbaijani forces was to go into effect throughout Karabakh, which has been a war zone for a month. The ceasefire had been announced the day before with much fanfare. Even the heretofore-silent American President Donald Trump publicly referred to it in a campaign rally.

But, this ceasefire hadn’t even officially begun when, inexplicably, the Defense Ministry of Azerbaijan accused the Armenian forces of “grossly” violating the agreement. How does one violate an agreement before it starts, social media asked. The Azeris quickly deleted this statement, but it did not help their credibility and supported skepticism about their commitment to a ceasefire.

Shortly after the 8:00 am start time, the Ministry of Defense of Artsakh announced that the Army was strictly adhering to the agreement.

By early afternoon, this was all a moot point as the artillery shells were heard throughout the region.

The van carrying the journalists was forced to continue traveling by soldiers and came to a stop near an abandoned store. From near a 20-foot wide crater in the adjoining field. A single German shepherd appeared and curled up against a twisted metal fence. Whenever an explosion was heard, the solders went quiet, the journalists worried and the dog yelped loudly, then put his head back down.

A crusty, silver-haired man about 65 years old with a Kalashnikov slung across his back walked by the group. He smiled at one journalist and said something unrepeatable about the other side in this war, and walked down the road.

Another Kalashnikov carrying man, this one 34, overhears the older guy’s comments and laughs. He is a history teacher in peacetime, but since September 27, he has been in battle. He looks forward to the day he can return to the classroom and teach his students about this particular bit of history. He says he will teach this chapter “with a lot of pride.”

Also Read: 90,000 Civilians Have Fled Their Homes in Karabakh