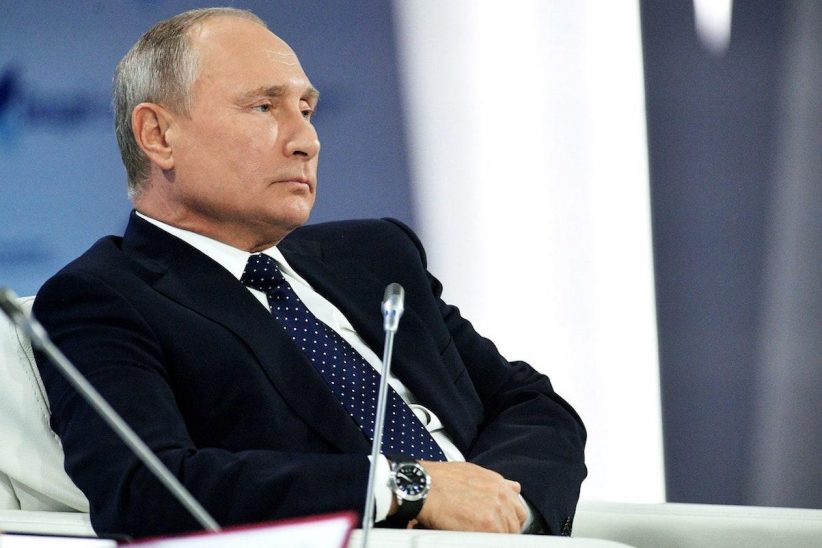 “For Russia, Armenia and Azerbaijan are equal partners,” Russian President Vladimir Putin said during a meeting of the Moscow-based Valdai Discussion Club on October 22.

He noted that Russia has always had special ties not only with Armenia but also with Azerbaijan, adding that, today the conflict is taking place in the worst possible way, with the number of victims approaching 5,000 on both sides since the start of active operations on both sides.

Putin said that, “No one is more interested in the settlement of the Karabakh conflict than Russia.”

“Unfortunately, it is a fact that serious crimes were committed against the Armenian people in Sumgait and then in Nagorno Karabakh,” said Putin, adding that, “We offered various options for the settlement of the Karabakh crisis, and at a certain point, it seemed that we would find a solution, but unfortunately, that did not happen.”

The Russian president mentioned that several times a day he speaks on the phone with Armenian Prime Minister Nikol Pashinyan to try to find a compromise on Karabakh.

Amid continued fierce battles on the Line of Contact between Karabakh and Azerbaijan, on October 23, Armenian and Azerbaijani foreign minister will have separate meetings with the US Secretary of State Mike Pompeo.